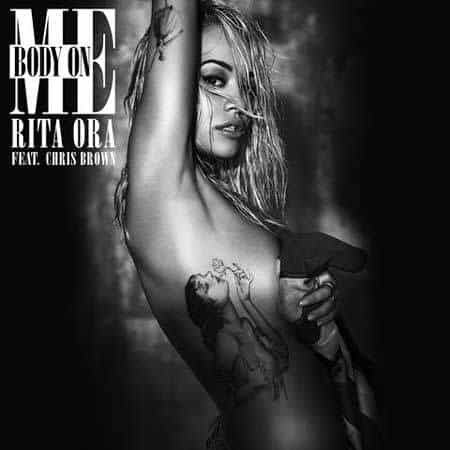 The track is available now for digital download and streaming via digital subscription services.  The steamy slow jam marks her first US release and will be followed up by her US debut album later this year.  The video for the sultry track was shot in L.A. earlier this summer and was directed by Colin Tilley (Justin Timberlake, Kendrick Lamar).

“Body On Me” is shaping up to be her ninth top ten single in the U.K. and is heating up the U.S. charts. iHeartRadio recently tapped Rita Ora for one of their coveted On The Verge slots which began on August 17th. On The Verge is a six-week program and includes on-air exposure as well as significant digital and social support across iHeartMedia’s network.   The program is based on key tracks and artists that iHeartMedia’s programmers are collectively passionate about and the highly successful program has proven instrumental in the development of successful and highly credible emerging artists such as Iggy Azalea, Tove Lo and many others.

Rita will embark on a tour of select U.S. markets this summer starting in San Francisco on August 25th at The Independent.  The tour will make stops in Los Angeles, Las Vegas, Atlanta, Boston, New York, DC and wrap up in Chicago on September 17th at Lincoln Hall (see below for full list of dates).  In addition to performing her current single, Ora will perform songs from her debut album (which entered the UK charts at #1 and spawned four consecutive #1 singles).  Tickets go on sale via www.RitaOra.com/tour .

Away With The Fairies Day 6