Rising pop powerhouse JUJ will be performing a live session at Z100’s Dunkin Donuts Iced Coffee Lounge at iHeartMedia Studios in New York City on Tuesday, July 9th. The Los Angeles based recording artist is excited to return back to New York City for a special performance of songs from her debut EP: JUJ, It’s U which dropped in May. JUJ, It’s U has amassed nearly half a million plays across various streaming services due in part to the standout single, “Mood.” A reworked version of the track featuring Roc Nation hip-hop artist Vic Mensa will premiere this Thursday (6/27) through the pop culture, music, and fashion magazine NYLON.

Spectators can expect JUJ to perform “Mood” and other popular tracks off JUJ, It’s U like “Black Mirrors.” The session will be JUJ’s first visit back to New York City since her sold-out EP listening party that included an exclusive collaboration with street wear giant Champion.

When asked about her trip back to the east coast she says, “I am so excited to come home to the east. I haven’t been going back as much this year because I’ve been really focusing on music, so I didn’t even come home for Christmas. NYC and Philly are my home and roots, so it’s always good to go home and recenter.”

Z100’s Dunkin Donuts Iced Coffee Lounge is a great platform for up-and-coming artists. The lounge has hosted acts like Noah Cyrus, Jon Bellion, Troye Sivan, and Grammy nominated singer-producer Brent Faiyaz. iHeartMedia recognizes JUJ’s star potential and is thrilled to have her rock the #DDICL stage next month. She adds, “I am so excited! I have been watching all the videos and I’m so honored and stoked to perform my original songs in the city they were inspired in.”

For updates and more information about JUJ please refer to her official website www.imjustjuj.com 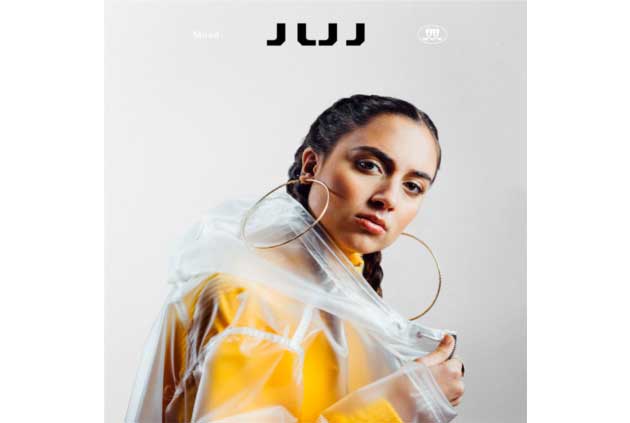 JUJ is a rising artist from Philadelphia creating music in Los Angeles. Making music for her restless generation, JUJ encourages them to fight for what is right in the world. She sings with the vocal passion of Lady Gaga, the drive of Demi Lovato, and writes with the youthful perspective of Khalid. JUJ sings to kids from the projects to the burbs who feel trapped in their city and long to change their world. Her debut EP: JUJ, It’s U, is a combination of Pop & R&B with melodies like Jon Bellion that reflects the swag and strength of the city she grew up in. JUJ partly attributes her strength and determination to her mother, a former dancer who immigrated from Brazil to the U.S. at age 18. “She grew up so poor and moved here with $100 in her pocket, without really speaking any English at all,” says JUJ. “Knowing that she was able to do that was a big inspiration for me when I started to think about moving to L.A. on my own.” With her EP title nodding to the Brazilian martial art of jiu-jitsu, JUJ’s debut unfolds with a certain fighting spirit, even in its most vulnerable moments—a dynamic that she hopes might ultimately inspire others to fight for their own passion.