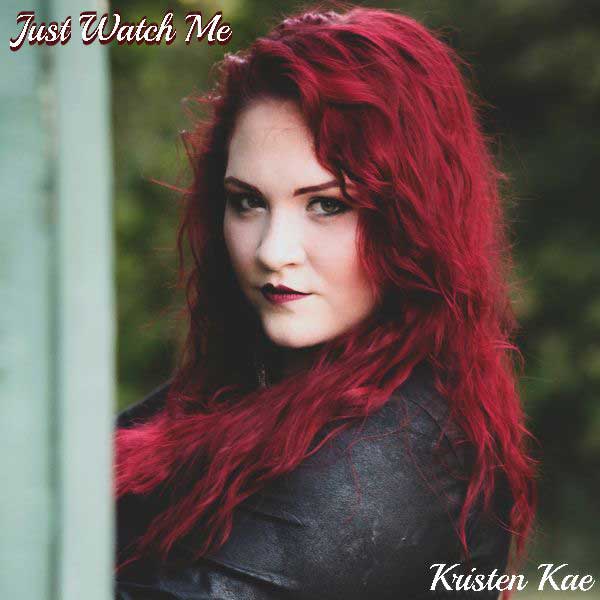 Singer-songwriter Kristen Kae released her debut single “Just Watch Me” on November 8th, 2019 to all digital streaming and download retailers. “Just Watch Me” was co-written and produced by Justine Blazer (Nashville).​  She is releasing her lyric video and hopes that the lyric video will bring her song to life and inspire all women and young girls to chase their dreams. “Just Watch Me” is a bold declaration of a strong young woman who won’t take “No” for an answer.  Kristen Kae’s command of the lyric composition showcases her talent for writing. “Just Watch Me”  leaves no doubt that Kristen Kae is a power to be reckoned with as she delivers her message with a charming smile and a devilish laugh. “Just Watch Me” sends a positive message of grit, determination and unwavering self-confidence in the face of commonly held skepticism within the music industry. Kristen Kae’s powerful vocals paired with a softer chorus highlights her incredible vocal range and diverse versatility as an artist.  Kristen says, “This is my first single. I wanted to write the song, so I co-wrote the song with Justine Blazer (Nashville) who also produced the song. I brought the lyric and concept to the table and Justine brought in the melody and fine tuning.  It was important to me that my first single be a reflection on how serious I am about my career in the music industry. This is my response to anyone who ever told me that I don’t have enough talent to make it in the music business.  Here I am, Just Watch Me!”

Producer Justine Blazer – “So excited to be Kristen’s producer on this song. Her voice is absolutely amazing and uncomparable to anyone else’s. Kristen offers great energy and a sound that today’s country music is missing. She is on fire, watch out world!”

In addition to working on her solo career, Kristen is a member of the All Female Country Group, The Highway Women.  She is recording with the group and will be touring with them in 2020.

Like Loading...
kristenkae music musicnews musicvideo newmusic newmusic2019 newsingle
Previous Article6 amazing tips for your glowing skin in winters
Next Article Can You Trust Your Applicants?