by Divine Magazine
in Lifestyle, Editors Pick
Reading Time: 3 mins read
A A
2

One day in 2016, a 12-year-old girl stepped onto the stage of America’s Got Talent with a ukulele in tow. The judges asked what she would be performing for her audition and she surprised them by saying, “I’m singing an original.”

“It’s about me,” answered the little uke player.

“Do you believe that you could win?” said Simon.

“Well I know miracles can happen, so possibly,” replied the girl.

Well, not only did the young musician get the coveted Golden Buzzer with her composition “I Don’t Know My Name,” she also won that year’s AGT competition.

Fast forward to two years later and Grace VanderWaal has become one of the Signature Artists of Fender. She also happens to be the youngest to have her own series of instruments by Fender, making music history and inspiring countless players to take up the uke. Let’s take a closer look at this fascinating young musician and what having her on board Fender’s list of artists can mean for the music industry.

The fact that Grace VanderWaal writes her own songs is something that not only the judges but also the worldwide AGT audience found amazing. Grace’s manager Jake Udell describes her as a prodigy, and fans from as far as Peru and Spain came to New York just to see her perform her own music.

According to her mom, Grace started making up songs and would sing them aloud when she was 3. Now, this isn’t too uncommon with young kids – children make up ditties and jingles all the time. However, with Grace, this continued long after that phase. She learned to play ukulele when she was 11. Her ukes then became her main songwriting partners.

“Writing a song is just such a refreshing way to just get something off your chest,” Grace says in an interview. And while she admits she isn’t that skilled yet to play solos, her work as a songwriter and her powerful voice and passionate performances definitely make her stand out.

Grace VanderWaal’s ukulele playing and songwriting skills caught the attention of the folks over at Fender, who instantly saw in the young musician an artist they would love to have in their family. Discussions ensued, papers were signed, ukuleles were designed, and now the talented songwriter can add ‘Fender Signature Artist’ to her growing list of achievements.

In October 2018, days before the launch of Grace’s first LP Just The Beginning, Fender announced the release of not one, but two ukulele models whose designs were personally chosen by the young artist. There’s the Grace VanderWaal Signature Ukulele and the Grace VanderWaal Moonlight Ukulele.

The Signature Ukulele is a concert ukulele that comes equipped with a pickup/preamp system so it’s stage-ready. This model reflects the artist’s boho chic style and features a sapele construction with gold hardware, a gold sparkle rosette and a Dark Walnut gloss finish. The Moonlight Ukulele, meanwhile, is a soprano-sized model, inspired by Grace’s first uke. It’s similar in style to the Signature Ukulele but with a Navy Blue satin finish.

As with other Fender ukes such as the Zuma – another Fender concert ukulele by the way – the two Signature Artist ukuleles have Tele-style headstocks.

Grace not only makes it as the youngest Fender Signature Series artist in history but also the first ukulele player to collaborate with the brand.

Fender hopes that in getting young Grace VanderWaal on board, a new generation of players will be inspired to take up the ukulele as well. Many of Grace’s fans have probably done so, and those that haven’t may be well on their way to choosing their first uke. It may or may not be a Fender – after all, there are plenty of more affordable options out there for beginners. 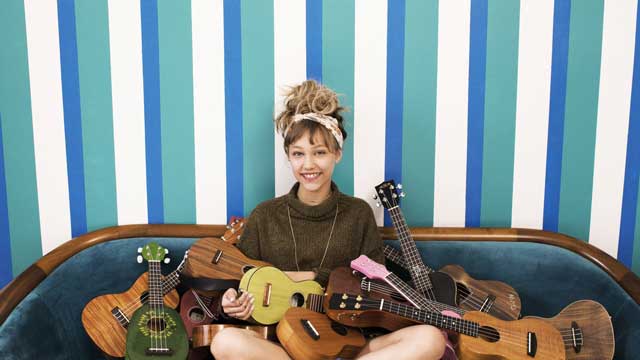 What we can clearly see is that when most folks in the music industry thought the demand for ukuleles and ukulele music has started to be on the wane, this young musician steps into the spotlight and makes the uke a must-have, must-play instrument again. Ukulele companies probably breathed a sigh of relief when sales surged back up because of a renewed interest in the instrument. And we don’t see this dying down anytime soon, thanks to a young musician that could.

Poor sleep isn’t new to most people. However, the COVID-19 outbreak has made it worse. Here are some tips on how you can sleep better during stressful times....