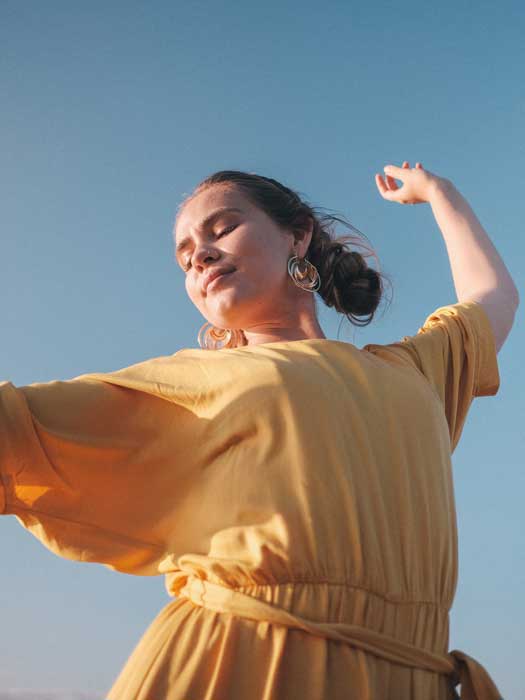 Alt-Pop songstress EVER unveils her intoxicating new single ‘Close’, due for release on the 23rd of August via Yada Yada Records. Instantly relatable and sonically enchanting, with ‘Close’, EVER offers an exciting glimpse of her incredibly bright future in the Pop scene.

After showcasing a spellbinding sound on her debut track ‘Bloom’, ‘Close’ sees EVER venture further into alt-pop territory in an organic and effortless way. With lyricism that’s easily accessible yet born from a place of authenticity; it’s not hard to understand why, even in the relative infancy of her career, EVER’s music has already struck a chord with so many.

Speaking of the track EVER explains:

‘Close’ is a playful story about being in a relationship bubble when you’re far from home. I wanted to capture that sense of losing time when you’re wrapped up in the intensity of a trip, whether it’s sorting out your problems and differences, or enjoying every second of each other’s company. I spent a lot of time getting this track right with kwassa (producer) to have the right energy to match the lyrics, but I feel we’ve struck the perfect balance. ‘Close’ conjures up images in my mind of warm weather, close relationships, deep talks and olive groves!

The release of ‘Close’ sees EVER maintain the momentum she garnered with the release of her debut single ‘Bloom’, which enjoyed support from the likes of BBC Introducing and Spotify’s Fresh Finds & Poptronix playlists. Featuring EVER’s soothing vocal, ‘Bloom’ showcased her incredible ability to craft a distinct sound that’s both warmly comforting and refreshingly innovative. ‘Bloom’ was penned by EVER and acclaimed session guitarist Jack Shepard (Fickle Friends), while production came courtesy of Scott Verrill (better known as indie-pop artist kwassa).

While EVER – real name Louise Smith – cites the likes of LANY, Tracy Chapman and Emily King as inspirations, it’s evident thats she not trying to emulate anyone. Her distinct sound, which almost defiantly refuses to be tied down to a single genre, appeals to fans of a multitude of different styles, but also proves to be instantly alluring to anyone who adores heartfelt lyricism and astonishingly atmospheric production.

EVER is currently working on new music, with a new single set for release every month, cumulating into her debut ‘Golden Hour’ EP release due October 2019. 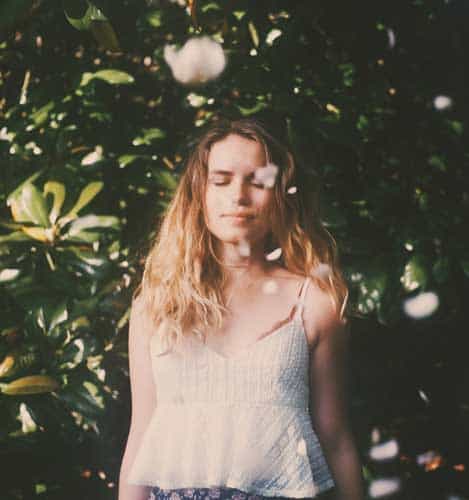 Effortlessly interweaving heartfelt lyricism with absorbingly alluring production, EVER’s music gracefully bestows an incredible sense of escapism onto the listener. Despite this, her music feels distinctly grounded in emotions that anyone can easily relate to.

EVER cites the likes of LANY, Tracy Chapman and Emily King as inspirations, but it’s evident that’s she not trying to emulate anyone. While, sonically, her sound is airily atmospheric and ethereal; her strong sense of identity is delicately embodied within her dazziling lyricism and astute production choices. Her distinct sound, which almost defiantly refuses to be tied down to a single genre, will appeal to fans of a multitude of different genres, but also proves to be instantly alluring to anyone who adores heartfelt lyricism and shimmering production.

It’s incredibly rare for an artist at the relative infancy of her career to have delicately crafted such a strong sense of identity, and even rarer for an artist to be able to encapsulate it so perfectly. With new songs due from EVER each month cumulating into her debut ‘Golden Hour’ EP, due October 2019, it’s clear that ‘Bloom’ represents the start of an exciting career for this awe-inspiringly talented artist.

Like Loading...
music newmusic newmusic2019 newsingle
Previous Article5 Compelling Reasons to Use Natural Cosmetic Products
Next Article Penelope Robin and 99 GoonSquad Ready to Get Lucky with Release of “4 Leaf Clover” Single and Video