Fun-loving and ever-rising artist, Benny Freestyles, releases a new music video for his adventurous and intimate single “Slow Motion.” The music video truly embodies the upbeat and joyous sensation partnered with every Benny Freestyles track and the robust and undeniable love and admiration for his partner.

Benny Freestyles has shown his creativity, passion, and admiration for his craft. The song “Slow Motion” is inspired by love and an intimate look into his personal relationship. “I wrote the track about how much I love my girlfriend,” and drawing from another famous love song, “it is also inspired by the song ‘I Love You Always Forever’ by Donna Lewis. This is one of my all-time favorite songs,” says Freestyles. When it was time to focus on a vision and concept for the video, Freestyles called up his longtime friend and videographer Sam Morrisey (Endeavor Studios), to create an aesthetic and telling visual experience synonymous with the vibe of the single “Slow Motion.” It wasn’t just telling the story of the song; they wanted to experiment with a new approach, “For this video, we wanted to try a different edit style than usual. We incorporated real-life iPhone footage into the visual. We also used photos and show footage.” A relationship can be a bit of a ‘love ride.’ Still, in this video, Freestyles wanted to both take the viewers on an emotional adventure in addition to one of actual physicality. Leading the viewers into Point Dume and Red Rock Canyon’s beautiful sceneries in California, everyone watching gets an escape to a tranquil landscape. A part of the joyride that the music video for “Slow Motion” takes you on is through show footage from Freestyle’s previous concerts in Portland and Boston showing off the reminiscent excitement of a crowd gathered together centered around a shared love of music. This serves as a nostalgia factor for the artist and those watching the video as well, with all of us in these times of struggle we’re facing together.

For Benny Freestyles, traveling the world has always been a massive part of his life. He has engaged with people, culture, love, and excitement all across the globe. Experiencing new perspectives on life has shaped Freestyles’ spiritually based music. The musician has released consistent projects and been on multiple national tours, collectively bringing in millions of streams on Spotify and Youtube. By releasing his music and touring the country, he has built a dedicated fan base worldwide, with his movement proliferating.

A letter of love, “Slow Motion” now takes on a visual journey through the intimate tellings of a blossoming relationship with true love from Benny Freestyles that is without question.

You can stay in tune with all things Benny Freestyles by following him on social media @BennyFreestyles. 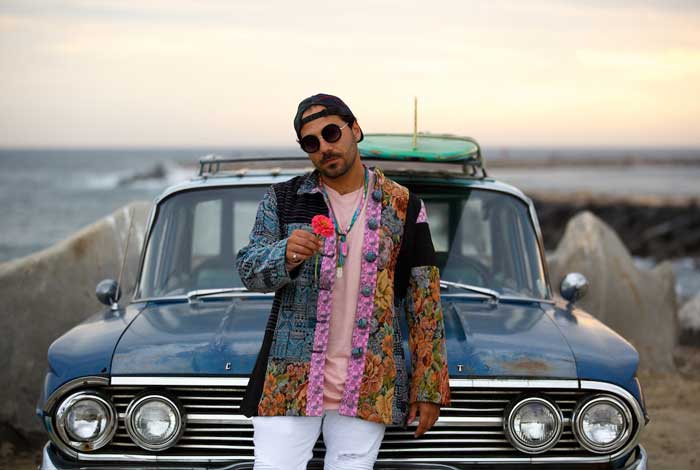