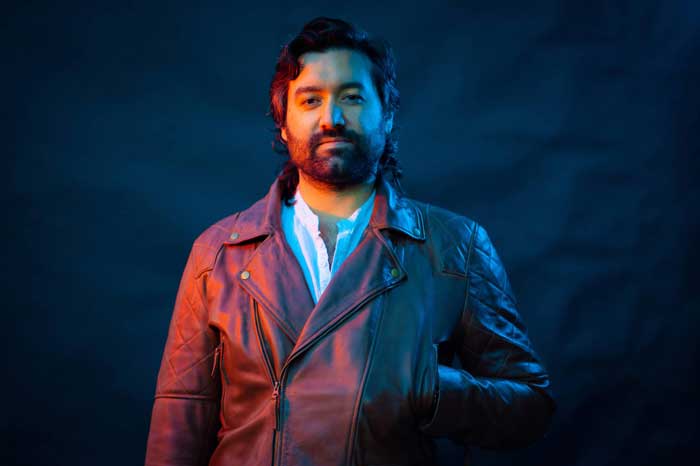 Alternative rock musician, Zachary Kibbee, dropped two new captivating bluesy garage rock-influenced singles, “Somewhere To Put My Gold” and “Come Back,” from his upcoming album Life In Low Fidelity, due out July 31st. In addition, Kibbee released an emotionally soothing bonus track, “Stay With You” which features fellow Los Angeles artist and NBC’s The Voice contestant, Jessica Childress. The song is currently featured in a commercial for the Charleston Animal Society. “Somewhere To Put My Gold / Come Back (Split)” is available exclusively on Bandcamp.

The two-song split opens with “Somewhere To Put My Gold,” immediately establishing a roar of energetic guitars accompanied by boisterous drums giving it a modern Led Zeppelin vibe. When collaborating with co-writers, Frank Palazzolo and Eric McNeely (who also produced the song), they wanted to encompass Kibbee’s “swagger” on the track, ultimately creating an exhilarating rock song. “Frank said he really liked my swagger and had a lyric that he thought would fit my style, ‘somewhere to put my gold,” explains Kibbee. “Naturally, I loved the idea, so we ran with that concept, swagger, and gold.” The second track, “Come Back,” produced by Joseph Holiday, is about the coming and going in relationships, both romantic and friendships, and how they tend to fade even when you don’t want them to. It’s led by polished vibrations of guitar, making them a staple in this modern bluesy head-bopping tune reminiscent of The Black Keys. As a bonus to the split, Zachary Kibbee decided to release “Stay With You,” an elegant, soulful ballad written alongside Jessica Childress (The Voice) and Dan Schechter (Dan & Drum). “After reminiscing about Motown and gospel music for a while, someone in the room said, ‘let’s go to church.’ So, we did. What came from it was a tender, but powerful ballad about being there for one another.” The soothing piano played by Greg Scott (Songland), followed by the delicate combination of Kibbee and Childress’ voices create a ubiquitous breathtaking experience.

Born in Los Angeles, Zachary Kibbee is a songwriter, musician, and producer, proficient in vocals, guitar, bass, and drums. At age fourteen, Kibbee picked up a bass guitar and started a musical journey influenced by bands such as the Red Hot Chili Peppers, The Black Keys, and Led Zeppelin. His songs have been heavily licensed for commercials including Victoria’s Secret, Volkswagen, Microsoft, and Uber Eats, and for film/TV like Ray Donovan, Daredevil, Lucifer, Shameless, Just Mercy (trailer) and more. Kibbee has toured the world several times over, sharing the stage with bands like Social Distortion, CKY, Eagles of Death Metal, and more. He is endorsed by Coffin Cases, GHS Strings, PigHog Cables, Reunion Blues Gig Bags, and Rockin’ Roller Carts.

Modern rock elements fused with captivating and intoxicating sounds are what make Zachary Kibbee special. His album Life In Low Fidelity is scheduled to be released July 31st. The “Somewhere To Put My Gold / Come Back” split is available now exclusively on Bandcamp.