Confident businessman Joel Rhodes sees the small California town of Lavender Shores as nothing more than a business transaction and a final stepping-stone to the position he’s been working towards his entire life.

It was supposed to be nothing more than one night in town to close the deal, and sleeping with one of the local men, no matter how gorgeous, meant nothing more than a few hours of fun.
Andrew Kelly is perfectly content with the life he has in his hometown. So much so, that the only thing missing is someone to share it with. Going to bed with a tourist was never meant to be the answer to his dreams, just a beautiful distraction. He could get back to looking for Mr. Right the next day.
Both Andrew and Joel’s worlds are turned upside down when a few hours of pleasure gets extended to a couple of days. Even that shouldn’t be a big deal. You can’t fall in love in such a short time, that isn’t how it works. However, if destinies collide, a few short days may be all it takes to find your soul mate. Even so, when secrets and motivations get tangled, destiny may do nothing more than leave two hearts in pieces. 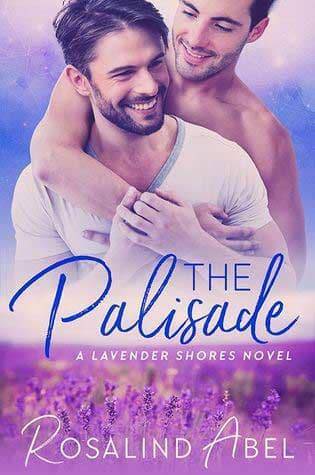 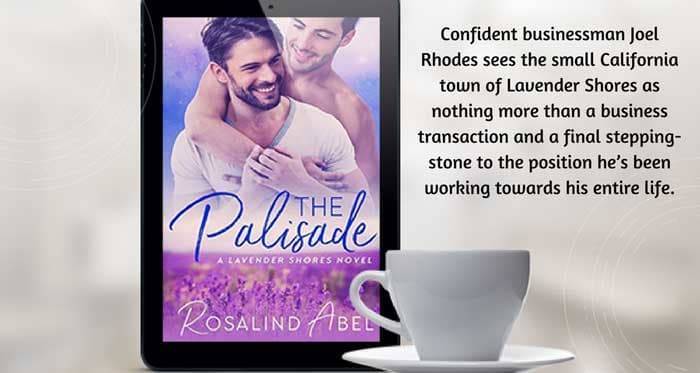 Rosalind Abel owes me a box of tissues. I swear, I felt like I cried from beginning to end and I’m still teary eyed now, straight after finishing it.

First off, I have to apologize for the lack of cohesive notes, as I normally jot down all my thoughts and feelings as I read. But, this time, 90% of my notes are quotes that I fell in love with. The first and most important being the amazing first page that introduced me to the main characters:

“He has green eyes – or maybe not. The romantic lighting and the distance between us made it hard to tell. Whatever shade they were, every glance he gave me was heated. No one had ever looked at me like that before. Sure, flirty winks, come hither stares, eyes darting toward a back room. But this man’s gaze made me feel…hell, practically naked. He only looked my way every few minutes; he was hardly staring. Even so, his glances told me my clothes had disappeared. His hands were touching my body. His breath hot against my neck. His–

“I had plans to do things to his body that would cause the Victorian bedroom set to lose its religion, no matter what all it had seen in the past century.”

Now, if that’s not a beginning to drag me ass-deep into a story then I don’t know what is. Because that’s exactly what happened. I was dragged, hook, line, and sinker into the story from the first line right until the last and I had no chance of escape.

What I also got right from the start was a glimpse of a dad so supportive of his gay son(s) that he was egging him on, encouraging him to make a move and never once even showed a flicker of disapproval in the entire novel. I just love the way that the whole town of Lavender Shores is LGBT orientated. Not just friendly, but completely rooted in being there for any and all LGBT people who need it, as are their long standing, straight-as-an-arrow and not-so-straight residents.

Weirdly enough, this story is in 1st person, which is normally my least favorite POV and one that I find lacks a lot of important information that I like to have up front. But, I barely noticed. It was so perfectly chosen and so suited that it took me until about 50% to consciously realize that I was reading a 1st person story as easily as any other POV. And, to make it harder, this is a dual POV in 1st, which means that both Andrew and Joel get to tell their story in 1st person, which is really difficult for an author to pull off at the best of times. But this one felt right. It felt like the only logical thing to do because it meant that we knew all of Joel’s secrets and the truth, so reading Andrew’s hope and all the things he wanted and thought about only hurt so much more!

And, I’m rambling…because it’s that good. And I really don’t want to give any spoilers, so I’m having to be super picky about what I share here.

“I’d seen it all with his hand in mine.”

Simple words. Said by every person who’d ever shaken hands during a first meeting. Words I’d just said seconds ago. But the way he said them…Like there was relief. Like he’d been waiting. Waiting for me.”

““I didn’t plan on you, though, Andrew Kelly. I don’t think I could’ve dreamed you up if I dared.””

“My soul recognized his. My body felt instantly at home. I just knew.”

Now, there are a few minor issues with the editing. But, as this is an advanced copy, I’m not taking them into account and even if I were to, they were so minor and I loved the story so much that I wouldn’t let them have any bearing on my rating. They were simply a couple of places where words were missing in a sentence or there were missing quotation marks, small things that didn’t distort the understanding of the sentence or break the mood, and I fully anticipate that they’ll be taken care of in final edits before the official release.

As for the cast? I fell in love. With Lavender Shores, with the people there, with the two MC’s and everyone we met! Seth was a riot! He was one of the craziest characters, besides Robert, and when Joel’s jaw fell open, so did mine. That little speech he gave while browsing Grindr was impressive and shocking and a classically brilliant mix of humor and honesty that I loved. Gilbert, as the best friend, was fun and interesting, while hoarding a dark secret that is hinted at within the story but which will be interesting to delve further into in later books. Lamont was, scarily, like looking in a mirror – an unattached romance writer, struggling with his career and not a social butterfly – but he was also so endearing and an excellent brother to Andrew when he needed it. There was a whole host of other brilliant characters, but these were the ones I loved best.

But what I really loved was that Andrew and Joel – and the other characters – were real. They were real people who cried, who hurt, who fell, who struggled. I had the same epiphany Andrew did when he saw Joel struggling to open a condom packet – he’s real! Yup, these men are real, alright. In all the best ways. They might be a dominant top, a power bottom and feisty and flirty in between, but they were emotionally raw, emotionally battered and scared men that are just like the rest of us. Not one of them was perfect or flawless.

I can’t wait to read Lamont and Seth’s stories, but I’m psyched that Gilbert gets to go first, in the next novel. Which, we’re handily told at the end of the book will be out next month, while the Lavender Shores website promises future releases in July, August, September, and October of this year, which tells me that I’ll be keeping back enough money from pay day to make sure I can afford each one the minute they’re released.

Now, the only way I can explain why I cried so much is to give you a few snippets that will, hopefully, not ruin the surprise or spoil anything.

“He’d come. Just like the sheriff with his two-colored eyes and his shiny pointed star had answered Sandra’s spell.

He’d come. Strong arms around my chest, around my heart.”

“And still Sandy Koufax grinned at me.”

“All that I’d envisioned swept away.”

“You gave me myself back, Andrew.”

“And I continued to break, shattering apart with my dreams of what my life would be, only held together by the protecting strength of my best friend and my brother. At some point, as I tried to breathe, I realized they were crying too.”

“I turned off the light and sank back into bed, knowing that like every night before, I’d dream of Andrew surrounded by the lavender blossoms of his palisade and I’d wake with tears in my eyes..”

I could prattle on and on about the chemistry between the characters, the brilliantly orchestrated plot and how, even though I knew the final fall had to happen, I was still shocked, crying and gutted when it did. I could tell you that I was surprised, that I fell in love, that I grieved, that I broke and it wouldn’t make a difference. Not until you read it yourself. Because, quite honestly, I spent 50% of this book smiling so much it made my face hurt, while I spent the other 50% crying. This is a kick-your-feet, blush-while-giggling, I-promise-to-ship-Andrew-and-Joel-until-the-day-I-die kind of read. You’ll laugh, you’ll cry and you’ll be all the better for it, because this is one story – one couple and one series – you don’t want to miss. 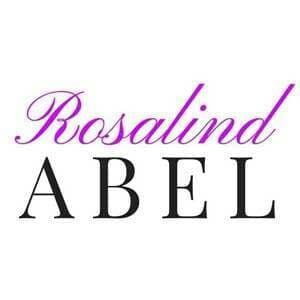 Rosalind Abel grew up tending chickens alongside her sweet and faithful Chow, Lord Elgin. While her fantasy of writing novels was born during her teen years, she never would have dreamed she’d one day publish steamy romances about gorgeous men. However, sometimes life turns out better than planned.

In between crafting scorching sex scenes and helping her men find their soul mates, Rosalind enjoys cooking, collecting toys, and making the best damn scrapbooks in the world (this claim hasn’t been proven, but she’s willing to put good money on it).

She adores MM Romance, the power it has to sweep the reader away into worlds filled with passion, steam, and love. Rosalind also enjoys her collection of plot bunnies and welcomes new fuzzy ones into her home all the time, so feel free to send any adorable ones her way.