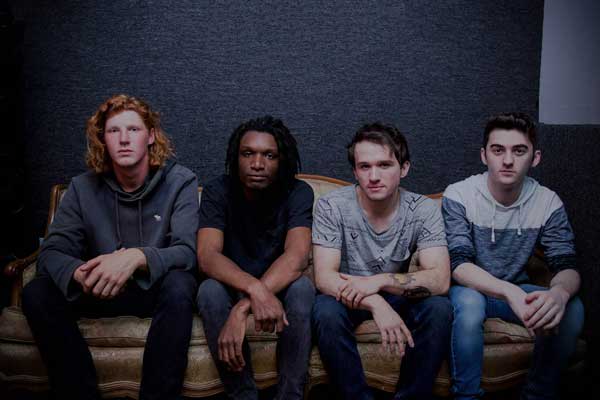 ““Sad Love Story” is the most powerful, emotionally charged song we’ve developed as a band. What started as a voice memo on a broken cell phone ended up being the track that brought us together as songwriters. Paying tribute to the mid 2000s alternative scene, “Sad Love Story” is the kind of song we could only develop working together, implementing everyone’s individual strong points. A booming chorus, beautiful strings and a theatrical sound, this is a track that you’ll sing along to.”

Coming together in early 2015, Silence the Radio was formed as a counteract to the metal and easycore scene of Providence, RI. Wanting to revive and revamp the timeless sounds of mid 2000s pop punk and alternative music, Jack Petit, Brandon Teh and Josh Nardine began the writing process for their debut EP “If It Helps You See”. Not long after, the group teamed up with Chris Piquette of No Boundaries Studios to complete the recording process of their hard hitting first album. With the release of their first EP, Silence the Radio found a connection with the New England local scene by offering their unique, yet familiar sound as a callback to days of power chords and unforgettable anthem choruses. Playing regularly in the Providence and Massachusetts area, they began to build a dedicated fan base, headlining shows in their hometown of Providence to packed venues, and providing direct support for national acts such as MAKEOUT (formerly Trophy Wives), Carousel Kings, Knockout Kid and countless others. Following the release of their theatrical single, “Knock Me Out” in the fall of 2016, and the addition of guitarist Thom O’ Rourke, Silence the Radio most recently released their latest EP, “Friendly Neighborhood Nightmares.”

To stay connected with Silence The Radio:  visit the social media links below: