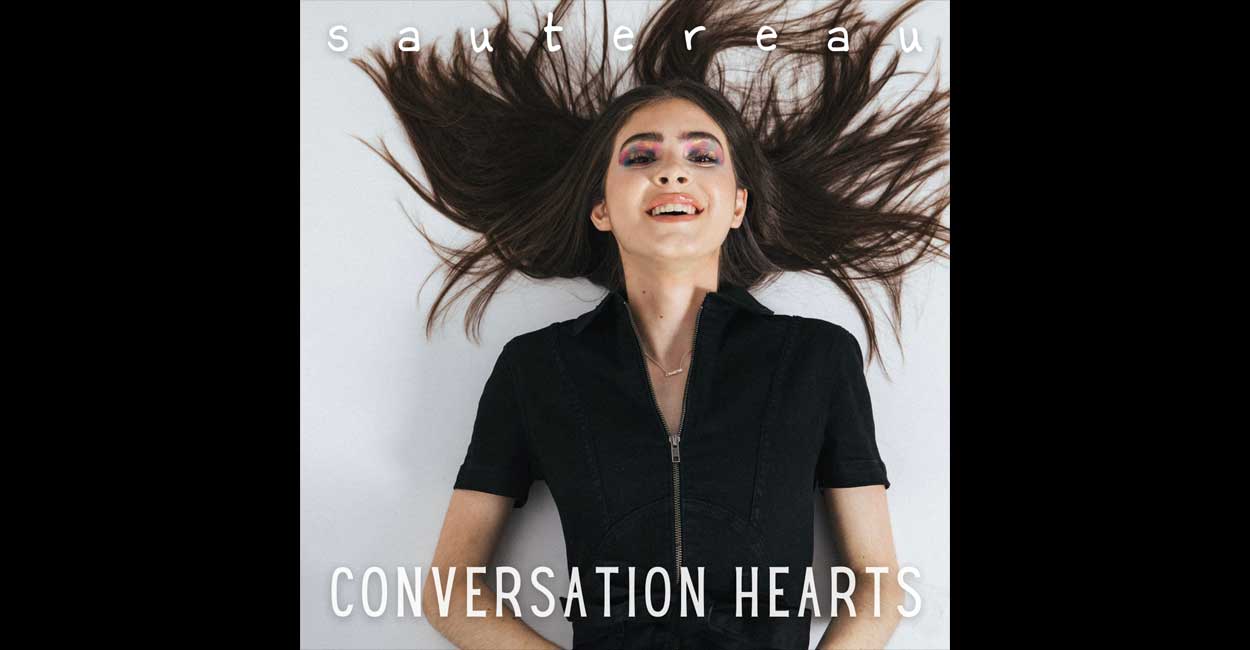 New York-based singer-songwriter, sautereau has just released her newest single, “Conversation Hearts.” The indie-pop anthem features an acoustic guitar accompanying sautereau’s silky-smooth vocals. The single is simple, yet sweet and is sure to keep the audience hanging onto every single note. However, “Conversation Hearts” is anything but another love song.

Sautereau explains the message behind “Conversation Hearts.” “This song is about the bittersweet realization of how fast time slipped by, while also feeling like it suddenly stopped. It’s about the frustration of not being able to do what we should have been able to do, but hopefully, still, acknowledge the good memories made with the few special people we were lucky to have around. It’s the reminiscing of old times to look forward to better ones. The lust for being closer to people, to that special person and your loved ones. It’s about feeling that spark, in spite of the boredom, in spite of the silence, and in spite of the loneliness.”

Sautereau was born and raised in Geneva, Switzerland, where she discovered her love of music at a young age. She first picked up a guitar at age eight because she wanted to have an instrument that she could carry around with her. To sautereau, music is more than just another of life’s simple pleasures. Rather, she maintains that music is something that brings people together. She attributes her musical inspiration to pop artists such as Finneas, Julia Michaels, and Jessie Reyez. She also admits that she looks up to lyrical masterminds Ed Sheeran, Joni Mitchell, and Elton John, to name a few.