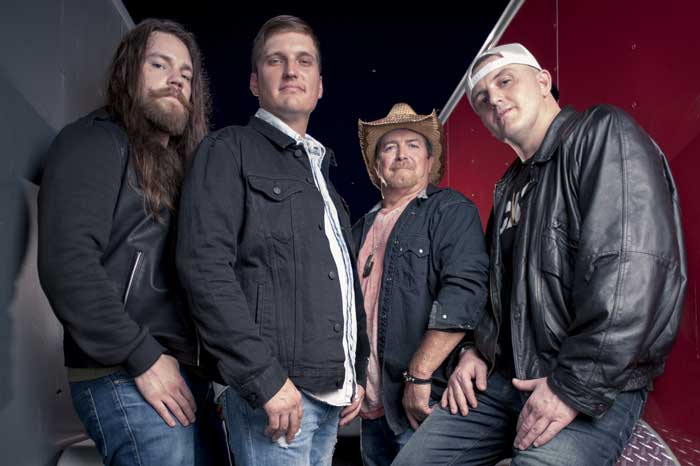 Country Band RIVERSHINE hailing from Louisville/Indiana released their sophomore single “Like That” on September 23rd, 2019.  The single is available on all digital streaming and download retailers ie; iTunes, Apple Music, Amazon, Google.  “Like That” is an upbeat tribute to the positive energy and power of love done right. “Like That” was written by Betsy Walter (Betsy Walter is an award-winning songwriter, producer, arranger and vocalist. As a Producer, she has 2 Billboard Top 10 Charting Albums, 1 Billboard Top 200 Album, and 1 Amazon Top 100 Best Seller),  Steve Mitchell (His music has been recorded by Craig Wayne Boyd- winner of The Voice, Kassie DePaiva- ABC’s One Life to Live, Sean Hogan-EMI/OnRamp Records and Adam Doleac-SONY/ATV out of Nashville 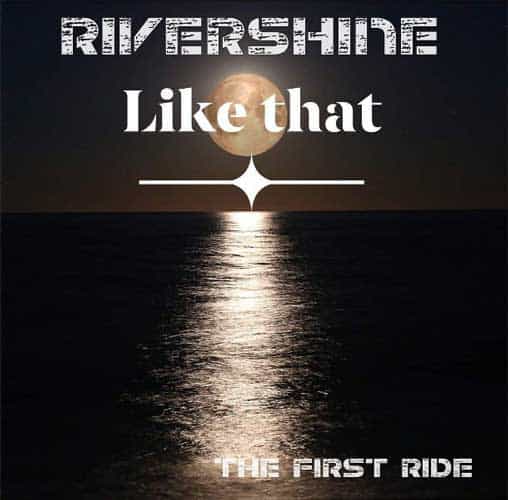 “As a songwriter, it is an amazing, humbling experience for an artist to connect deeply enough with the melodies and lyrics we write to really want to make it their own, record it and share it with their audience. RiverShine has done that, and not only is their recording of “Like That” awesome, the fact that they have made it a single and sent it to country radio, so it can be heard by the masses, is so inspiring and exciting!! I’m honored that RiverShine recorded “Like That” and anxious to see what the world thinks of the song because of them!” – Betsy Walter

The song was actually pitched to the band by one of the writers to lead guitarist/vocalist Dave Helbig who shared,  “It is such a great song, and when we heard it, we just couldn’t believe no one had cut it before?” The band was happy to take the opportunity and recorded the catchy ballad at Magic Shack Studios, with Executive Producers – Mark Slaughter and RIVERSHINE. The band took the song to production with Slaughter after sharing the single at live performances and on their radio tour.  On the heels of their successful debut “The Lover”‘ which was #60 on the Music Row Charts they are ready to push “Like That” up the charts.

Courtney Miller collaborated with the band to create the story line for the lyric video “Like That”. RIVERSHINE has been thrilled with how much the fans absolutely love this song at their live performances and the response to it during their short radio tour to promote the new single. Stay tuned for more new music from RIVERSHINE as they look to release their next single in the new year towards the end of January 2020!

Baptized on the banks of the Ohio River, Richard Chamberlain, Dave Jr., Alex Roberts and Billy McNicol made names for themselves on their home turf – together, they are RiverShine. Steadfast and true, RiverShine was conceived through the synergy of each member’s musical passion. “We walk a fine line. We’ve covered anything from Rock to Pop Country,” says lead guitarist, Dave Jr.  Their fans love the diversity the band brings to the stage and to their studio work, it taps into a familiarity almost any country, rock, americana fan will recogize and celebrate.

They have teamed up with producers Mark Slaughter, founder of iconic 90’s rock band Slaughter, and Sal Oliveri, known for his work with superstars ranging from P!NK and Kenny Chesney. RiverShine isn’t pulling any punches. One live show is proof that even contrasting minds can create something distinct enough to delight and inspire the masses.

Their debut single, The Lover, which released in late 2018 received a great response from the country music community including #60 on The Music Row Country Chart  & over 30K listening streams on Spotify. “The release of “The Lover” was a cool jab, but perfect timing, excellent production and reliance on the song to do the heavy lifting delivers the ultimate right hook, with RiverShine’s new video. It has everything, yet manages to keep it country cool. That’s how professional it is.  Just like the song, it hooks you in fast. It’s definitely our idea of country.”  – Think Country