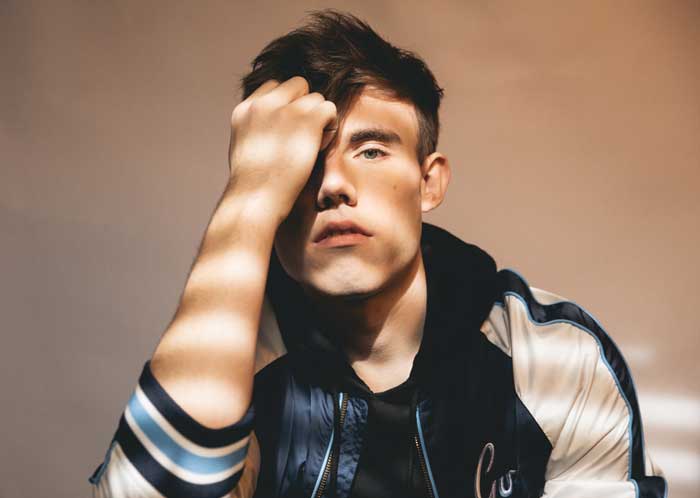 Asher Knight enters 2020 bold and bright, more than ever before. His latest single pop single ‘Without Out’ is his greatest track yet, and a lot different from previous material, and will be ringing in your ears all summer.

“Without Us” is one of my most vulnerable songs yet. Most of us have someone or a part of ourselves that we feel we can’t live without, and without them we can feel lost and can’t always cope. This song is about finding strength in coming together, whether that’s with another person or that part of ourselves we sometimes can’t reach. Together we can do anything!

My main artistic inspiration for this single was Taylor Swift, as she is able to take country lyrics that tell a story and mix it with modern pop tracks. This song I believe reflects not just a catchy hook but also a story that we can all relate too. Nothing though is more inspirational than living life itself and putting my own emotions into a song.”

Although Asher isn’t a country singer, he admires the stories told in the lyrics and is using that inspiration in his own songs.

Asher Knight is a 22 year old singer songwriter from Bradford, UK. Over the last 18 months Asher has supported Boyzone, The Vamps, All Saints and Steps on UK arena tours, bringing  his positive high energy performance to thousands across the country and building him a legion of loyal fans.

In 2018 Asher joined the ‘Power Of Muzik’ collective, an initiative created by celebrity vocal coach CeCe Sammy, which promotes positive messaging and awareness of important issues like Bullying and Mental Health through high energy live shows with young performers in schools across the country.

After the success of his last single ‘Step Back’, Asher has been in the studio working on and has written the next EP with hitmakers  Red Triangle (Charlie Puth, Take That) and Jon Maguire (Callum Scott, Kodaline).

Following the success of Asher Knights’ ‘Power of Muzik schools tour’, Asher was set to head on a 4 month tour of UK schools in partnership with children’s charity Barnados. Due to the current climate, this tour has cancelled but should hopefully be rescheduling later on in the year.