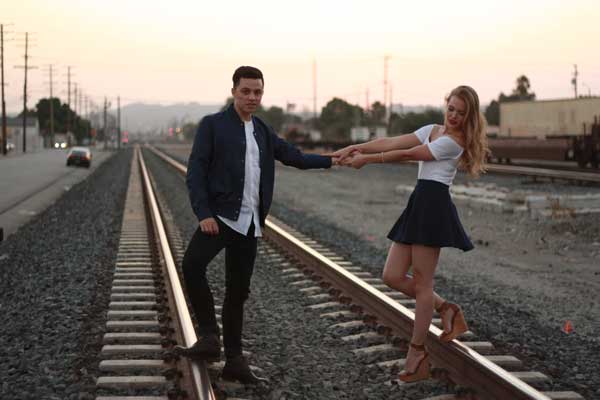 Born and raised in Southern California, Honey and Jude are so LA, it’s silly. Like something right out of Grease, their Danny and Sandy- esque charm keeps things fun and fresh at their LA-area shows.

The release of their debut EP, Summer Fling: Don’t Mean a Thing (2015) has been well received, gaining attention most notably from Music Connection Magazine, who named Honey and Jude in their “Top 100 Unsigned Artists of 2015.”

“There’s a definite commercial appeal to this duo, who exhibit well- trained vocal mechanics,” says Music Connection Magazine. “These performers have great energy, solid song craft and it is clear they’ve got musical theater in their veins.”

The repertoire ranges from bittersweet ballads that nod towards a 50’s era sound in “Not Worth a Song” and the dramatic “I Need You” to edgier songs that make being bad feel right in “Wrong.” And it wouldn’t be Honey and Jude without the over-the-top popalicious anthems like “The Lucky One” and “My Stupid Songs.”

Honey and Jude have collectively played several notable venues such as Hard Rock Cafe, House of Blues, The Foundation Room, and more.

Follow Honey and Jude to find out when you can see and hear them!