Singer-songwriter, producer and multi-instrumentalist Navina has been gaining industry recognition and momentum since releasing her first two singles ‘27 Hearts’ and ‘Circles’ in the last year. Her latest release, ‘Pieces’ premiered on BBC Radio London as part of a live session and Premier Radio’s Unsigned Podcast.

‘Pieces’ sees the songstress jumping back on the piano to bring you uplifting tunes inspired by baroque melodies and middle 8s that spreads the message that in life’s big jigsaw, progress doesn’t come instantly, it comes in pieces.

Now, to compliment the success of this feel good tune, Navina releases an equally as feel good visual, featuring the artist amongst friends in a lighthearted, playful environment. It echoes the epitome and essence of the track and shows the joy of the simpler things in life, such as playing games and just having a good laugh with your nearest and dearest. It’s a comforting watch and helps us all feel at ease with where we are currently in life, giving us a helpful and necessary reminder, that its ok to not have everything figured out yet and to take each day as it comes. With fun little visual hints to the song’s inspiration, this video really plays up to the songs upbeat, lively, happy-go-lucky vibe. A pure joy to watch from beginning to end, leaving your spirit feeling peaceful and lifted.

“I wrote pieces inspired by the concept of jigsaws and patience. I think more so than ever, we can try to display a life which has everything figured out on our online highlight reel. We try to find the answers in many different things when in reality, true contentment comes from looking above ourselves and the situations we find ourselves in, towards something greater. If we look back on where we’ve come from, we most often realise that we’ve come much farther than we need to go. Being content is merely just piecing together the good things that each day brings.”

drums and bass. Her debut release, ‘27 Hearts’ was track of the month on BBC Radio London, and was pick of the uploader on BBC Introducing, Spotlight Artist BBC Asian Network, Track of the Week and was playlisted on AppleMusic playlists: Best of the Week and Songs of Summer. Her music video also with her recent music video gained broadcast and support from Brit Asian TV as well.

Her recently released single ‘Circles’ was also Top Voted Track of BBC Radio Music 6 and pick of the Uploader on BBC introducing, including playlists on AlexBirdRainMusic (Indie Coffeeshop, Folk Acoustic, Indie Studying, Summer 2019, Relax Indie Chill), Relax Indie, EARMILK and features from the likes of Its All Indie and The Music Elk.

She was nominated as Best Unsigned Female in Best of British Unsigned Music Awards and named as BBC Radio 1 DJ, Yasser’s artists to watch, and has done numerous live sessions on BBC Radio London, BBC Introducing and BBC Asian Network.

“Navina has been acclaimed – rightly – by her many supporters at BBC Radio 1 and Asian Network as a gifted new artist of exceptional promise. Circles is skilfully written, beautifully sung and played, and easily the best sounding record in this entire batch. No wonder our readers voted for it in such large numbers – what’s not to like?” – Tom Robinson, BBC Radio 6 Music

“Navina is crazy talented! She has her own folk style of singing which is completely unheard of in the scene, such a likeable sound which makes you fall in love with her music instantly.” – Yasser, BBC Radio 1

“Indie folk singer, songwriter and producer Navina continues to impress with the charming and perfectly executed Circles. With a lifetime immersed in music and an ever-evolving instrumental prowess, it’s clear that she has a firm grasp of what makes a great song.” – Its All Indie

“‘This track has become my new fave – simple, pure, effortless, beautiful songwriting that one has to be pretty gifted in order to do. She struck us as an original – unafraid of supposed boundaries within songwriting. She is doing what she lives and loves and you can feel the joy in her writing. 5/5 from us here at FLS and we will push this all the way!” – Kwame Kwaten, Ferocious Talent

“Her voice is a sheer delight to listen to and sparkles with individual sounds that let you know she’s not trying to imitate anyone else and simply content to be the very talented musician and producer she is. Outstanding level of versatility I often find missing in an acoustic artist.” – We Close Tonight 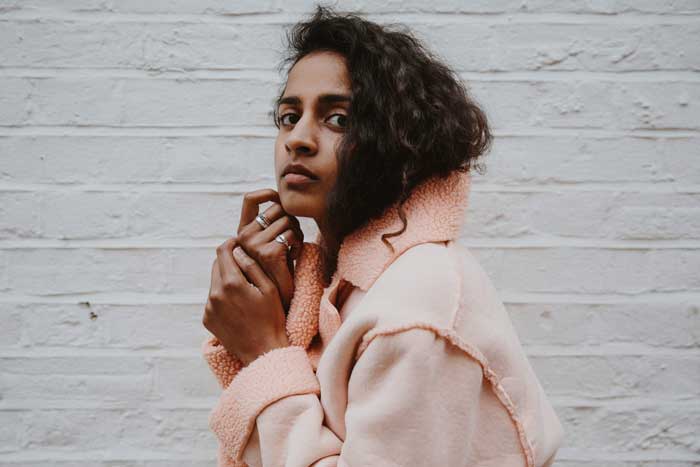