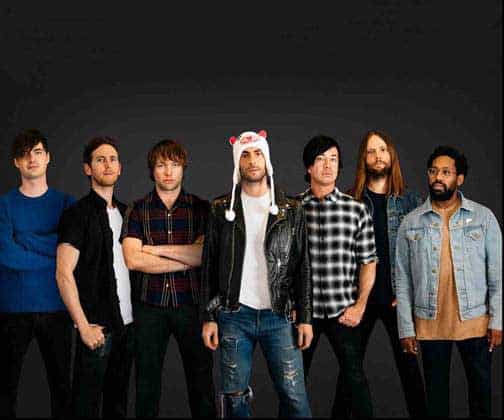 Directed by Joseph Kahn the music video for “What Lovers Do” is another larger-than-life cinematic affair—upholding a long tradition of epic visuals from the band.

With “What Lovers Do,” Maroon 5 has returned to the charts with an immediately irresistible new track.  The unique collaboration between the band and Top Dawg Entertainment artist SZA has quickly climbed up the Top 40 and HOT AC radio charts since its premiere and has already clocked 65+ million streams on Spotify and 25+ You Tube.

“What Lovers Do” is the latest addition to a series of infectious singles Maroon 5 have debuted over the course of the last year. In February, the band delivered the hypnotic single “Cold” featuring Future, which amassed over 236 million Spotify streams and 104 million YouTube/VEVO views. The release of “Cold” followed the group’s massive hit single “Don’t Wanna Know,” featuring Kendrick Lamar, which hit the Top 10 in fifteen countries and nearly 320 million YouTube/VEVO views. Both tracks follow on the heels of Maroon 5’s GRAMMY-nominated six times-platinum selling single “Sugar” —which has amassed a record setting more than 2 billion YouTube/VEVO views and counting.

Download/stream What Lovers Do