Ashraf never thought he could fall in love. So when he falls hard and fast for marine biologist Jamie Singer, it’s a shock to the system—in more ways than one.

Even if he can wrap his head around what love is and how relationships work, Ashraf’s not sure this is viable. He’s hydrophobic. And Jamie’s entire world revolves around the sea. What’s the point of trying if so much of Jamie’s life is inaccessible to Ashraf?

Maybe it’s time to take a leap—and sink or swim. 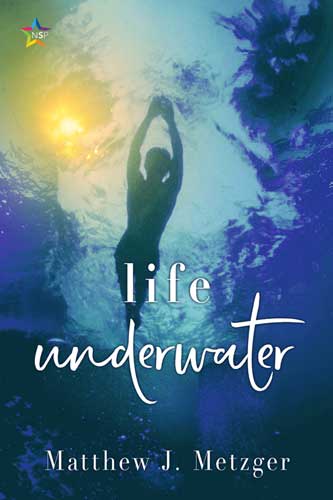 They had the morning to themselves the next day.

Professor Hanley wasn’t arriving—along with their Jordanian counterparts—until noon, which meant the others had elected for a lazy start. Ashraf got to wake slowly in a luxuriously big hotel room, with Jamie burrowed into his armpit and snoring lightly. He got to take the world’s longest shower without worrying about the hot water running out, and then drip-dry while Jamie took their own, before donning light trousers and a polo shirt and heading down to breakfast hand in hand.

“I like this,” Jamie said as they reached the breakfast bar. “Let’s holiday every birthday.”

“Might need to just do a camping trip for mine, given what this cost.”

“I’ll win the lottery or something; it’s fine.”

Jamie had picked a table right by the plate glass windows that looked out over the hotel grounds towards the sea. He couldn’t see the water itself through the cluster of straw umbrellas and the poolside bar, but he knew it was there all the same.

This had been a terrible idea.

“Okay,” Jamie said, frowning at him over the table. “What’s wrong?”

“You went weird in the car last night as well, and now you’re doing it again.”

Ashraf bit his lip and tore his eyes away from the crowd of umbrellas.

“I’ve…not been near the sea for years.”

“You live near the sea.”

“Not within sight of it.”

Jamie didn’t look one hundred percent convinced but shrugged. “Okay,” they said slowly. “Right, I’m getting some toast. Want some?”

They had a quiet breakfast, Jamie’s excitement at finding pineapple juice hilarious given Ashraf could buy it in cartons at the corner shop down the road back home. He managed to get his mind off the sea, and by the time Jamie’s phone lit up on the table with their summons from George, Ashraf felt as positive as he had on the plane. This would be fine. He’d grit his teeth and get over this nonsense about the sea—they had Jamie’s birthday off to Petra and Mount Nebo away from the water entirely. He also had a Kindle crammed with research papers to get through and, as a reward, the latest Neil Gaiman.

This was going to be good, sea or no sea.

Jamie went off on the shuttle bus at half past twelve with a sports bag nearly as large as they were, crammed with their scuba gear, and Ashraf wandered back to the room to pick up his laptop and e-reader before deciding to find a sunny spot down by the pool. The lack of kids in the resort was a definite plus. He could get some work done, within waving distance of the bar and a steady supply of virgin cocktails, and maybe check out their sandwich selection and tide his stomach over until Jamie got back. He might have never come on a diving trip before, but he knew what Jamie was like after a training session down at the leisure centre. They could pack a surprising amount of food away for a five-foot-three piece of string.

The sun was pleasantly warm as he stepped out of the shadow of the building. He gave the pool a wide berth, but it wasn’t in use and was little more than a shiny expanse of blue bracketed by bobbing plants. In the flowering season, it was probably beautiful. He could hear the trickle of a fountain somewhere. He picked a table without a shadow nearby and had barely lifted the laptop lid before a waiter appeared and took his order.

And then he heard it.

A hollow rustle, like wind through leaves only deeper. A crash. A sweeping sound of water scraping against sand.

His fingers clenched tight on the edge of the table. His lungs were too small. He could hear a little girl screaming from twenty-six years ago, the sputter as a car engine cut out, the strange silence that seemed to echo in his ears before the water—

He jumped violently, and the waiter took a step back.

The sound rubbed soothingly around his ears—and then the water crashed violently against on the shore, and Ashraf took a gulping breath.

His fingers shook on the offered glass. He rummaged in his bag with his other hand for headphones. Jamie was always leaving their headphones in his things—and when his fingers closed around a pair, he felt tears burning alarmingly behind his eyes.

The music had never sounded so good.

A Disney soundtrack. It burst into his ears, bright and jovial, and cut off the sea with a happy hammer on the drums. He drained half the glass in one go. Even swallowing made him shake.

And how could he have been so stupid? He might be an anthropologist now, but he’d been a historian from the very beginning. He knew the power of history. He knew the unshakeable force it exerted on the present, how it coloured every aspect of the world around them, how it commanded entire civilisations even as their own nature doomed them to repeat.

How could he have been so stupid as to believe that his own history could be so easily defeated?

Matthew J. Metzger is an ace, trans author posing as a functional human being in the wilds of Yorkshire, England. Although mainly a writer of contemporary, working-class romance, he also strays into fantasy when the mood strikes. Whatever the genre, the focus is inevitably on queer characters and their relationships, be they familial, platonic, sexual, or romantic.

When not crunching numbers at his day job, or writing books by night, Matthew can be found tweeting from the gym, being used as a pillow by his cat, or trying to keep his website in some semblance of order. 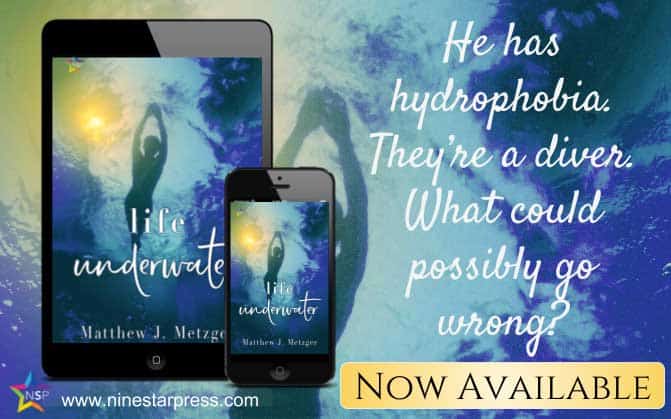