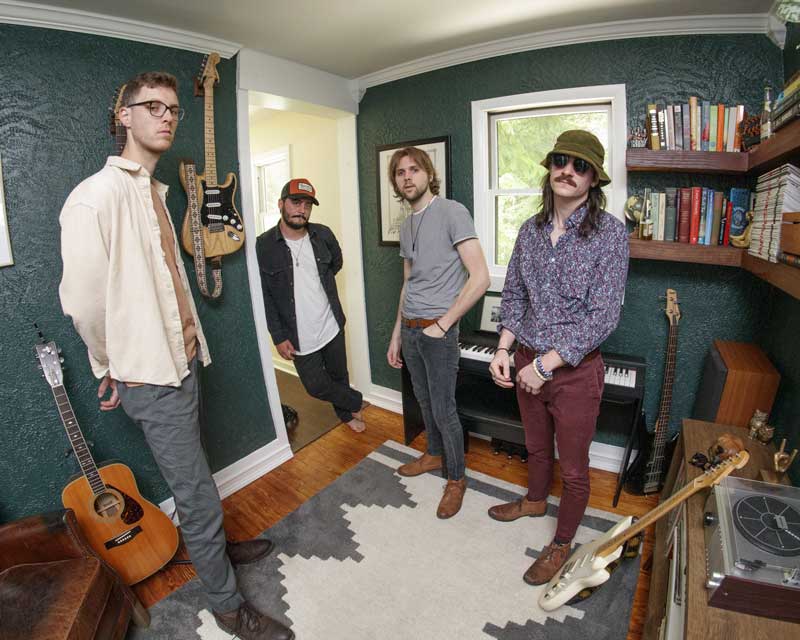 The band KISS definitely played a part in getting us interested in music at a young age. Seeing the fire, the blood.. it really made us go “Wow! I need to do this.” The Stones live album, “Get Yer Ya-Ya’s Out!”, was also a huge influence as that live set is such an on point show for the Stones, especially as they didn’t really have all the backing musicians around them yet.

Zack: If you don’t believe in yourself, no one will.

Over the next 12 months, we will finish writing, record an album, and tour. We want to have something new every few weeks starting in 2023 to keep the content flowing.

Our goal is to have a single to close out this year and also start the new year. Once the new year gets rolling, we aim to record our first full album to release in 2023.

When we create, our purpose is to get people grooving along and try and capture that same feeling that most listeners get when they are at a show. That sense of escape that puts you in a good mindset and gives the crowd a jumpin time. It’s all about making people feel good.

Aside from the Stones, we influence and push each other to be the best musicians we can be. It takes every member to keep the wheel turning, and it’s important for everyone to be on the same page to keep it truckin.

Zack: “If You Want Blood” by AC/DC