Bryna is a multi-talented crossover artist who caters to contemporary country and pop audiences across the world. Her most recent successes include the release of “Sweet Revenge” (2019) which scored a Top 10 seat on the Billboard Dance Chart; while her 2020 release, “Stars Are Falling” landed at No. 2 on Dance Music Chart in England, and No. 6 in France and Germany. Bryna’s single, “Make A Wish,” spent 10 consecutive weeks on AOL Billboard’s Most Streamed Download charts.

A heart-felt supporter of our military, Laura was a celebrity spokesperson for the United States Air Guard’s national media campaign; she co-wrote the corresponding theme song “Hometown Heroes.” In addition to her work with the Air Guard, Bryna was the celebrity spokesperson for the National Guard’s Youth Foundation.  She also served as a board member on the Make-A-Wish Foundation Mid-Atlantic Chapter.

She is currently putting the finishing touches on her children’s Christmas book, titled “The Christmas Tradition”, which will be released simultaneously with her original Christmas tune, “The Christmas Wish.” 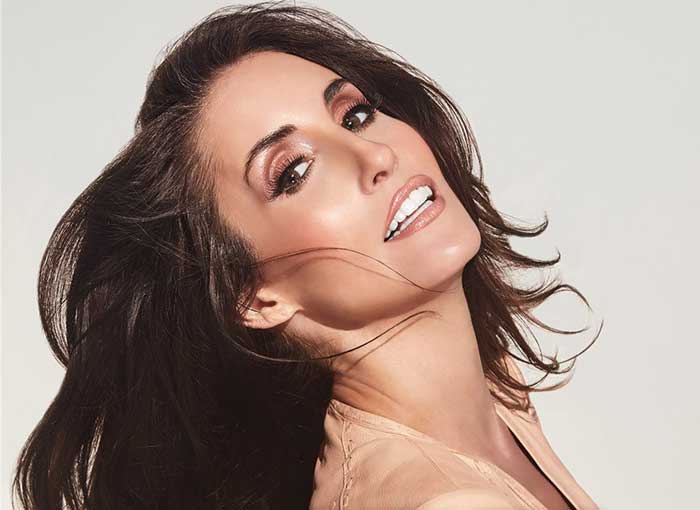 Oh gosh, I have so many great musical influences.

I love Etta James, Dolly and Elvis. Wynnona and Chris Stapleton are also incredible. All of these artists have their own unique style, in how they interpret a song and deliver it vocally. From the first note, listeners know immediately, it’s their voice singing. It’s an identifiable signature.

What was the inspiration in writing your new/recent single; what is the song about?

I’m a hopeless romantic and I told my producer, Damon Sharpe, we need a love song! I wanted to write a song that people can dance to at their wedding, or play in the background during a proposal. I love all that yummy, mushy stuff!  So we started writing some “smush,” and “Body First” is what came out!  It’s definitely a very sensual, emotional and intimate song between two people.

What is your creative process like (in both music and writing)?

I enjoy co-writing with songwriters with different styles and backgrounds. Sometimes, we write songs together in person; sometimes by zoom or phone. A song that I co-wrote recently came together over the phone in the Dallas airport while waiting for a flight. The creative process can happen just about anywhere!

How would you describe your style and the music that you create/record/perform?

I have an appreciation for a variety of genres of music–from jazz, blues, Pop, dance and R&B. But, country music has been, and always will be, my first love. My current single, “Body First,” is a little bit country and a little Pop with some blues thrown in… and lots of “smush.”  I’m thrilled with how well this song is being received (I’ve received lots of emails and texts.) Thank you, “Bryniacs,” for your continued support and kind words.

THANK YOU SO MUCH!! I LOVE YOU ALL TONS!

We have a family group called, The Bryniacs!! It’s a mutual appreciation fan club; everyone is included! We support each other through thick and thin…the good, bad and the ugly. I enjoy chatting with them and sharing stories about our days on my socials.

As with any change in life, the Internet has been both for the good and some not so good. I think during the pandemic the internet was grand to keep in touch; but I really can’t wait to get back out on tour again to see everyone face-to-face and in person. There is nothing like the intimate connection with an audience. It’s magical!

Do you have a ritual of sorts when writing or performing your music?

Or just before taking the stage? I like to spend a few minutes alone and think about how I can touch the audience with my music. I want to make them feel the emotion of the songs I perform…whether it makes them smile, sing along or tear up…I want them to go a musical journey with me.

What lead you to become a music artist and what advice can you give to others aspiring to make it? What makes you confident in your decision?

I started singing when I was a child. My sisters and I would hold concerts in our basement and charge my parents .25 cents to attend. My parents had a jukebox and we would sing and dance to the oldies. I knew what I wanted to do from a very early age.

What is the best advice you’ve been given as it relates to your career?

A teacher once told me, “Never say ‘no’ to an opportunity. You put on a pot a coffee, you stay up all night and learn the part, learn the song, learn the dance, etc.  and..never stop learning! There is always something to learn!”

What about your music is unconventional, or unusual, or a standout among other artists/recordings?

Like some of my music heroes, I like to blend different styles into my music…a little blues, a little country, jazz, pop, some R&B..

I like to have a little something for everyone to enjoy.

Same as above. I like to mix it up and give a little something to everyone to enjoy at the show or on my recordings. For example, I will be releasing a new Christmas song this year; it’s up-tempo and a bit of a throwback.

I would say my career has been a deliberate approach that has evolved. My career started in country music, changed courses toward Blues and Jazz, then to EDM/Dance (where I had several hits in the US, UK and Europe), and I’m now back to my country roots. I love the song-writing, the lyrics and great melodies of country music. Country music is where my heart is and always will be.

What do you enjoy most about being an artist/performer?

My music shares my two biggest passions—my music and my love of people. I love giving back.

What are your overall ambitions as a songwriter/recording artist?

To touch people’s hearts and make them feel something. I want listeners to feel the same passion I feel when I perform.

What has been most challenging aspect of your career?

Getting through the pandemic and not being able to perform live.

Do you ever experience writer’s block, and if so, how do you “break through?”

I think everyone has had writer’s block at one time or another. I usually walk away for little bit and come back to it. But I really love co-writing. I write what I feel, or come up with an idea, and then I share it with other writers.  Then…we’re off to write a song.

Work hard and NEVER GIVE UP on your passion.

You are a new addition to a crayon box. What color would you be and why?

Fluorescent Pink! My home is named “The Pink Palace!”

What historical figure would you like to see in 21st century life and why?

Grace Kelly; she was such a classy lady with a big heart.

Always be prepared. Always learn. Be nice. Keep trying. You can sleep at another time.

Who would you want to play you in a movie of your life and why?

Lady Gaga. Because of her love of music and great acting ability.

If you had to describe yourself as a flavor, what would it be and why?

Whip Cream (is that’s a favor?). I love whip cream! It is another food group to me.

Did you get to play The Grand Ole Opry?

If you could change anything about yourself what would it be?

“Kissing Jessica Stein” Director Debuts His Children’s Album ‘For You, The Garden’
Next Article