by Divine Magazine
in Music News
Reading Time: 6 mins read
A A
0 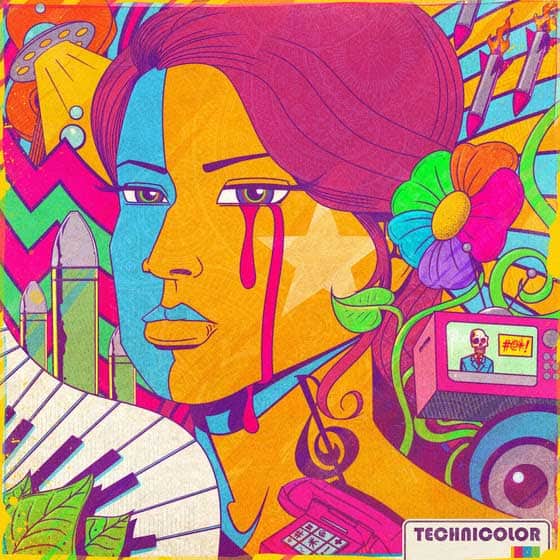 Captivated by young Cuban group while filming Havana Time Machine for PBS, Mavericks frontman Malo and family have helped these vibrant musicians continue to share their journey with American audiences.

HAVANA, Cuba — Every debut album represents a journey, but few have come as far or struggled so tenaciously for the chance to be heard on their own terms as Cuba’s Sweet Lizzy Project. The five-piece rock band built a strong following in its native Havana with scant resources or infrastructure to support them, in a cultural setting where they could never be entirely themselves.

The filming of Havana Time Machine served to transport the band to another time and place. The American PBS special surveyed the city’s music scene and culminated in a live concert featuring Sweet Lizzy Project, some more-traditional Cuban artists, and lauded American roots rockers The Mavericks.

Mavericks founder and lead singer Raul Malo, whose parents emigrated from Cuba in 1960, became transfixed by Sweet Lizzy’s music and story. He sponsored the band for U.S. work visas and signed them to his band’s record company Mono Mundo, starting the process in late 2017. According to Malo, “I know Mavericks when I see them.”

Malo and his family have housed and counseled the members of Sweet Lizzy Project while ushering them into Nashville’s finest studios and a world of music professionalism and abundance unavailable in Cuba. Sweet Lizzy’s musicians love Cuba and cherish its culture and traditions. But they’re clear-eyed about its problems and limits, and they are here to advocate for the best of both worlds with their music. They made the bold decision to uproot their lives and relocate to Nashville, starting almost from square one, since they had been well known in their native country.

The band’s U.S. debut album, Technicolor, due out February 21, 2020, is a statement bigger and bolder than the gulf separating Cuba and the United States, or even than the album’s polychromatic, pulsing sound. It’s a musical bridge SLP hopes others will cross. The feisty, infectious album draws on several eras of rock and pop, adding subtle Latin undertones.

Lead vocalist and lyricist Lisset Diaz has an unmistakable and expressive voice, a controlled passion that may recall Kate Bush, Natalie Merchant or Paramore’s Hayley Williams. Co-writer and bandleader Miguel Comas is possibly Cuba’s most respected record producer and rock guitarist. The band is rounded out by Wilfredo Gatell on keyboards, Alejandro Gonzalez on bass and drummer Ángel Luis Millet.

Lisset is remarkable in ways that aren’t apparent on stage or record. She graduated from the University of Havana at the top of her class as a biochemistry major while creating music on the side. In 2012 she met Miguel, who was establishing himself as a producer and building a career in a city with few resources. He built a working recording studio in an apartment bedroom, with computers and audio gear that had to be purchased in the gray market or traded among friends. He absorbed new influences and obtained new music not through the highly restricted Internet, but via an underground network called El Paquete, in which delivery messengers circulate USB thumb drives hand-to-hand with the latest Western albums, music videos and TV shows. Despite these challenges, Miguel’s bands were performing around Cuba and touring overseas, from South America to Japan.

Lisset stood out for wanting to write and perform original rock ’n’ roll in English, and Miguel saw potential. When their first duo recordings earned attention in Cuba, she left her science track and the two added musicians to form a band and bring the material to its full rocking realization. Sweet Lizzy Project — a riff on Lisset’s name and on the neighborhood where they did most of their rehearsing — took to the clubs and nightspots of Havana City. Their most frequent shows were at the famous Yellow Submarine, referencing an iconic group that had been banned in Cuba in the ’60s and ’70s. SLP were favorites at the prestige hotel Melia Habana and the cultural center Fabrica de Arte Cubano.

When Raul Malo met the band, they were already regulars on state television and a mature touring operation with staging, techs and roadies. They’d released a debut album called Heaven and a hit English language rearrangement of the Enrique Iglesias smash “Subeme La Radio.” In Lisset, Miguel and their colleagues, Malo saw dedicated professionals, and he heard mature talent that could continue to grow. But he also saw the glass ceiling over their heads, and he launched his effort to support them. Working against the clock, since the Trump administration was restricting immigration generally, Sweet Lizzy Project got out of the country and made a new start in Nashville in late 2017.

Production of the album Technicolor began with tracks recorded in Miguel’s Havana bedroom studio. Malo’s longtime recording engineer, the award-winning Niko Bolas (Neil Young, Melissa Etheridge), was impressed with those sounds and figured out ways to keep many of them in the mix. But the band also enjoyed the thrill of playing together in a studio for the very first time, and not just any studio but one of Nashville’s finest — Blackbird Studio. With time on their hands to rehearse, write and create, a somewhat new vision for the album took shape, one that will upend expectations for what a Cuban band is allowed to sound like.

The album opens with a clear, spacious atmosphere that lets Lisset’s voice make her opening statement, and before long the track swells into a rich chorale of voices and strings. Over an epic six minutes, “Technicolor” turns into a psychedelic rocket ride that conjures the orchestral chill of Pink Floyd, with lead guitar by Miguel. Moving forward, we find “These Words,” a song about striving to be understood, which opens like a ballad but blossoms into a throbbing guitar jam. “This album is about telling our story, about changes in our personal and professional lives,” Lisset says about including the track “Turn Up the Radio.” “It’s great to have a song that was part of our creative process back home in this body of work. All of these songs started in Cuba. They should stay together.” Two Spanish language songs are featured (“Tu Libertad” and “Vuelta Atras”) as well as a duet with the Mavericks, “The Flower’s in the Seed.”

In the live performance, all five members get solo time in the spotlight. They bring the boisterous Cuban nightlife to theaters and halls, gelling with the crowd and building an atmosphere of electricity and love. They played the grand opening of the new Bluegrass Underground venue Near Nashville, a rousing set literally in a cave that was broadcast on PBS. Other media followed, including a profile on NPR’s Weekend Edition and a cover story in the Miami Herald.

Miguel says that even though Sweet Lizzy Project enjoyed star status in Havana, the United States — the birthplace of rock ’n’ roll — is where he and his co-creators need to be, even with its setbacks and sacrifices. “We can overcome the impression that Cuban music is only rumbaand son,” he says. “Having the chance to play for American audiences, that is a win for us already. We’ve had everything against us, but we are here.”

“We’ve been outsiders from the start,” adds Lisset. “In Cuba, we were swimming against the tide by singing rock ’n’ roll in English. It took us time to gain respect by the institutions that would let us play our music. And then we had a chance to come here, and we’re outsiders again. But that’s okay. We just want to play.” The band has opened dates for Heart, Joan Jett, JOHNNYSWIM and Jamey Johnson, and much more touring is expected to follow.