Hamlet and Benedict Cumberbatch *sigh* – and Cumberbitch Me 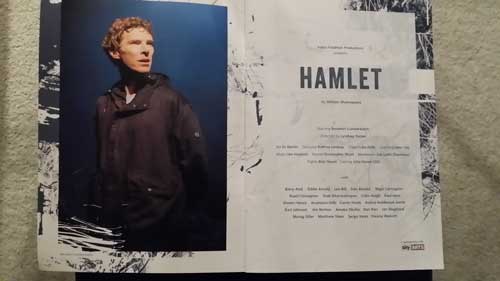 On the 12th August 2014 I experienced a momentous event. Yes, ladies and gentleman, I received my e-ticket to see Benedict Cumberbatch in Hamlet at the Barbican Centre. 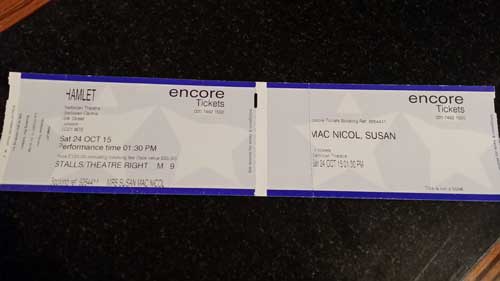 This is momentous for a couple of reasons. Firstly, this was the most eagerly anticipated and awaited show ever. Everyone wanted to see Benedict perform this highly acclaimed role. Secondly, the tickets sold out in record time. In just over 7 hours from opening the box office, all 100 000 (with a few to spare) were sold out. I was one of the very lucky ones to get one of them. I only had to kill a dozen people to do it too, which I thought was a bargain. (I’m joking, I’m joking!! No other Cumberbitches or Cumberpeople were harmed in the attaining of this ticket.)

The Radiotimes had this to say:

The curtain doesn’t rise until August 2015, but more than 30,000 fans were already queuing online when the tickets went on sale at 10 o’clock this morning. By 17:25, every ticket had sold, despite the play having a long run between 5th August and 31st October 2015. 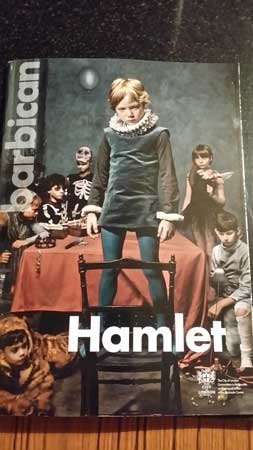 And let me tell you it was worth waiting over fourteen months for. I have to confess I’m not one of those Shakespeare groupies which thrive on every word he’s written. I read Mac Beth in school and had exposure to other works of his but to be honest, they weren’t something I’d read for fun. Hamlet however, with Cumberbatch? At, therein lies the rub. Of course he was my main reason for going to see this performance and I’m not going to lie and say I’m a deep, devoted Shakespearean fan. 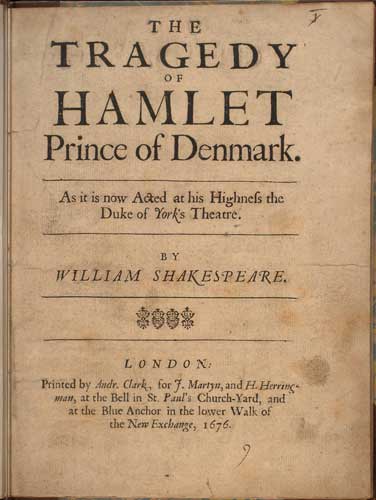 And what justice he did to this part. Cumberbatch captured it so well. The angst ridden, tormented young man being driven mad with passion and frustration for the soul of his recently departed father; his vilification and hate of his mother’s new lover, and the man Hamlet calls uncle; the affection he had for the wispy, indecisive Ophelia, the regard he held for his friends soon to be enemies –  Benedict took on the mantle of Hamlet as if to the manner born.

The show itself was gob- stopping, full of scene changes in which all the actors, including Benedict, participated; wonderful costumes, incredibly strong lead performances from every actor involved and a true sense of majesty in a world falling to pieces through jealousy, envy, lust and madness. 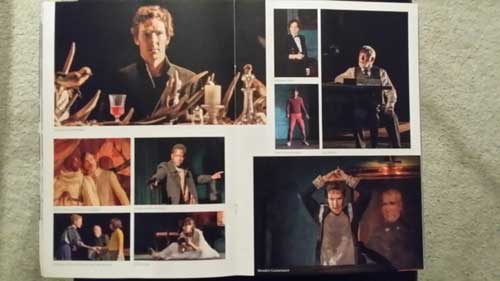 The Barbican is a fabulous venue in which to host such a performance and the theatre itself is a national treasure. I was about twelve rows from the front in the stalls, the closest I have ever gotten to Benedict Cumberbatch. I could almost feel his breath as he exhaled in torment; feel the spit as his impassioned pleas for justice and revenge boomed across the audience. And that might not sound very romantic to you but I’d treasure it, probably never wash again. I’m a bit of a Benedict fan, you see. I’ve only ever had this school girl fan crush once in my life before, apart from Joe Landers in Bonanza but we won’t go there. I was only ten at the time so I think that’s reasonable. But Benedict now? Sigh. I love every foul mouthed, chain smoking, non PC, irreverent facet of the man. Speaking of foul mouthed, of course there was this when he finished his final performance –

At the end of the performance I watched on the afternoon of the 24th, he delivered an impassioned speech saying much the same thing but without the swear words. I can only think that by the time he finished his last show, he was really riled up by the whole refugee status here in Britain. Of course everyone is entitled to their opinion and I imagine he thought he had pretty much of a captive audience and a rich one at that. I mean, from the looks of the £20 and £50 notes being thrown in the contribution buckets on the way out, he was spot on appealing to this lot. I did put some money in but it wasn’t paper.

I came away from this show wanting to watch it again for the sheer enthusiasm, passion and professionalism each actor put into it. It was polished, heartfelt, awe inspiring and an incredible piece of showmanship and theatre.

Oh and he sent me this – personally you understand … again, just joking. One can only wish..perchance to dream. 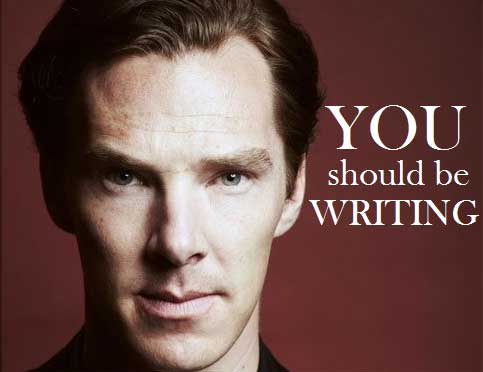