Get it here via Warner Records.

“I called the album ‘Sweet Insomnia‘ because, lyrically, every song is bittersweet. Nothing is 100% positive and light-hearted. Nothing is 100% brooding and cynical. It’s very balanced and real – like an unretouched photo,” said Gallant.

Making waves on impact, the latest single and title track “Sweet Insomnia” [Ft. 6lack] continues to engage and entice. Kendall and Kylie Jenner notably chose the song to soundtrack their latest campaign for the Kendall + Kylie clothing line. Between the singles “Sharpest Edges,” “Crimes,” “Sleep On It,” and “Compromise” [feat. Sabrina Claudio], total streams on the project already exceed 20 million and counting. The latter has quickly turned into a phenomenon in its own right. Not only did “Compromise” rack up over 8 million streams, but its understated, yet sexy music video tallied over 3 million views in under a month.
Gallant is currently supporting his “Compromise” collaborator Sabrina Claudio on the sold-out Truth Is Tour coast-to-coast. In a recent live review, Paste Magazine recalled,
“D.C.-born artist [Gallant] really knows how to command a stage and bridge his new audience with his old.” The remaining dates are listed below.
Additionally, “Sleep On It” maintains its momentum at radio. It emerged as “most added” and remains a fan favorite.

Nostalgic R&B and future-facing soul thread together Sweet Insomnia. Gallant presents a cohesive vision, from the first emotionally charged croon on the intro “410,” through the glitch-y hypnosis of “Paper Tulips” where his dynamic voice blossoms. The evocative hum of “Forever 21” gives way to acoustic guitars on the anthemic “Hurt.” Everything builds towards his pure falsetto on “Céline.” Check out the full tracklisting below.

“Winning combo of Gallant’s soulful vocals and some free couples therapy.” – The FADER

“'[Gallant’s] ‘Sleep on It’ finds nourishment in the great R&B ballads of the late 1990s and early 2000s: a sprinkle of Jagged Edge’s ‘True Man,’ a pinch of Avant’s ‘Separated,’ essence of Marques Houston’s ‘Grass Is Greener.'” – Rolling Stone

About Gallant
Gallant widens the scope of R&B with relatable confessions and thought-provoking cinematic concepts. The GRAMMY® Award-nominated iconoclast and innovator strikes a balance between bedroom-ready throwback production and nuanced narratives. This approach notched a GRAMMY® Award nomination in the category of “Best Urban Contemporary Album” for his breakout debut Ology. Additionally, the record debuted in the Top 25 of the Billboard Top 200, emerged on Entertainment Weekly‘s “25 Best Albums of 2016 (So Far),” and attracted acclaim from The Guardian, Pitchfork, The FADER, and more. Not to mention, he drummed up over 100 million-plus streams to date. He brought those songs on the road alongside John Legend, entranced audiences at Coachella, and performed on The Tonight Show Starring Jimmy Fallon, Later… with Jools Holland, and NBC’s Today. Plus, he made his acting debut on HBO’s Insecure. Now, he projects his vision like never before on 2019’s Sweet Insomnia [Warner Records], introduced by singles “Sharpest Edges,” “Crimes,” and “Sleep On It.” 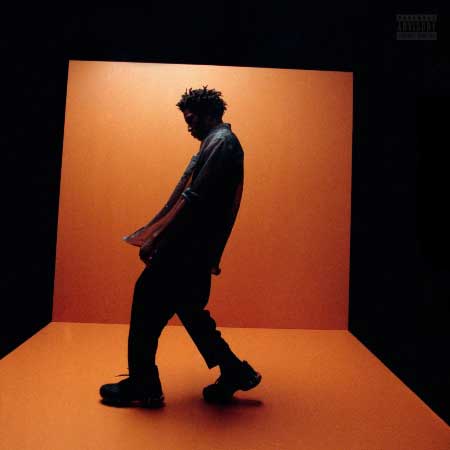