Divine Magazine is delighted to welcome down to earth duo and creative team, Future Moons. The duo is made up of influencer & former The Voice: US contestant; Kota Wade & guitarist Tommy Oleksyn.  The LA pair have had enormous success with tracks such as ‘Seasons’, ‘Golden’ and ‘Entangled’ all thanks to immersive melodies and punchy vocals.  Their recent release of ‘Seasons’ on May 22nd captures the beauty of the changing seasons in a world that needs more beauty in its life right now and interlaced with instrumentals, uniquely captures nature in musical notes. 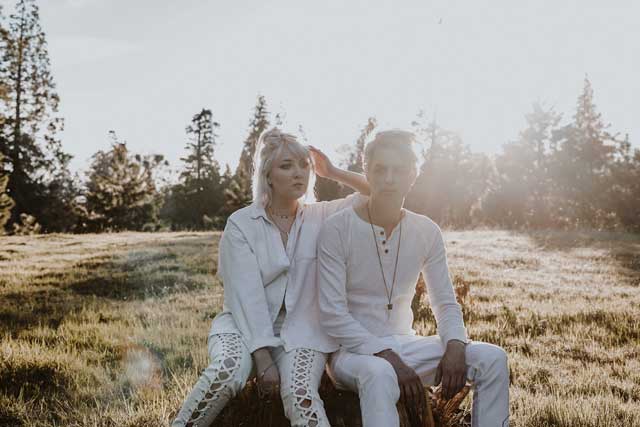 Hello Future Moons and welcome to Divine! We hope you have both been keeping safe and sane during this unusual time.

As usual, we like to warm our interviews up so here is some silly fun stuff first

Do you believe in destiny or fate?

Kota: Yes and no! I believe that we all have control over ourselves, but sometimes the universe will intervene in little ways.

Tommy: Yeah, I believe things happen for a reason, and they are the way they’re supposed to be for a reason.

Kota: I think my power would be to change my appearance to anything I can imagine, I’ve always been a chameleon so it would be really fun to get to try out new looks! I guess my superhero name would be The Chameleon!

Tommy: My power would be invisibility so in awkward social situations I can disappear completely! My superhero name would be the Silver Shadow.

Does either of you have any tattoos?

Kota: I have a few, five small ones to be exact. To me, they’re a timestamp of what I was feeling or experiencing at the time I got them done, so it’s fun to look back at them and reminisce!

Tommy: Not yet but might be planning on getting one soonish!

You are a new addition to a crayon box. What color would you be and why?

Kota: I think I’d be a cool shade of silver, almost periwinkle, with hints of glitter. I’ve always been a wintery person and felt more at home with cool tones than warm tones!

Tommy: A deep emerald green, I find the color comforting and think it reflects my personality.

What food do you both enjoy spurring the creative process?

Kota: We tend to have a ritual of eating frozen pizza before we work because I normally cook nice meals but when we wanna get down to business, we don’t want to bother cooking.

What would be a good theme song for your lives?

Kota: There’s a line in Bebe Rexha’s “I’m a Mess” that I tend to sing anytime I’m struggling, “Everything’s gonna be alright, everything’s gonna be okay, it’s gonna be a good, good life, that’s what my therapist says,” because I suffer from anxiety and it tends to comfort me when I’m feeling overwhelmed. 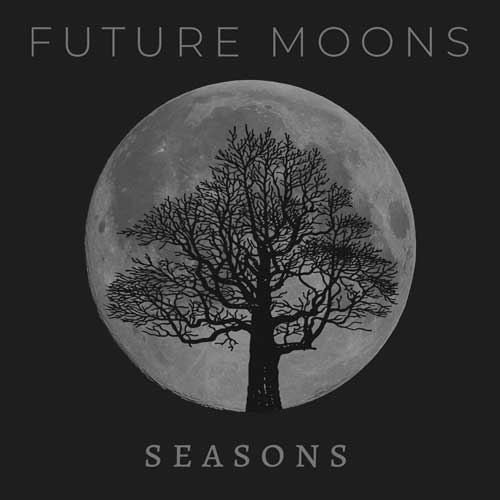 ‘Seasons’ was inspired by nature. How does nature influence the music you make?

Kota: Nature is a huge influence on our music, both lyrically and musically. Sometimes I have a hard time starting on a new song, and I often just choose a random word to title the project and then let it guide me. I often find myself titling things like “storm”, “ocean”, “rain”, etc. and end up tying lyrical themes into it.

Tommy: When Kota starts a song with lyrics, I try to use sounds and melodies that will reflect the theme, and we’ve been having fun taking a literal approach lately with adding samples of nature sounds and animals in this latest album.

How do you find the creative process when there are two creative minds working together?

Kota: We definitely butt heads as two stubborn perfectionists but having feedback from a second person helps the work overall.

Tommy: There are times we want to kill each other, but we always figure it out in the end. 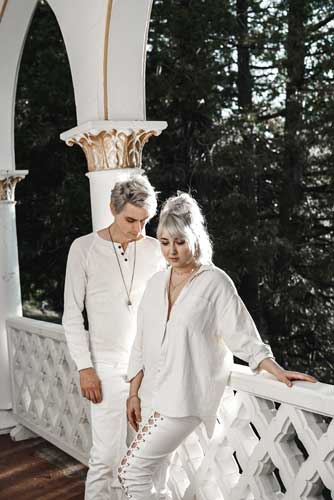 Has the current world situation impacted the creativeness on either side?

Kota: I would say so, yes. At the beginning of all of this, with quarantines in place, it felt like the perfect time to buckle down and lock ourselves in the studio since we had tons of free time, but the inspiration wasn’t coming, and the pressure of wanting to create just multiplied. All of our musicians and artist friends have felt similarly, the bit of guilt that builds up in you when you have this opportunity to focus on art, but the lack of mental capacity to follow through.

When did you first start making music together and how did the meeting happen?

Kota: We’ve been making music together since we met in 2011! We met by chance by being in our own bands and ending up on multiple show bills together. We began dating, and soon writing music together. We put together a full band line up with musician friends of ours and had a few incarnations of our previous band, Bad Wolf, before splitting off to our final incarnation as Future Moons.

What two artists have defined your music tastes and who would you love to collaborate with in the future?

Kota: I’m so all over the board it’s hard to say, but I think female rock artists like Amy Lee and Heart were always a huge influence, and I would love to collaborate with Aurora!

Tommy: The two bands that have defined my style of music the most would be Incubus and Minus the Bear. I would love to collaborate with Seven Lions in the future!

What can we expect from you in the future?

Kota: Lots more music! We have a full-length album in the beginning stages, and it’ll be focused solely on outer space, we’re super excited!

Future Moons, thanks so much for taking the time to answer our questions and let us know more about yourself and your music. 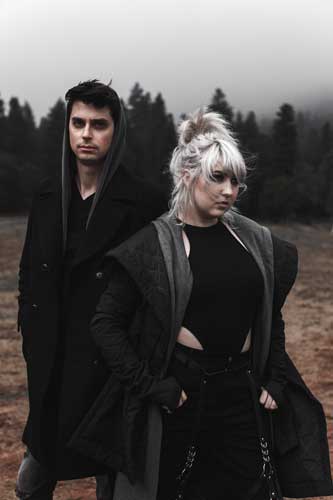 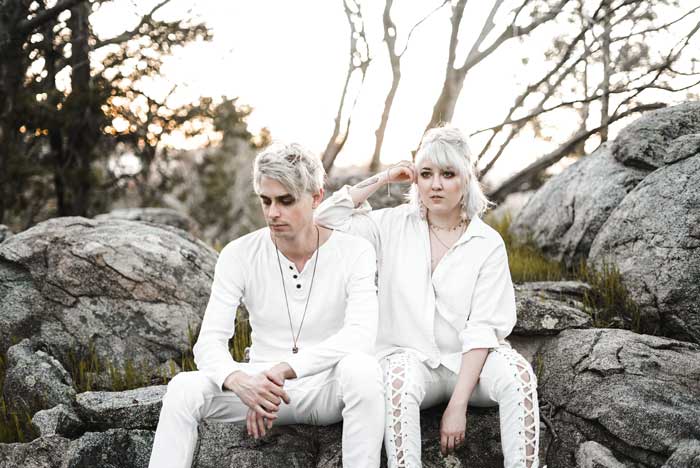