Deza’s ‘June’ is her most unguarded & bittersweet poetic pop piece yet.

In January of 2020, Deza launched the newest era of her evolution, dubbed “MAXIMALISM.” Through her last four singles, she’s been consistently cultivating her niche, “poetic pop,” landing on Spotify playlists like Fresh Finds and UMG’s HITS, & collecting over 215k streams between the four. A champion of expressive lyricism, emotional vulnerability, and simply good pop music, Deza is the best and boldest she’s ever been. Now, with June, she unfolds one more side to her sound and begins a new sonic chapter. The track feels expansive and sacred, yet wrought with a familiar tension. It details Deza’s ticking-time bomb of a love story with a Norwegian boy, knowing full well she has to leave both him and Lillehammer in June. 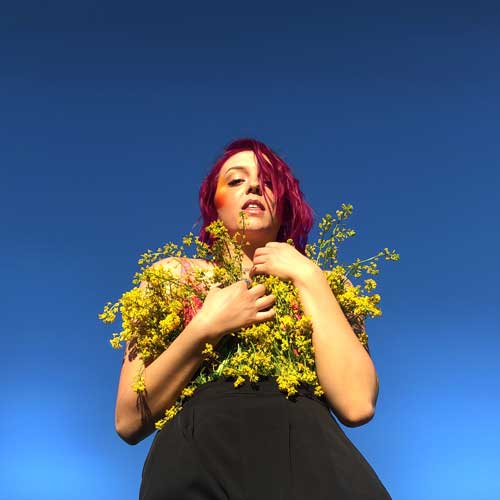 “June feels wildly bittersweet for me. While in Norway for a year, I fell pretty damn hard for the kindest Norwegian boy. Our love had this atomic ending in sight – me, on a plane in June, heading back to the states, and him, remaining in Norway. In the lyrics, I try to focus on the present moment, but I keep asking “Where is the life I get to keep you?” You can feel the confusion and desperation throughout the whole track, singing “When it’s done and it’s been said, will you find me again?” It’s all so romantic, so Romeo and Juliet, so dramatic & personal to me. It’s thrilling to let people into my little world so deeply with ‘June’ like no one has ever seen before. You’re in the deepest trenches with me: in the pain, in the love, in the ached goodbye.”