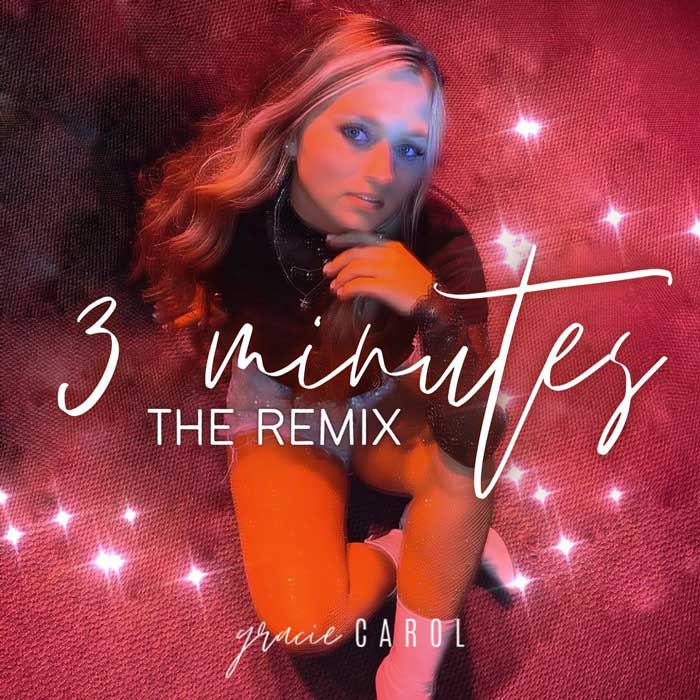 “As we head into the holiday season, I wanted to share something unique and different. This past year has been filled with many emotions and one thing we can all relate with is the power of music,” explains Gracie.

Gracie Carol released the official music video of her highly anticipated single 3 Minutes in September which premiered by CMT. The single debuted on Apple Hot Tracks for two weeks.

“I am a huge advocate for women empowerment in general, so collaborating with Lexy Burke as the creative director and videographer were even more of a dream. It was incredible to support her business as well. She thought of amazing ideas to put imagery to this storyline and the way we told the song through capturing moments that happen to women in country music every day,” Gracie said. “I wanted my vision for this video to prove that women work and sound just as good as men do in the industry, and we deserve to be heard too. How often is it that you see more women than men in the top 20 charts? None! We’ve learned to change the conversation and have been doing so, but it’s time to keep making those milestones and give us those 3 minutes to listen to our songs as well.”

Gracie shared the stage with Keith Urban in Cincinnati, OH on his Raise ‘Em Up Tour in 2014, presenting her take on Miranda Lambert’s part of “We Were Us” to a crowd of 20,000 people. She also placed as a top 5 contestant in the 2018 NASH Next competition and spent the beginning of this year performing for Norwegian Cruise Line in the “Top Shelf Country” Band.

The songstress celebrated the release of her debut EP Day Dreams in late 2019.