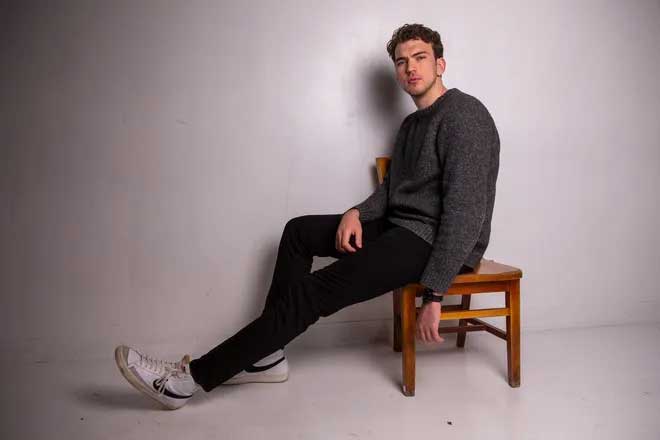 Imagine if The National made a Taylor Swift record endorsed by Chris Martin, Jack Antonoff, and Ben Folds—now you essentially have a Cade Hoppe record. No matter whose music inspires comparison, Cade sets himself apart from others in the pop landscape with his warm, baritone vocals complemented by earnest lyricism and sticky pop melodies.

In 2020, Cade—with the help of his stepbrother, Nick Adams—spent two summer months in his hometown of El Dorado Hills, California, recording a collection of songs released in October under the title, “Poor Man’s Love”.  This 13-song album had a couple of popular tracks that earned him a modest but loyal following.  Within the first month of release, “Best Friend” (the third single) had nearly 20,000 Spotify streams due to a strong push by Spotify’s algorithmic “Discover Weekly” and “Release Radar” playlists, and “Up Late” had 10,000.  This piano alt-rock album has since been considered by Cade to be a preface to the first chapter of his music career, kicking off with his indie-pop debut, “Loverly High“

“Loverly High” is the first single in a series of ongoing collaborations that this NYC-based artist has done with indie pop-duo Eighty Ninety’s Harper James, a producer who has played an integral role in refining Cade’s sound.  It’s a minimalist synth-pop production about love, loss, transition, and desire—four emotions that have heavily influenced both Cade’s writing and life decisions over the course of the last year.

Based on the title one might think that this is a love song, but the somber lyrics beg to differ.  “Took odds a million to one/I fell in love with the sun/And it blinded me,” Cade sings in the first verse, “But what if I won?”  His baritone vocal combined with clever lyrics and mesmerizing production is more than enough to hook any listener, but it’s the cinematic, sing-along-on-the-first-listen chorus that will never let them go.