(Malibu, CA) – AUGUST, 2020 – Betty Moon, the Southern California based songwriter, producer and larger than life persona has unveiled the new album ‘Little Miss Hollywood’. The album kicks off with the energetic, pop/rock infused title track, which is another proof of Moon’s ability to blend pop and her rock n’ roll roots with arena-worthy riffs and stellar production paired with Moon’s unforgettable voice. ‘Little Miss Hollywood’ as an album gives the listener a bit of everything Moon has been known for, including layers of electronic, indie, funk and dance energy. The 10 song release was made available on Spotify and Apple Music on Friday, July 31st. 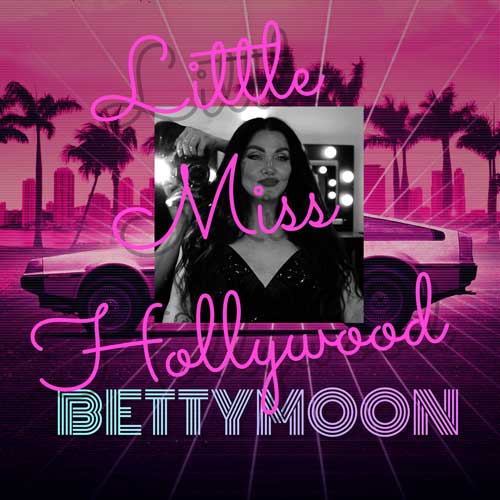 ** also released separately as “Dead out of Love” single

“Monsters In My Head” and “Don’t Stop Now” are a welcome return to form for old school Betty Moon fans, who have experienced her metamorphosis of previous straight up rock singles on past records to inclusion of a refreshing pop/electronic sensibility on recent 2019 tracks like “Save My Soul” and “Violent City”. Choice tracks on ‘Little Miss Hollywood’ such as “Your Dirty Love” and “Did It For Nothing” take the tempo down as she struts her soul-fueled influences before turning things back up with her now widely-known pop/electronic sound on “Little Miss Hollywood” and “The Liar”. Moon has been in the studio for most of 2020 and has completed dozens of ideas with 10 being included on the ‘Little Miss Hollywood’.

“The opening riff was penned to catch listeners off guard, and to perhaps impress some of my old school fans who thought I wasn’t writing enough rock riffs” says Moon about ‘Don’t Stop Now’. “The funny thing is that I’ve always been into different types of music, but this time around I was feeling the world didn’t have enough edgy rock going around, so I’m here to deliver. The lockdown has allowed me plenty of time to write dozens of additional songs and put the final touches on this EP along with others, I have so many stories to tell on these songs.” 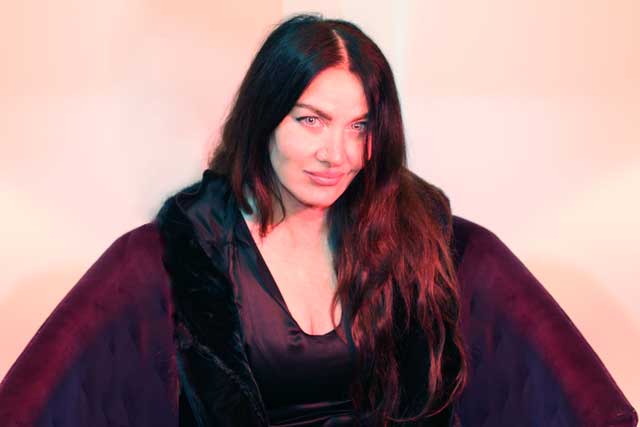 Since being signed to a major label in the 90’s, Betty Moon has been known as a queen of DIY work ethic and has since self-released 9 albums via her own label Evolver Music, Inc. Her most recent release was 2019’s ‘Hellucination’ and her music has earned media coverage from Huffington Post, Billboard, Alternative Nation, LA Times, Stencil Magazine, Exclaim!, Vents, Side Stage Magazine, Spill Magazine, Tattoo.com and much more. Moon has continued to defy industry trends, earning worldwide retail airplay, online and college radio rotation and record numbers via over 10,000 Spotify followers, 1.6M+ Facebook fans and over 50,000 followers on Instagram.

Betty Moon is an artist, songwriter and producer from Los Angeles California. Moon operates the company Evolver Music Inc. and her music has been featured in a variety of television shows and films including Californication, Dexter, Bounty Hunters, Teen Mom Young & Pregnant, Walking the Dead, Last Gasp and the upcoming film Butter. Moon’s first album deal was with A&M Records, and her self-titled debut LP was released with multiple award nominations while living and touring throughout Canada. Music from her 2019 album ‘Hellucination‘ was on the ballot for this year’s GRAMMY nominations with nods for Best Solo Performance and Record of the Year. Hundreds of respected media sources have featured and reviewed Moon’s music including Exclaim!, Huffington Post, Celebmix, Ask Men, Rawckus and more.

Betty Moon has been in the studio working on new music for upcoming singles, and promises to build upon her unique brand of pop-alternative sounds complimented by her seductive, powerful and widely recognized voice. ‘Little Miss Hollywood’ was released 7/31 and listeners can learn more about Betty Moon at – www.BettyMoon.com 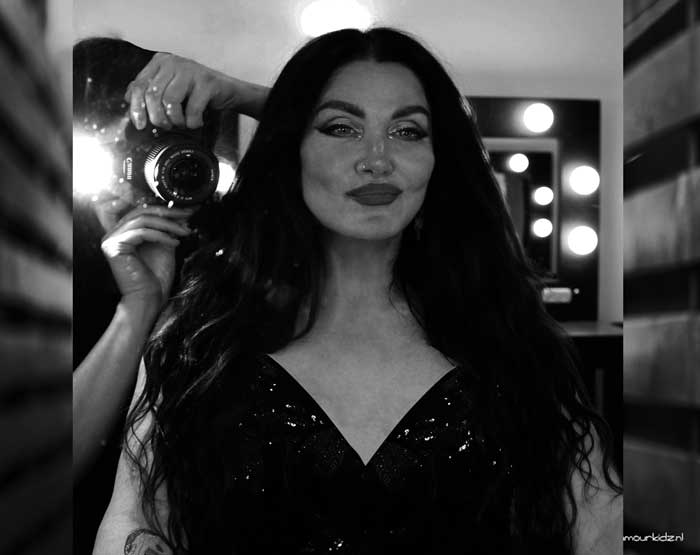