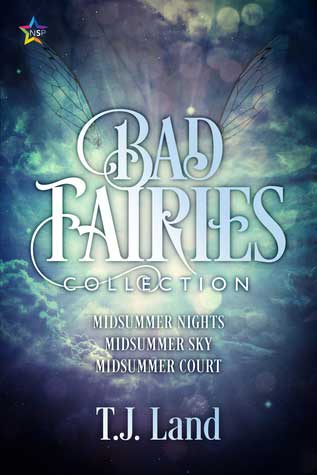 A collection of short stories set in the court of Oberon. Puck seduces the monarch, and they begin a romance that takes them on many adventures. The titles include: Midsummer Nights, Midsummer Sky, and Midsummer Cour

Newly arrived at Oberon’s court, Puck has already made a name for himself through his wit, his wiliness, and his very nice legs. But he’s not interested in the envy of his peers; what he’s really after is the attention of the lord of all fairies himself. Seducing the monarch will surely win him power and prestige, provided he can withstand Oberon’s famously bad temper.

Soon, though, Puck realizes that Oberon’s belligerent façade is just that, and his schemes of strategic seduction are submerged beneath budding infatuation. Now, Puck will have to muster all his tricks, from sonnets to the lash, to win the fairy king’s heart—a task which becomes substantially more difficult when Oberon discovers that Puck has been consorting with mortals…

No one knows why Oberon, king of the greatest fairy court in the world, doesn’t have wings. Not even his crafty lover, Puck, who prides himself on being privy to all Oberon’s secrets. But that’s about to change, for Oberon’s mother has revealed to her son that there may be a way to regain his lost wings—provided Oberon is willing to risk losing Puck…

While Titania is visiting her relatives, Oberon is left to govern the fairy court in her absence, with Puck, his lover and adviser, at his side. Despite Puck’s efforts to drag the king away from his duties and towards more salacious pursuits, Oberon remains loved and respected by the majority of his people. But trouble looms on the horizon; Oberon’s rumoured perversity and failure to produce an heir have earned him a handful of political enemies. When disaster strikes the court at the solstice feast, they are quick to point the finger of blame at the one they hold responsible for Oberon’s weaknesses—Puck himself.

Would I read it again – No

I have to admit that I was disappointed with this one. I’ve been wanting to read this series for a while, so when the collection showed up for review, I jumped at the chance. Sadly, it didn’t live up to expectations. I feel that the blurbs made the stories sound much more plot driven than turned out to be true and made the stories seem more intriguing and interesting than they were.

First off, I’ll review the stories individually, then I’ll sum up with a series review.

The POV for this story kind of confused me. It began in a storytelling way that didn’t make the POV clear until well into the first scene, when I realised it was Titania giving her view of Puck. This is the only time in the entire trilogy that she ever has her POV shown. Later, the POV drifted to dual POV, between Puck and Oberon, while allowing touches of omni-present to enter within brackets. This jarred the reading and made it awkward to follow at times.

I found the beginning confusing. It felt like I’d been thrown into a story well after it began and I was scrambling to catch up.

The MF sex, thankfully, is barely mentioned. However, I do want to point out that the entire trilogy centres around the fact that Oberon is cheating on his wife – however much I was constantly reminded they hate each other and it’s a political marriage – with Puck. It lends a twitchiness to my enjoyment of the story, because I hate cheating and there was never any intention to break the marriage.

There is no transition of time or scene between chapters. Chapter 2 ended with Oberon and Puck getting frisky, then I entered Chapter 3 completely disorientated as Oberon was beating Puck for something that wasn’t explained until halfway down the page, in a separate scene.

This, unfortunately, was another problem I had with the story. The flagrant call to violence between the pair was brutal and often an overreaction, but it was smoothed away by the author countless times throughout the trilogy as being “normal” for fairies.

The story is predominantly sex, without any show at a plot other than Puck and Oberon progressing towards a Dom/sub lifestyle.

There is also a reference to “Dear William” – William Shakespeare – and how Puck bribed him into writing A Midsummer Night’s Dream. It’s a little chessy, but I didn’t mind it so much.

Unfortunately, for me, the story was nothing more than indulgent sex with no purpose. I prefer some plot with my hot and I didn’t get that here. I gave it 3 stars for the fact that I loved Puck and his charm, his flair and his feistiness, but I never really took to Oberon and I was overall left disappointed.

“Was he not Puck, renowned for his guile? Had he not told himself, in no uncertain terms, that Oberon was a means to an end, a useful, powerful fool, of the sort he was accustomed to playing with? But how could he have known that Oberon would have a gentle heart, and that he’d let Puck wrap his devious little fingers around it so readily?”

Again, there’s a dual POV, with the addition of Ariel, Oberon’s dad, getting his POV.

For the first time in the series, Bunce challenges the casual violence that persists in Puck and Oberon’s relationship. He points out that it’s not right – for once, showing that it’s domestic violence – only for the author to just as casually brush it off as being “what they’re like”. As though two violent people coming together and beating the crap out of each other on the regular is normal or acceptable. It’s not and it really grates on me that they think it’s okay to portray that kind of message in such an off hand manner.

“Puck nodded sagely, only half listening. He was preoccupied in developing a fantasy in which he removed Ariel’s teeth and toenails and swapped them around, prior to setting Oberon’s new pet on him.”

For the last story in the set, I’d hoped for some sort of resolution to the questions I had, but that never happened. Though it had been hinted at often enough, I never found out what Puck’s history was or why he didn’t want to tell Oberon. In fact, I ended the trilogy knowing even less about him than I knew about Bunce and Oberon.

This story took the weird erotica to a whole new level. While I’d never really been comfortable with the relationship between Puck and Oberon – as Puck most often put himself into roles that weren’t fulfilling or enjoyable for himself and the violence made me uncomfortable – this story made it worse in a way I can barely describe. As well as adding sounding to the sex platter, there were two scenes of MMMM (involving Puck duplicates and Oberon), as well as a really squidgy last sex scene that still makes me wince just thinking about it. I don’t mind more than one person involved in sex in stories, but when two versions of Puck are groping each other and two versions of Oberon are snogging each other, that makes me uncomfortable. When the story mentioned a few times before how fascinated Oberon was by watching himself masturbate, I didn’t take it to mean that he’d actually fool around with himself when given the chance.

For me, Bunce and Puck made the trilogy decent and without them I would never have finished it or got so far as to read this story. I think they could both have had interesting storylines if given the chances, but they were instead relegated to props in a story – and series – more about Oberon getting his kicks than anything else.

“If he’s dead, I won’t be able to make him any more toast. I’ll have to eat the rest of the loaf myself.”

For me, this wasn’t a cohesive story, even when you read all three one after the other. There was no struggle to be resolved, no over-reaching arc that linked them, no real purpose to the stories that made you want to jump straight into the next one to find out what happened.

Sadly, I found them much more erotic based than plot based and that put a real dampener on the whole series for me. Puck was a great character, with so much potential and I even really liked Bunce, who could have had this great big impact on the story. Neither happened. And Oberon, as the big, strong King and MC wasn’t all that interesting. I never found out the big secret to Puck’s past or why it filled him with dread to tell Oberon of it. And the flagrant disregard for the domestic violence that was sexualised and promoted within the relationship made my skin crawl.

From this reading alone, I wouldn’t be inspired to read anything more of this author. The 3 stars I’ve given each story and the collection itself are purely for the fact that Puck is a great character, the most 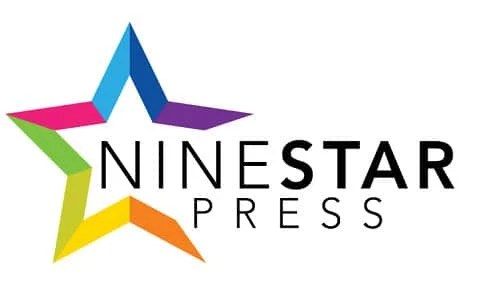