Anna Straker’s previous track ‘Sweat’ put the multi-faceted artist, vocalist, songwriter and producer back on the radar. Its future-facing electro-tinged alt-pop earned fresh praise from Clash, while also earning Radio 1 airplay from Best New Pop. The accompanying video underlined her potential as an icon-in-the making, with her magnetic charisma complemented by a distinctive image that’s entirely her own.

Anna now follows ‘Sweat’ with the brand new single ‘London Knows’, which introduces a completely different angle to what we’ve heard from her before. Anna’s beautifully tender vocal is unguarded, while the production feels like a warm embrace from a friend: multi-layered harmonies, melancholy piano and unassuming synths adding to its calming aura.

Ultimately it’s an immensely personal song that finds strength from vulnerability, further captured in the video that accompanies its release.  Anna hopes it can heal others, just as writing the song helped her. Music can be both a safe space and a way in which to instigate conversations about painful topics.

“Last year, I was a victim of a sexual assault whilst on holiday in Bangkok. What started as a fun night out ended up with me being lost for hours, drugged with something so strong that I forgot my own name. It was the scariest thing that’s ever happened to me and I was traumatised.

Coming back home I felt so different, London felt unfamiliar, and doing the things I normally did every weekend was suddenly triggering for me. I wrote this song about healing, and the uncertainty of recovery. Knowing I was going to feel better one day but not knowing when, and hoping that London will eventually feel like home again.

During this pandemic, we have all felt these same feelings of uncertainty, hoping for the world to heal and return to normal again. I hope you listen to this song and remember that whatever the world throws at you, you can be whole again, you can recover, and you can heal.”

‘London Knows’ is the first song that Anna has released under a new deal with Never Fade Records. Expect more new music to follow soon.

Anna Straker was born in London and raised in Lincolnshire, yet she was always destined to return to the capital. She was first discovered in her early teens, when producer Mike Spencer (Emeli Sandé, Years & Years) chanced upon a cover she had posted on YouTube. He recruited her as a backing vocalist on various projects he was working on, most notably with Rudimental.

By the time she was 17, Anna was back in London, working on music, hitting the clubs and using her job as a cleaner at a doctor’s surgery as an impromptu party spot. Her debut EP ‘Serious’ resulted in early attention from Radio 1’s Annie Mac, Pigeons and Planes, Nylon, Metro, Wonderland and Hunger, plus sets at Glastonbury and The Great Escape.

Anna Straker defies simple preconceptions with a single-minded rush of electronica-inspired escapism and a sucker-punching  pop streak. “I love fashion, and mixing that with the stereotypically ‘masculine’ thing of being a producer,” she says. “I want to wear pink eyeliner, produce a record, be a feminist,and sing a pop song, and be a dance artist.” 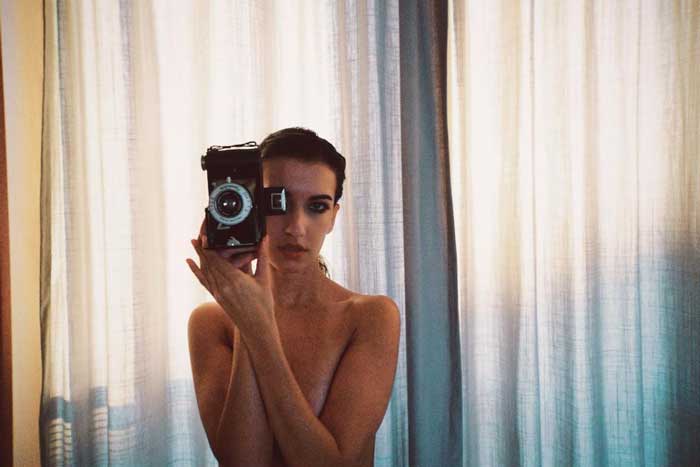