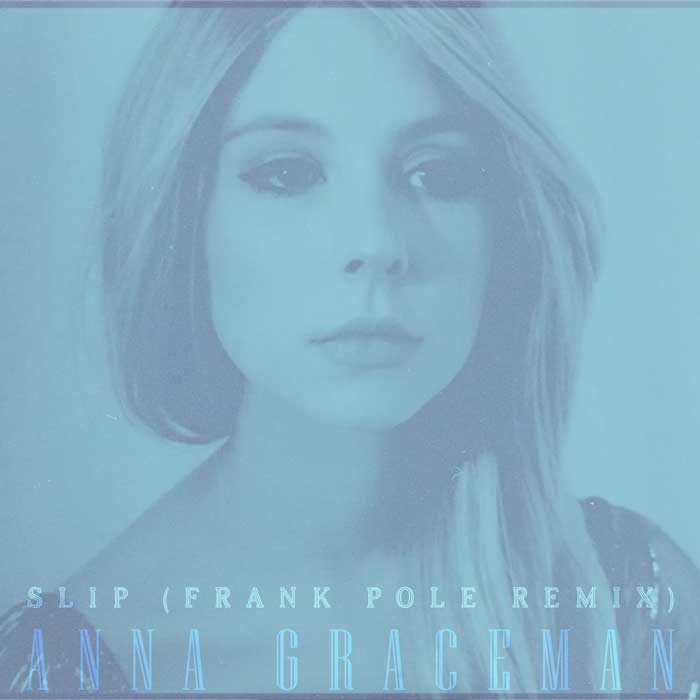 Anna Graceman’s “Slip (Frank Pole Remix)” comes from her powerful & versatile new album, The Way The Night Behaves, and is about letting those three little words slip out of your mouth. The single, remixed by Frank Pole, received an upbeat and lighthearted facelift that’s guaranteed to demand head-bopping from any listener.

Anna Graceman showcases raw emotional vocals in her remix for “Slip.” She passionately sings about taking a risk in a relationship and dropping the “L” word. Frank Pole’s upbeat, electronic production meshes perfectly with Graceman’s animated vocals. “Maybe you’re in a relationship or maybe you just have a crush. But once those three little words pop up, they tend to sit at the back of your mind. The idea of those words slipping out resonated with me because I think we all have a fear of saying, “I love you” at the wrong time. Even though the mindset of this song is, “oh my gosh I can’t believe I just said that”, it’s lighthearted and sweet,” explains Graceman.

Anna Graceman is a versatile artist, she is a songwriter, producer, and musician. She has appeared and performed on The Ellen Show and American’s Got Talent. Most recently, she appeared on this season of NBC’s hit show, Songland where she pitched her own song to pop star, Bebe Rexha. and won! The song, “Miracle” will also be used in promotion with the 2021 Tokyo Olympics.