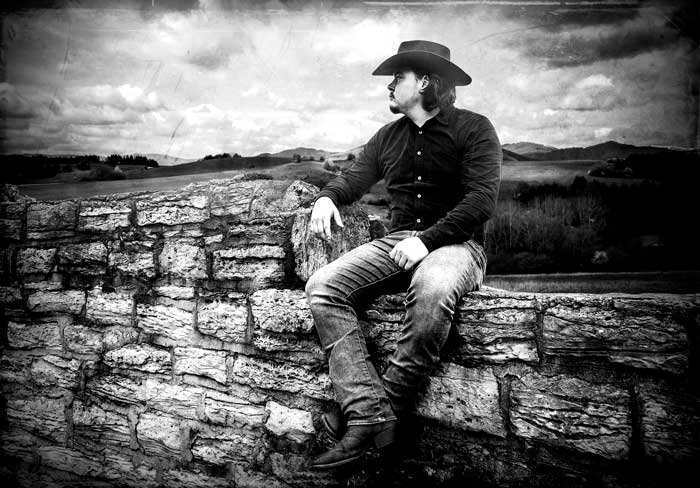 Nashville, Tenn. –  Following the release of his successful debut single “Stronger Than That,” which garnered the newcomer his first Top 50 single on the MusicRow Chart, Andrew Hopson now releases his second single, “New to Neon;” a storytelling ballad of a straight-laced girl trying to find her way through the bright lights of Music City.

Hopson has shot an official music video for the song. Directed by Logen Christopher of Stormlight Pictures, the music video holds close to the storyboard, following the early days of being in a new city while Hopson narrates from the corner of a smoky bar.

The new song is now available for download and streaming; listen to it here.

Hopson knew he had a special song on his hands when “New to Neon” was brought to him by Brad Nowell at SESAC, “Phil O’Donnell and Brian Callihan are among the most celebrated writers on Music Row. Everyone from Blake Shelton to Craig Morgan has sung their big hits! I am honored to get this opportunity to sing one of their songs.” Nowell celebrates working with Hopson on the track saying, “When I heard Andrew sing, I knew this song was perfect for him. We are excited to see where it goes and how Andrew’s career continues to grow.”

Earlier this year, Hopson co-wrote and released his first original single, “Stronger Than That” alongside music industry veteran, songwriter, and producer Steve O’Brien (Brooks & Dunn, John Michael Montgomery). The party song about the scene of a honky-tonk on any given Friday night climbed its way to the Top 50 of the MusicRow chart. The singer-songwriter had previously released a revamped version of John Michael Montgomery’s song “Paint the Town Redneck,” setting the tone for the type of artist he wants to be, holding on to the traditional sound of a 90s Country song while adding a modern touch inspired by his love of both Country, rock and roll and metal music.

Picking up the guitar at the age of eight, Andrew started learning songs by rock bands such as Deep Purple and Led Zeppelin. He took a liking to country music, later on, naming Merle and Hank Sr. and Jr. as Country artists that have left a lasting impression on him. “Country music reflects the heart of our country’s pioneer spirit,” Andrew says of country greats like Waylon Jennings, Hank Williams, and Johnny Cash, who influenced Andrew at a young age as they were spun regularly in the Hopson household.

Not just a country boy at heart, but a country boy through and through, Hopson grew up in the small town of Tazewell, Tenn. spending his free time hunting, fishing, and playing music, “I’m just a country boy singing about country life in East Tennessee,” the newcomer said. The young artist’s live shows come with energy and honesty, “It’s amazing to see the kind of emotion a song can pull from an audience,” he says of his performances as he uses traditional country, a little rock and a hint of a heartfelt ballad to pull the audience in, “ The crowd can hear and feel how much I love performing with every word I sing and every strum of my guitar.”

Andrew continues to write and record and is working towards the release of his first EP. To learn more and to stay in-the-know, visit www.AndrewHopson.com.