Long Island-based alternative rock band QU!ET have released their new single “Halo,” available on all digital platforms now. After undergoing a complete rebrand in the beginning of the year, QU!ET has evolved through trial and error, finding their guitar-driven sound through much experimentation. “Halo” is a personal and honest testament to their evolution – the track is their most poised and captivating song to date. Having built up a dedicated following on Long Island, QU!ET aims to rise with the release of “Halo”.

About the lyrical content of “Halo”, vocalist/bassist AJay Hosking states:

Halo is a song about being in an abusive relationship, At first I thought it wouldn’t be a good idea to write a song like that since it can be such an extremely heavy and uncomfortable topic, and I tried to change the theme of the song to an old western gunfight, like a high noon Mexican standoff, which was a fun idea but ultimately it didn’t turn out the way I thought it would. As I thought more about other things I could write, I kept coming back to that idea of trusting someone with all of your heart, who at first was perfect, and then one day they’re just treating you like utter garbage, and you realize that they’re just using you for their own amusement but you’re afraid to leave them, either because you don’t want to be alone or you’re afraid of what would happen if you did leave.

QU!ET was formed in Long Island, New York by singer/guitarist/pianist Michael Scarabino, singer/bassist AJay Hosking, and singer/drummer Juliana Pitto. The band has been together since 2016 as a three-piece alternative rock band, and they combine each of their unique musical perspectives to craft their sound. As a band full of singers, they embrace three-part harmonies, and share lead vocal duties to express themselves personally.

For the first two years of working together, the three went by the name “Scarabino,” due to Michael starting the project as a solo artist. As the sound and their musicianship evolved overtime, they collectively agreed that their name began to mislead their fans of their identity. On the morning of March 11th 2019, the band reintroduced themselves under their current name. The trio rapidly became known for their energetic and passionate live performances, and share the stage with extra musicians performing horn/wind instruments featured in their new music. Over the years they’ve performed with artists such as XEB (Ex Original Members of Third Eye Blind), Nonstop to Cairo, Will Wood and the Tapeworms, and VISTA. On May 17th 2019, QU!ET’s debut single “Fever Dream” was released, and the band continues to write and record music. “Halo” is available on all digital platforms now. 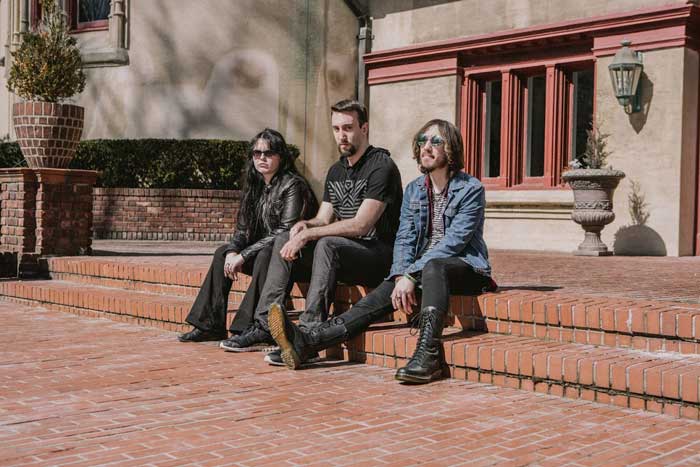