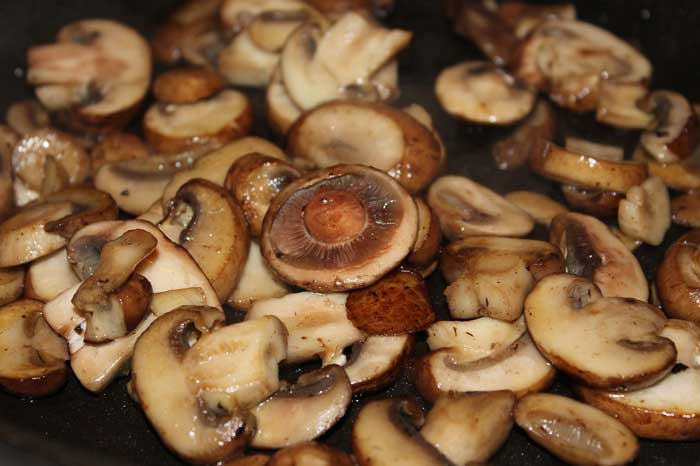 3 Ideas On Adding Fungi To Your Meals

Let’s talk about mushrooms. No, not the ‘magic’ mushrooms that everyone is raving about these days, but the regular, non-psychedelic mushrooms you might buy in your local grocery store.

We all know that these regular mushrooms are considered nutritious and healthy. Unfortunately, most people in society tend to neglect eating mushrooms regularly and may feel that mushrooms are too weird, gross, or watery. Yet recent science is highlighting the unique health benefits mushrooms uniquely provide suggesting that we rethink the way we view these ancient organisms.

The reason for these benefits is the ‘Fungus’ classification. Fungi are neither a plant nor an animal. This distinction between plants and animals is important because, for most westerners, their diet primarily consists of either plant or meat.

The primary benefit of mushrooms that can’t be found elsewhere (at least not in high concentrations like within mushrooms) is the grouping of chemicals called ‘beta glucans’. Beta glucans provide a range of immunological benefits ranging from increased white blood cell production to increased functionality of your immune system.

With that being said, let’s learn more about the benefits of mushrooms and how we can get more of these into our diets! 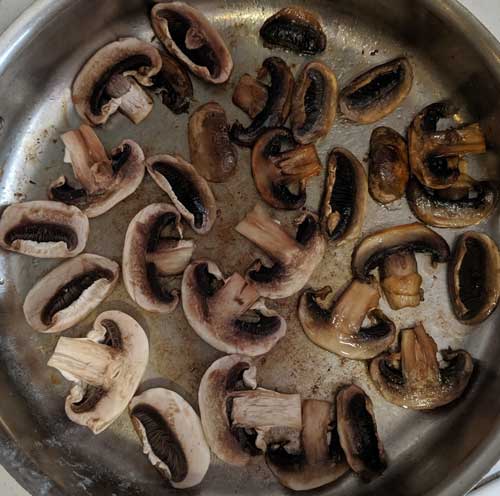 This occurs because mushrooms are primarily water, like most vegetables or fruits. Mushrooms are similar to a plant in that they grow from the ground. Unlike plants, however, generally speaking, mushrooms have both fiber and beta glucans whereas plants only have fiber.

With all this water, it’s important that you properly cook the mushrooms until the water evaporates. I suggest just simply using a stir fry or hot pan. For two large handfuls of mushrooms, I would say 10-12 minutes on high heat. Just add a few dashes of salt and pepper, perhaps some olive oil, and you will have a delicious batch by the end. You can see the well-cooked mushrooms on the images to the right.

Please note that if you start out with a batch of uncooked mushrooms, by the end of your cooking you should have a significantly smaller batch of mushrooms because of the water that evaporated.

If you can be sure to cook your mushrooms properly, then you will avoid ‘watery’ mushrooms.

Once you have cooked mushrooms enough, it’s hard to go wrong. Seriously!

Mushrooms are incredibly flavorful when cooked down properly. They are crunchy but also soft at the same time. They aren’t too flavorful though to overwhelm your tastebuds but provide a mellow sort of taste.

I recommend using mushrooms as a side dish. If you use mushrooms as a main dish, you’ll probably be too hungry by the end of the meal. On the other hand, mushrooms make the best side dishes.

You can add cooked mushrooms too:

As mentioned earlier, beta glucans are found in mushrooms and can help boost immunology and fight disease. Increasingly, beta glucans are also being recognized as a preventative role in helping to prevent and treat cancer as well.

The Food Science and Nutrition journal did a Critical Review in 2019 of beta glucan research and concluded that beta glucans found in mushrooms may help to prevent or slow the spread of cancer.

Beta glucans make their way into your system by being absorbed in your small intestine and being broken into tiny pieces. From there they are digested and eventually begin to interact with your bones and marrow. Your bone marrow is where your body produces white blood cells to fight off foreign germs and viruses.

Once interacting with your bone marrow, beta glucans spur the activation of your immune system. Beta glucans also facilitate the increased production of white blood cells as mentioned earlier, and cytokines that help regulate inflammation.

Now, beta glucans, of course, won’t magically make you healthy. If you’re only sleeping 4 hours a night then this eating some mushrooms won’t magically help you feel better.

But, for health nuts like me, and other foodies who enjoy the delicious flavor, mushrooms can be a novel and beneficial food to incorporate into your diet.

Furthermore, beta glucans are also a source of healthy gut bacteria. Oftentimes we are given the advice to eat yogurt, but if you are lactose intolerant or for some reason do not eat yogurt, then adding mushrooms can help satisfy this need.

So get to the store already and start cooking up a batch!

Jared Levenson is an Intuitive Eating Counselor who helps people with disordered eating. His podcast, Eating Enlightenment, focuses on new ways to think about and eat food. For more information, visit https://eatingenlightenment.com.

5 Tips for Clearing Out Negative Energy in Your Life

Everything You Need to Know About TRT

The Secret to a Fight Free Relationship