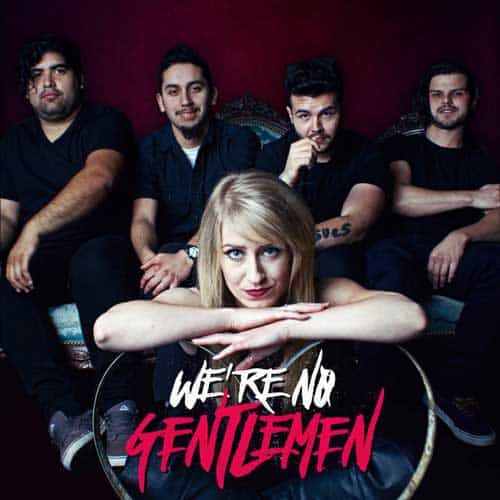 We’re No Gentlemen are an alternative rock band based out of Long Beach, California. The band was founded by drummer Vince Gudino, who had the intention of creating a high energy rock act with female-fronted flare.

That vision was realized when front-woman Amanda Gabel joined the group and shared Vince’s dedication towards assembling a successful and talented lineup. The puzzle was completed with the addition of bassist Daniele Boneddu, guitarist Rikki Juarez, and lead guitarist Dan Schiz. With the lineup solidified, We’re No Gentlemen aggressively hit LA’s live music scene and quickly gained traction. The release of a music video for “Mirror, Mirror” and the self-titled debut EP brought the band fans from all over the world and accolades from the LA music scene’s seasoned professionals.

In early 2017, the band also became the first winner of Break at the Beach, a battle of bands competition at the famous Venice Beach Bar in Venice, CA. Months later, the band won the Battle for Van’s Warped Tour and played the Las Vegas date of Van’s Warped Tour. From performing at bars to mesmerizing audiences at famed venues such as The Viper Room and Whisky A Go-Go, one thing that has impressed music lovers is We’re No Gentlemen’s genuine love for performing and having fun on stage; a passion that is equally shared with their fan-base as well.