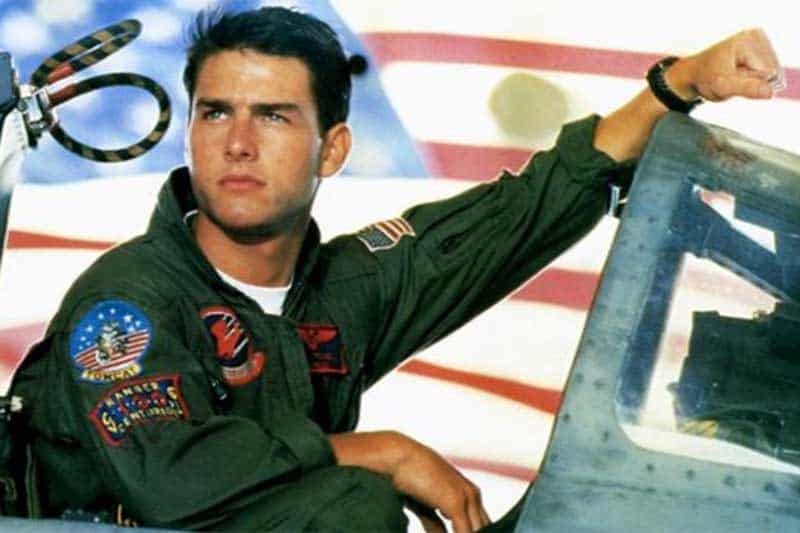 Top Gun: The Philosophy Behind The Film

Pete Mitchell is the star of Top Gun, no doubt. The story is about him and his arc throughout the world surrounding the US Navy’s Fighter Weapons School at the Naval Air Station Miramar in San Diego, California. It is an expansive world that he and his friend, Nick Bradshaw, a Radar Intercept Officer, are introduced once they are given the chance to train at that school. This world alters the course figuratively and literally of these characters during the adventures these naval aviators go on. For Mitchell, goes from a United State Naval Aviator Lieutenant to an instructor at the end of the movie. Bradshaw, unfortunately, passes away during the course of the film, something that affects Mitchell personally as well as professionally with his flying abilities.

One night at a bar, Mitchell meets Charlotte Blackwood, a woman who catches his eye. While things don’t work out well for him at first, she eventually discovers an interest in him because of his inverted maneuvering of the MiG-28 that disproved US intelligence regarding the performance of the enemy aircraft. Alongside his budding romance, he finds himself challenged by Lieutenant Tom Kazansky. He has to battle Kazansky for the Top Gun Trophy throughout the course of the film. His rival ends up winning because of how much the death of Bradshaw weighs on Mitchell and the social repercussions of that from people around him.

Mitchell begins to recognize the impact this school has on him. At first, he and Bradshaw were excited and simply having fun throughout the film training and playing volleyball with their fellow aviators. However, once Bradshaw passes, Mitchell begins to take the work he’s doing a great deal more seriously. The loss of his friend brings reality to what is at first a joyous perfect world he and his friend worked so hard to be part of in the first place. With all the social pressure around him, because Mitchell, despite being cleared, believes he’s responsible for Bradshaw’s death, he starts to think he is not good enough and that he does not have a future as a naval aviator.

What is happening in Mitchell’s life is the ground is shifting below his feet. As a person, he tends to be a bit roguish and rebellious. He is not someone who follows all of the proper rules of combat and tends to exceed expectations on his missions and tests by going against the rules. It’s what makes him who he is but he is also someone who is constantly trying to make his father proud. His dad mysteriously disappeared and he is constantly trying to discover not only what happened to his father but keep his memory alive too.

It’s the tragedy of Mitchell. He is haunted by the ghost of his father and lives in the shadow of him. With life-changing events before him, it becomes all the more challenging for him because of that. Having a father who disappeared caused him to be averse to change. As his romance with Blackwood and rivalry with Kazansky take on different dynamics throughout the movie, Mitchell becomes willing to accept the change coming throughout life. The life he and Bradshaw worked toward is not the same idealized one they had in the beginning. It becomes starkly real and impacts them both in different ways.

For Mitchell, his ups and downs with Blackwood romantically or his unwillingness to accept Kazansky’s superiority in Top Gun exemplify the challenges presented to Mitchell. He has to be willing to accept not only the change around him but the change within himself. When he is doubting himself and his skill set, he is asking whether or not there is a place for him in this school. A smart and brilliant woman and a skilled rival aviator put all of his dreams and image of himself into question.

The question is whether or not Mitchell can accept the change in his life, presented by Blackwood and Kazansky. The answer comes after their final mission at the end of the movie, where Mitchell and Kazansky accept one another. It’s something that allows Mitchell to grow as a person and accept his own failings. Sure, he did not win a black alarm clock but it is still better to have been part of this school and graduated at the end than give up on his dream. Here, he accepts the change and is willing to alter the image of himself that he held so close: he is not perfect as a person and is human as a naval aviator. It’s what finally leads us to the final scene of the film: where “You’ve Lost That Lovin’ Feelin’” by the Righteous Brothers is played on the jukebox at the bar he and his fellow aviators frequented often.

It was the song that was first played when Mitchell and Blackwood met. While he is drinking a beer and not thinking one bit about a black alarm clock, he hears the sound of a quarter put in the jukebox and he starts to hear the music play. He wonders what exactly is going on. With his aviator jacket slung over his shoulder, he walks over to another part of the restaurant and finds himself looking on while normal people look at him and wonder what’s going on. Immediately there, Mitchell realizes it was simply a ghost of the past, a past memory of the good old days that are behind him. With the reality engaged in his life and additionally made real by Blackwood’s acceptance of a job in Washington, D.C., he understands it is the time for him to be an adult and take on the duties of being an instructor.

It’s just when he tries to forget about his tragic past and move forward that it comes back knocking at his door: Blackwood is standing right behind him. At first, Mitchell thinks he is seeing a ghost until he realizes she is the real thing. He understands he can have good times and be an adult at the same time. Mitchell concludes there and then that life is full of good times and bad. It will always be up and down but he does not have to be in it alone.