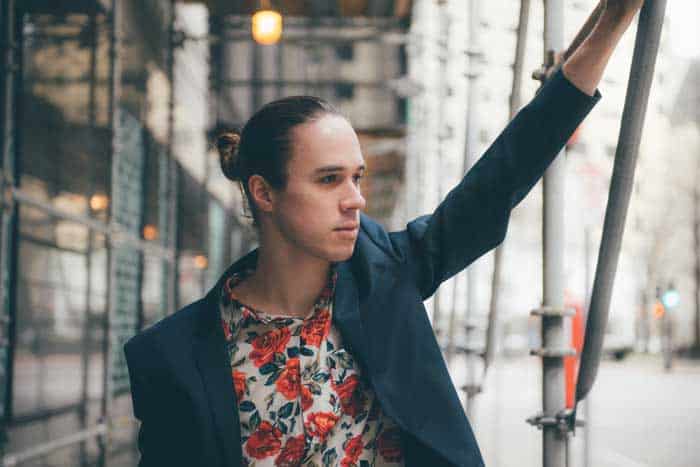 Tano Brock, 22 year-old pop singer-songwriter, multi-instrumentalist, and producer will be releasing his new single “Move” on March 15th, 2019. Featured on the song is San Francisco’s up and coming hotshot reggaeton artist: La Doña.

Demonstrating his developed skill-set as a producer and his varied interests and inspirations as a songwriter and musician, “Move” is the first taste of Tano Brock’s upcoming second album. The completely self-created track showcases a contagious combination of Tano’s new infatuation with reggaeton and his lifelong love of pop. Several of his influences for the track include: Maroon 5, One Republic, J Balvin, Ozuna, and The Weekend, to name a few. Tano’s true genius lies in his ability to bring professional quality to everything he produces from his self-made tiny bedroom studio. Well-respected in his community; he is admired for his exquisite taste, sharp ear, and authentic understanding of a plethora of musical styles.

Born and raised in San Francisco, CA, Tano began studying and performing music at a young age and had an almost super-natural knack for it ever since he began banging on a drum at only a few months old. At age 17, he released his debut solo album “Bandit” (2014) – which garnered significant success and launched his career as a composer for synch licensing. While studying at Berklee College of Music, Tano has taken a hiatus from releasing new music in order to focus on advancing his production skills and perfecting his songwriting. During this time he has explored his deep affinity with world music traditions and traveled to Turkey and the Balkans to study with master musicians, and to Cuba to record a session at a studio in La Habana Vieja. He is also producing for various artists of different styles such as reggaeton artist: La Doña, Colombian/Ecuadorian artist: Gerson Eguiguren, and Ukranian/Azeri Bassist: Han Beyli.

Now, Tano is excited to present a single followed by an album that will be the culmination of his past few years of work.