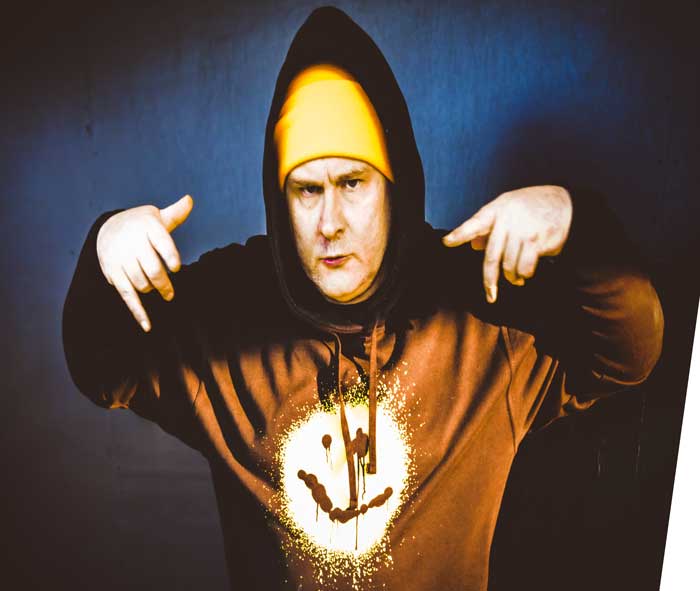 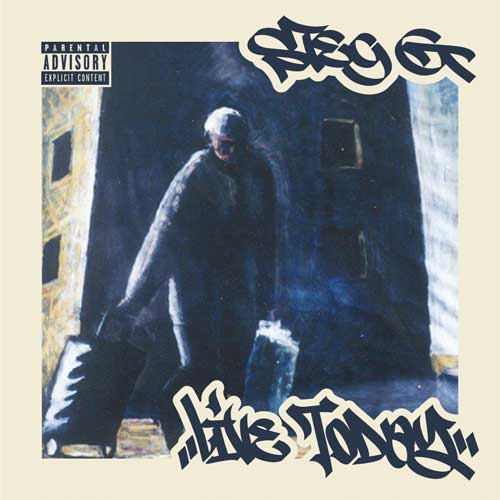 An album that makes you stop, sit up and listen, Live Today is an exploration of masculinity rooted in the streets of Govan.

The album is written, produced and composed by Steg G, aka Steven Gilfoyle, who was the winner of the 2019 Scottish Alternative Music Award for Best Hip Hop.

Commissioned by Glasgow regeneration orchestra, The Glasgow Barons, Steg G is joined on his new album by some of Scotland’s leading rappers including Solareye from Stanley Odd, Empress, Govan rap duo CCTV, and Freestyle Master.

Together, they fearlessly get under the skin of a range of challenging themes: from unemployment, substance abuse and religion, to poverty, crime, mental health and issues around social media.

The 2021 album picks up where his acclaimed 2019 album The Air Inbetween left off and sets about capturing life in Govan over a 24-hour period.

Steg G said: “These issues and stories that we speak about on the album are often voiceless – our daily lives and the issues we deal with don’t normally have a platform. We’re giving voice to thousands of Scots living in a tough, unforgiving ecosystems of addiction, poverty and crime. It speaks a painful, delicate truth about what lies beneath the surface of the mainstream.

“For a while, I’ve been observing just how fast life can be in communities like Govan and how quick things can change in 24 hours.  It’s a constant battle, trying to keep sane and healthy. Many of the themes we touch on have led to the loss of too many too soon – this is a tribute to them.”

Live Today’s rappers are born storytellers and they pull no punches in reflecting, without irony, on life in their communities.

The record was written in the backdrop of the Govan Riots in 2019 and we’re immediately transported to this chaotic scene in the opening track, Wee Small Hours, which sees Steg’s composition punctuated with news bulletins.

Steg recalls being at the scene. He said: “We came back from doing a gig in England and there were Police, gangs, helicopters and riot vans everywhere. The Stephen Spielberg film 1917 had just been shot along the road at Govan’s Graving Docks and he might have been seeing a war from more than 100 years ago but the one I was seeing was right there in front of me. Coming back from celebrating the best of Govan to an appreciating audience, the riots were shocking for us and we thought: this is our home, we need to talk about this.”

To mark the album’s release, The Glasgow Barons will perform the orchestral version to live audiences later in the year, alongside specially commissioned instrumentals Almost Achilles, Always the Heel by Aidan Teplitsky and Scotland versus Scotland by Kevan O’Reilly

Live Today is supported by Creative Scotland and the William Grant Foundation. It was recorded remotely and produced, mixed and mastered at Steg G’s studio The Kitchen. It will be available to buy on CD and download and stream on Thursday, 25 February 2021.