Sayed Sabrina’s set to release her second single “The Pedestrian”, off of her new project “Thou Art That”.

“The Pedestrian” sets the tone, with its sassy attitude and fun, quirky lyrics; that we all can relate to. “The Pedestrian” promises to do really well on Spotify and Radio. Sayed Sabrina’s first single “Goodie Two Shoes”, is still climbing up the New Music Weekly Hot 100, Indie Singles, AC, and Hot AC radio charts. It’s so incredible that “Goodie Two Shoes” exposure to nearly 1 million playlist followers across 50 of some of the hottest indie playlists on Spotify, has resulted in a 35,000% increase in streams for this single. 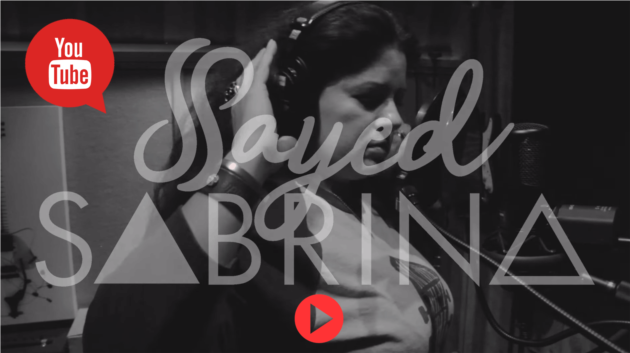 About the Album, “Thou Art That”, Sayed Sabrina says; “I’ve incorporated the styles that have become a part of me and am blessed and extremely grateful for the brilliantly talented people on my latest project. Together we created something very special”.

Sayed Sabrina will be part of The Raw Festival in the historic Gaslamp Quarter in San Diego, at The House of Blues on Oct. 28th, and Nov. 2 at Dizzy’s Jazz Club in San Diego as well. Then Sayed Sabrina will do a local holiday spectacular on Dec.14th at Joe’s Great American Bar and Grill in Burbank.

Sayyed Sabrina’s voice is unlike any other, thrilling her audiences across the globe, her sound has been compared to Shakira with Janis Joplin sprinkled in for good measure, Sayed Sabrina is her own unique messenger, spreading her music, her way.

For interview requests, IDs, station visits or additional information, contact Loggins Promotion at 310-325-2800 or at www.logginspromotion.com

Sayed Sabrina is a native Angeleño who, during the 1980s, was part of the L.A. punk rock scene. Living on the streets of Hollywood, spending time in group homes and juvenile hall, and eventually becoming a teenage mother – Sayed Sabrina learned how the music industry AND the world worked. She later made a name for herself and found acceptance in the blues community with her previous release “Big Boy Blues,” a huge international success and is currently in its 3rd printing – Eventually playing on the same bill as B.B. King, Los Lobos, Jimmy Cliff, Dr. John, Leon Russell, The Temptations, The Motels to name a few. However, Sayed Sabrina doesn’t claim to be a blues singer – “More like a singer that knows what it’s like to have the blues. I like emotionally driven music.”

Sayed Sabrina has been hard at work completing her newest endeavor – “For ‘Thou Art That,’ I’ve incorporated the styles that have become a part of me and am blessed and extremely grateful for the brilliantly talented people on this latest project. Together we created something very special.”

Don’t miss out on new releases. Free Sign Up at AirplayAccess! 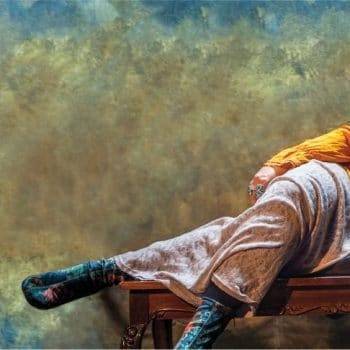 Loggins Promotion, LLC has been the leading radio airplay promotion, marketing, publicity and consulting firm in the U.S. for almost three decades. We specialize within music promotion and marketing and continue to have highly successful campaigns within all genres of music including Top40(CHR), Adult Contemporary(AC), Country, Urban, R&B, Rap/Hip Hop, Rock, Smooth Jazz and College. All projects are regarded as our top priority with total focus of our abilities. We are committed to make your project an examples of the highest level of professionalism and anyone has to offer. In simple terms, give us the opportunity and we will prove it to you by furthering your music career like no other can. We strongly believe our promotional efforts will be beyond satisfactory to you and we are hopeful you will extend to us the opportunity to show you what phenomenal results we produce.