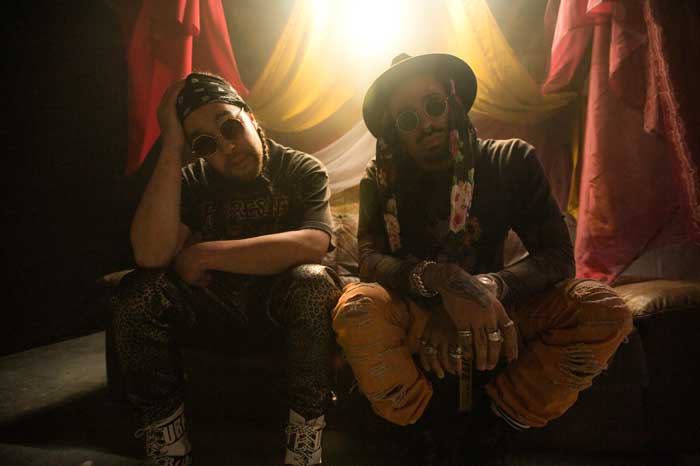 Hailing from the Haisla Nation, Snotty Nose Rez Kids are the combined talents of Yung Trybez and Young D. Formed in 2016, SNRK led 2019 with their third album, TRAPLINE. They recently won Breakout Artist, Indigenous Artist of the Year and Rap/Hip Hop Artist of the Year at the Western Canadian Music Awards (WCMA’s). TRAPLINE was shortlisted for the Polaris Music Prize, marking SNRK as one of only three artists to ever be shortlisted back-to-back years (following the 2018 nominee for their sophomore record, The Average Savage).

Following on the heels of “Where They At” with Drezus, SNRK are sharing another new single today (Native American Heritage Day). Watch the official music video for “Screaming Indian” featuring Skinny Local on YouTube + via Wonderland‘s exclusive premiere.

The title “Screaming Indian” was an idea based off the retired Atlanta Braves logo that was also referred to as the ‘Screaming Savage.’ They were forced to retire it because of the obvious outrage from Indigenous activists who viewed the logo as racist and harmful to our people. The Braves ‘retired’ the logo in 1989 and tried to bring it back in 2013 as a batting practice logo; that is what sparked the idea for us. The world we live in moves fast and people forget quickly. We need to remind ourselves of where we come from and remind the world of what they’ve done to our lands and people. In this song we reclaim and embody the “Screaming Indian.”

“Screaming Indian” originated from a jam session in Vancouver-based Indian label Snakes X Ladders’studio almost two years ago between SNRK and Delhi 2 Dublin producer, Tarun Nayar. Picking up the reigns in 2020 was Surrey-based South Asian trap wave producer, Skinny Local, who breathed new life into the song and brought it back to SNRK to re-record. Written at a time when SNRK were working on TRAPLINE, an album about building bridges to other marginalized communities, the subject matter is fitting. “Screaming Indian” is a joyous and rowdy celebration of solidarity that feels timelier with each passing day. 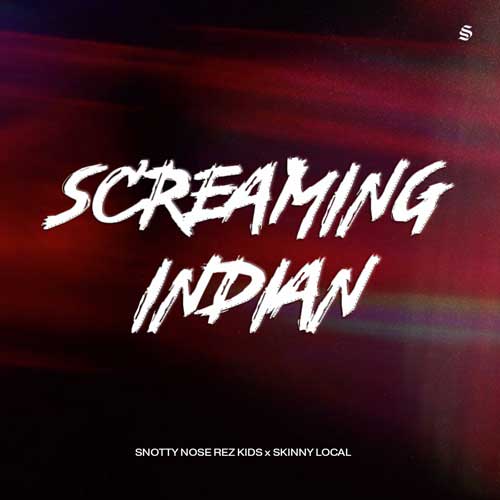 Make no mistake, “Screaming Indian” is not a government sanctioned display of “multiculturalism.” This is an in-your-face vision of what is actually happening right now in our streets and neighbourhoods: real, raw and inspiring. It’s middle fingers up to government sanctioned racism, like the potlatch ban, and it’s an unabashed reclamation of voice, respect for Creator, celebration of culture and identity. It’s tongue in cheek moments like Imma run for prime minister and still won’t pay my taxes that fly in the face of all the racism that Indigenous people have endured at the hands of colonialism and reclamation efforts like reduced government taxation. “Screaming Indian” shows that Snotty Nose Rez Kids are not afraid to shy away from deep subject matter with playfulness and jest.

Auteur Research works within the post-geographic music marketing landscape offering services in online PR, blog pitching, user generated playlisting, social media advertising, rollout consultation and project management. We work alongside artists at all stages of their career to grow their support and ultimately get their music heard.