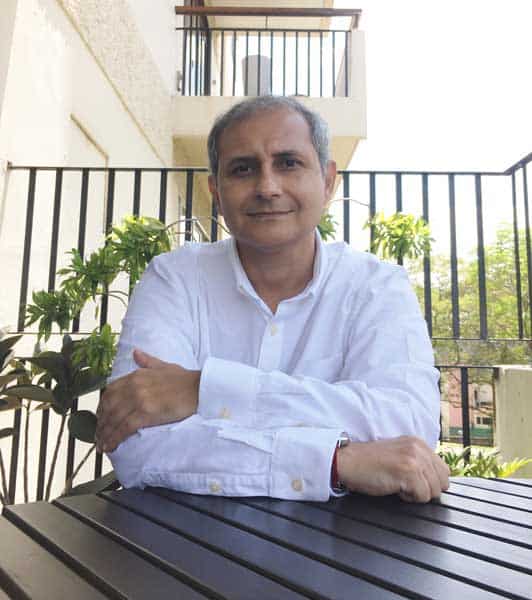 Singapore-born Khaled Talib’s third novel is a departure from his earlier two novels – Smokescreen and Incognito – which has been described as political thrillers, Gun Kiss is more genre bender with intrigues and counter intrigues played out against a backdrop of the war on drugs.

The book has already won high praises from leading international authors like Jon Land, USA Today bestselling author of The Rising. Land who has written 25 novels, said: “Gun Kiss is a whip smart thriller that brings to mind Don Winslow’s masterful work that includes, most recently, THE FORCE. Khaled Talib rockets to the top of the pop culture pack with a tale in which every page is chockfull of angst-riddled action and searing suspense.”

Gayle Lynds, co-founder of the International Thriller Writers and New York Times bestselling author of The Assassins, also praised Khaled for his work. “Gun Kiss by Khaled Talib is a terrific adventure involving the FBI, drug lords, movie stars, and Russian generals. Grab your copy, drop into your favorite reading chair, and prepare yourself for breathless suspense.”

Khaled took just six months to complete Gun Kiss as he himself got caught up in Blake Deco’s adventure. “Under normal circumstances, I wouldn’t have been able to write a 80,000-word novel in such a short time. My first two novels took me a few years to complete. With Gun Kiss, I was as supercharged as the book’s main character. I worked on the story every single day. The characters, the locations, the dialogue and action had me on a high, so much so that I often had to remind myself to surface for air and food. I hope Gun Kiss readers will get to feel the same high as I did and enjoy reading it as much as I did in writing the book.”

Gun Kiss has also received advance praise from the renowned Midwest Book Review, to be officially published once the book is released.

Khaled Talib is the author of two other thriller novels: Smokescreen and Incognito. He is a member of the International Thriller Writers and the Crime Writers Association. He is a former journalist turned public relations practitioner. To learn more about the author, please visit www.khaledtalibthriller.com The rights of the author’s first two novels are represented by The Evan Marshall Agency

Loote Release New Video for “Out Of My Head”