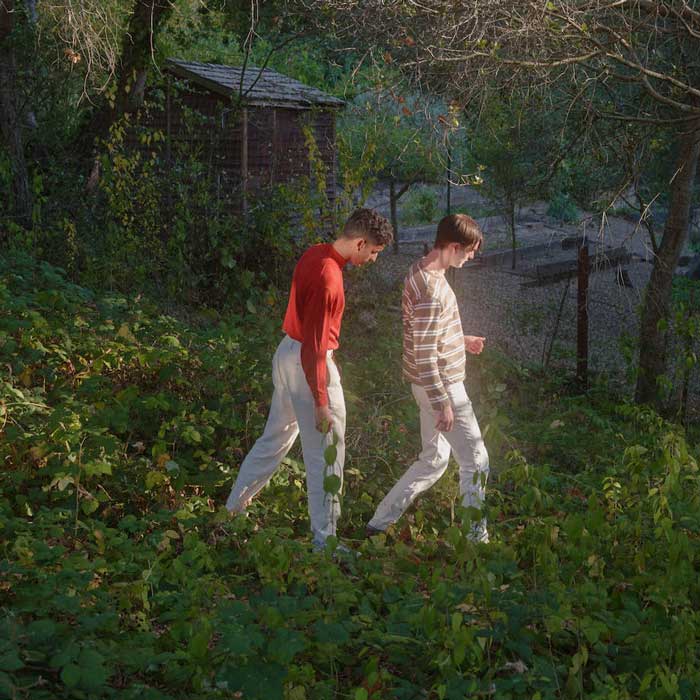 Los Angeles, CA — Rising indie-pop duo, Ruby Red, deliver their aptly named single “Ozone,” a relaxing, yet vibrant track that takes listeners on a journey to the unknown. From inception, the tune immediately captures its audience as Ruby Red expresses the reality of growth via taking a chance in un-calm waters or cloudy skies. The atmospheric slides of guitar strings and melodic bass maintain the track’s exuberance from start to finish. “Ozone” is now available on digital music platforms worldwide.

The indie-pop duo comprised of Daniel Laner and Fernando Fine wanted to release a song not based on their personal feelings, but rather the feelings of the world. “With everything that’s going on, and with all this information floating about, it seems inevitable that ‘the times’ would make their way into some of our songs.” Laner explains that he always held a deep distaste for flying and in turn that hate became one of the inspirations for the single. “I couldn’t shake the feeling of being stuck in a sort of purgatory between the earth and the sky, and in that, the first line was born: ‘A long way to fall this time / Got even farther to climb.'” The duo manages to effortlessly encapsulate the wide range of emotions felt when embarking on a challenging road or discovering a new path.  “Most people have at least one of these moments in their life where they undergo this great, overwhelming migration from what they know and love into the unknown,” Fine explains.

Following the release of their critically acclaimed “Superbloom,” that was lauded by FLAUNT Magazine as “a song that is pungent with lust, like perfume filling a room,”  Ruby Red has teamed up Create Music Group for the release and distribution of “Ozone.” The dynamic publishing and distribution company headed by Jonathan Strauss and Alexndre Williams has built up an impressive roster of clientele since its inception in 2015, most notably championing the music of artists like Future, Lil Yachty, YNW Melly, 6ix9ine and countless others. Ruby Red’s relatable lyrical themes about the trials and tribulations of being young adults have already garnered them opportunities to play at such diverse Los Angeles venues as The Satellite, The Peppermint Club and  The Mint in addition to the partnership with CMG.

“Ozone” is a blissful and thought-provoking track that delves deeper into the unique lyricism and soundscapes that define Ruby Red.