Following the release of her recent, critically-acclaimed tracks ‘Blink of An Eye’, ‘Down’ ft. WSTRN’s Louis Rei, and ‘Skin’ rising R&B star Dolapo continues to make waves with the gritty dancehall remix to it – featuring fellow rising hotshots Alicai Harley and Br3nya, it’s a further defiant, powerful statement of intent  that continues to define Dolapo as a rising talent making moves on her own terms.

Earning her stripes through features on the likes of Tion Wayne’s ‘Home’ and singing backing and co-writing with some of the most relevant new artists in the scene right now – MoStack, ZieZie, Hardy Caprio and Young T & Bugsey to name just a selection, Dolapo’s new collab places her firmly in the serious heatmaker category.

With support already firm from across the tastemaker spectrum (HUNGER, WONDERLAND, VIPER, TRENCH) and radio with BBC R1Xtra’s A.Dot naming ‘Down’ her track of the week, and the “Skin” Remix BBC 1Xtra’s Mistajam’s ‘Jam Hot’, it’s clear that Dolapo is coming through in her own lane and fast: mark as a true breakout name for 2019. 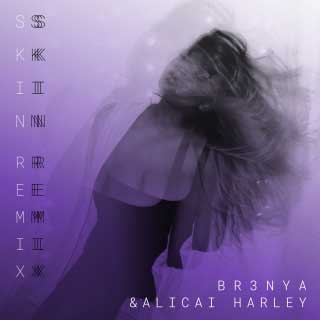