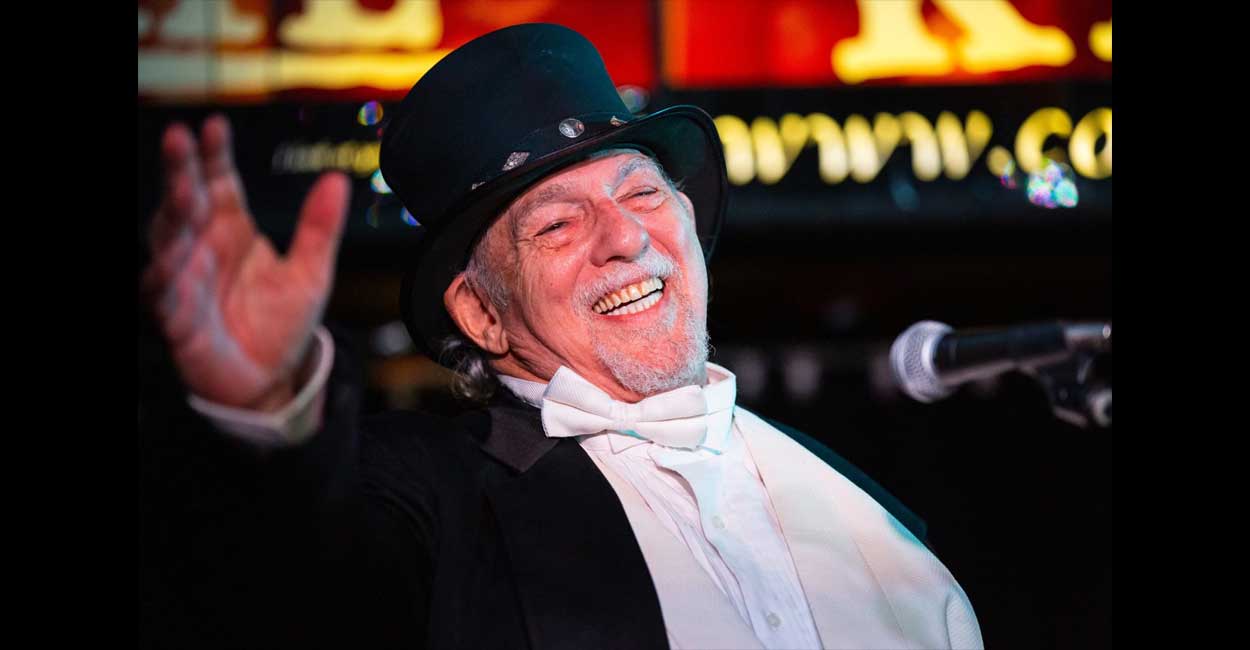 Pianist, singer/songwriter, composer, and band leader, Norman Zamcheck, front man for Real Stormin Norman, has been writing and performing his unique blues, jazz, and rock sound for over four decades in New York City. He’s been gracing the ears of many for years and finally released his newest album, Euphoria. This 6 song album is a culmination of his life as a musician, containing all the elements of his style as a composer and musician with piano based blues, jazz, and Latin New Orleans sounds, all delivered by a brilliant female vocalist and a brilliant band.

The two most impressive songs on the album are “Butterflies” and “Both Sides Against the Middle.” Both are inspired by the events that changed Norman’s life for the better. “Butterflies” is an upbeat jazzy song about inspired by a wedding he attended in Tel Aviv for a friend.  “I chose to release ‘Butterflies’ as a single, because after a long period of suffering and misery, the song expresses what I feel most needs to be expressed; Love, Ecstasy, Hope.” This song is about infatuation, adoration, passion, and the total surrender to love.

“Both Sides Against the Middle” is an autobiography of the beginning of Norman’s career, when he made a suddenly big splash in the New York Music scene. He had a half page spread in the New York Times, appeals from managers and labels, and lines out the door when he played at any venue. He found out that he was more unprepared for this than he thought. He blew a few big shots and made a deal out of desperation. “Both Sides Against the Middle” is a song about the ego trip, the fast money, girls, and illusion, thinking you’re winning when you’re really only losing.

All the songs on the album are incredible. “Spring in New Orleans” is an ode to the city with a 1940’s New Orleans jazz lounge style, “Queen of the Rosebuds” has a more rock and roll meets jazz style, “Fly Away” takes musical inspiration from 940’s and 1950’s jazz and blues, and “Everything is Turning (on the Wings of Love)” is jazzy and bluesy.

“Euphoria is the perfection I’ve always wanted to do,” says Norman. “The songs are beautiful. The singing is powerful. Tight, imaginative arrangements. This album is way more realized than the previous Real Stormin Norman records. We were able to perfect music that I had been working on for years.”

You can find Norman via

Aiden Faire
I fell in love with music when I first picked up a guitar at age 8. When I played, my friends and family would smile and spill with joy over the music I played, even though it was never Grammy quality. While my music career never made it past high school, my love for music never waivered. I loved the feeling of bringing a smile to someone's face through music and wanted to keep that passion going. So, I took it upon myself to continue to support and promote artists by writing about their music. This way, I can support my personal passion for music and bring entertain and joy to others through music.  Outside my love for music, I do enjoy a good hike and being in the outdoors. My favorite place that I've hiked is in Bryce Canyon National Park in Utah. I love to travel too. I've been to Costa Rica, Vancouver, BC, and England, but the best place by far is Germany on Oktoberfest. I liken that experience to being in New Orleans on Mardi Gras. I like a good book now and then, but I'm more of a streaming fiend. I live for crime docuseries on Netflix, veterinary shows on National Geographic, and re-watching Scrubs on Hulu.

Randie O’Neil hasn’t shied away from confronting her past...

Eli Lev is the talented indie folk-pop singer/songwriter who...

With a love for movies and their soundtracks, Skylight...