As you probably know, owning a home has its pros and cons. We’d argue that owning a home is most beneficial, but some big expenses are involved with owning and maintaining a house. Most homes have basements, and if you had the home built yourself, you probably have an unfinished basement—nothing wrong with that. An unfinished basement also means it’s probably not flood-proof—then again, even a finished basement isn’t necessarily flood-proof. There are several possible causes for basement flooding, and we’re going to help you understand a few of them in our guide below. Read on if you’d like to learn more.

You Never Had the Basement Sealed

Whether you built your home or moved into an existing house, you should hire a professional basement waterproofing service. If you moved into an existing home and you’re unsure if the previous owners sealed the basement, you could always ask a professional to come to evaluate the basement. A basement waterproofing contractor will seal the walls and floor to prevent leaks from a number of factors. Moreover, a great contractor will locate and fill any cracks in your foundation, as cracks indicate a moving foundation, which can lead to leaks and ultimately floods.

You Don’t Have a Drain Tile, or It Failed

Every basement has a sump pump, but it should also have a drain tile system. A drain tile is necessary because it reduces the risk of flooding from cove joint seepage. Some home builders install drain tiles in every home, but others won’t reduce costs—either way, you should have a drain tile. You can install an interior or exterior drain tile, both of which collect water and pump it outside and away from your home.

Yes, believe it or not, a window well can be a major cause of flooding for a number of reasons. First, it’s a great place for water to collect if it doesn’t have a drain (but most do have drains). Additionally, it’s prime real estate for leaves, grass clippings, dirt, and debris to build up and clog the drain. There are several ways to flood-proof your window well, and most of them are extremely simple.

Several other causes of basement flooding are more severe and technical, such as differential settlement, which basically means your foundation is uneven. As you might suspect, fixing an uneven foundation is one of those larger expenses we talked about earlier. Either way, nobody wants a flooded basement, so you should do whatever’s necessary to keep water out of your basement. 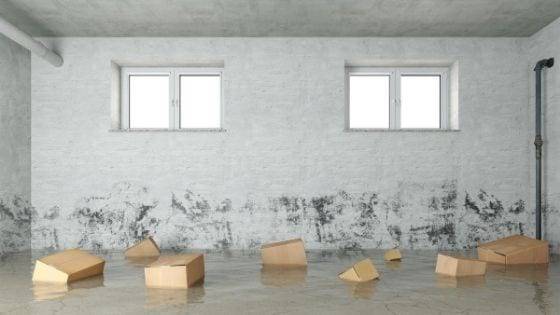