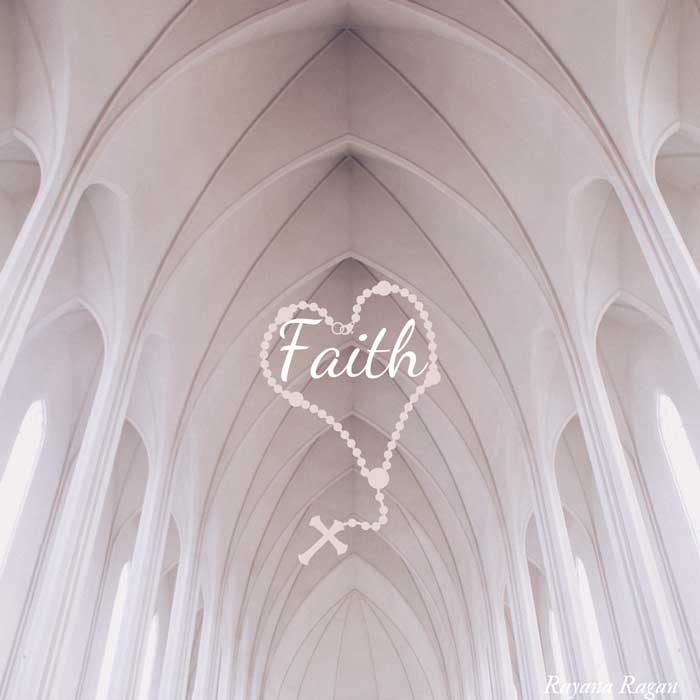 Los Angles, California (November 16th, 2020) – Singer-songwriter Rayan Ragan concludes her EP, “godless”, with the release of her new single Faith. You can stream the new single release by clicking here.

“Faith is about finding the courage to fall in love again after a series of heartbreaks and being left to feel a bit jaded about love and happy endings.” explains Rayana.

Rayana’s debut EP, godless, features past releases including Rock Bottom, Scorned, and Why Mama Why.

Rayana made the decision to pursue a career in music and started training with Valerie Morehouse and Dean Shepherd at Morehouse Vocal Studio in Studio City, CA, home to household name artists like Sia, The Chainsmokers and Miley Cyrus.

Rayana Ragan was born and raised in San Mateo, California by a fashion photographer father and a fashion model mother. At the age of one, Rayana signed her first modeling contract to LA Models.

As an adult, Rayana based herself in Los Angeles, and her focus centered around modeling and acting; in the years, she has come to sign to multiple top modeling agencies globally, including Wilhelmina, Next, and MGM, as well as Luber Roklin Entertainment for acting; she has booked major campaigns for clients such as PacSun, American Eagle, Boot Barn, Fila, Milani, and Burt’s Bees, as well as landed acting roles on projects such as ABC Family’s (now Freeform) Switched at Birth and the upcoming independent film In Other Words.

You can learn more about Rayana by visiting her website www.rayanaragan.com