Philadelphia, PA | April 24th, 2020 – Philadelphia-based alternative rock band Perpetuals have released their new single “Passive Witness,” available on all digital platforms now. After being approached months back about writing a song for a film about the 50th anniversary of Earth Day, Perpetuals approached the task with passion and determination. The final product, “Passive Witness,” is a track centralized around chilling, yet atmospheric production and solemn instrumentation. Perpetual’s passion bleeds through the song, drawing inspiration from nature and transforming their artistry into a track poised for attention. Although written for a film, Perpetuals’ authenticity shines through, finding the band at their best.

About the single, the band states: While recording in the studio a few months ago, someone reached out to us about writing and recording a song for a film about Earth Day: 50 Years in the making. We took on the challenge, and within 2 weeks, we wrote the song, recorded it, and started meeting with our producer to have it mixed. We were asked to not let it be a gentle celebration, but a focus on intensity. The lyrics and the bridge are two aspects we are most proud of in this song. Earth Day is an event that we all have experienced and enjoyed through our lives, but the message of Earth Day now seems to be so much more important to advocate for. In our own growth as artists we have come to cherish the inspiration that we draw from nature and additionally, figures like Greta Thunberg serve for further inspiration and we found ourselves with an opportunity to write not just another song, but write a song that speaks volumes. We hope the passion found in the writing of this song resonates with every listener.

Formed in 2018, Philadelphia-based alternative rock trio Perpetuals is refreshingly reflective. Coming together after working on a range of music projects throughout the 2010s, Perpetuals came to their current identity in 2018. Their sound is distinct, crafted from their variety of musical endeavors, both separate and together. Through reflective and passionate vocals, well-crafted guitar riffs, and energetic percussion, the group thrills all listeners and audiences alike. With styles reminiscent of artists like Young the Giant, Coldplay, U2, and Kings of Leon, the band is known for bringing a raw and emphatic energy to every live show. Their new single “Passive Witness,” which was passionately written for a film about the 50th anniversary of Earth Day, is a clear demonstration of their motivation and artistry. From high energy funk-influenced tunes to open and swaying ballads, Perpetuals is hungry to create music, and be proud of what they create. “Passive Witness” is out on all digital platforms now. 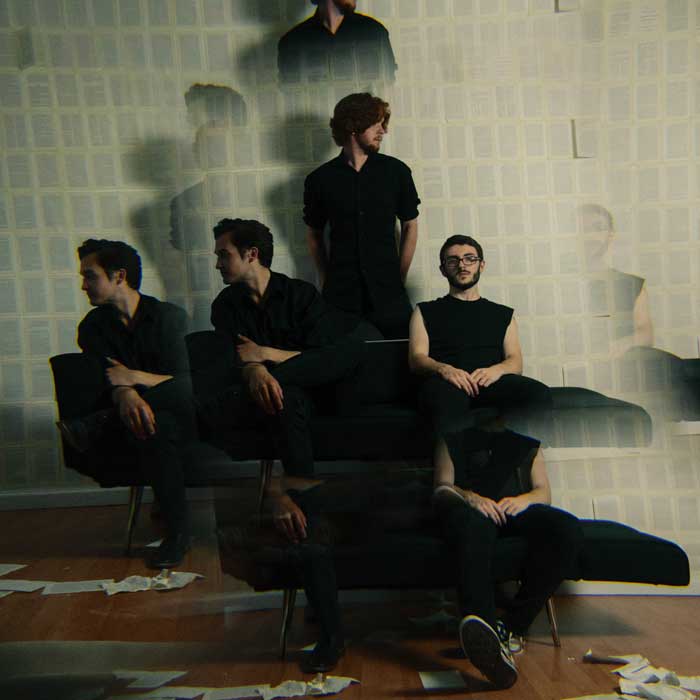