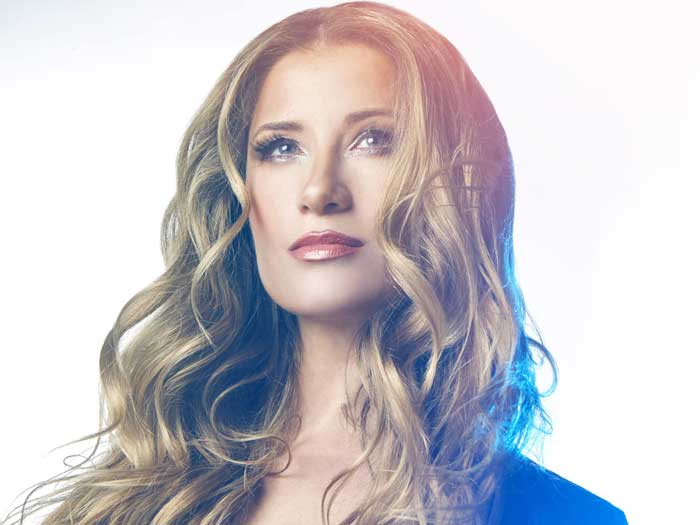 Pop songstress and singer-songwriter Darja shared a new single and accompanying music recently today titled “Thinking About You“. Blending pop hooks and EDM beats, the single reflects on an intoxicating relationship, where star-crossed lovers find themselves stuck in an endless dance; unable to move forward yet also unable to let go. It’s a combination of love, longing, and frustration, with no one to guide the way except for your own self.

“It’s perfect for the summer and lyrically I think it’s very relatable to many of us,” said Darja, reflecting on the release. “I always channel my own past and present experiences… this song is about wanting to be with someone who just isn’t right for you or it is just happening at the wrong time. It’s that painful love story where you keep finding yourself dancing on your own, no matter how hard you try.”

Living in NYC, she found the city as a perfect landscape to further encompass the single and bring it to life, in her accompanying music video, filmed by Rene Auguste. “NYC is that big city where people come to chase their dreams – often relationships or career – but this city will either make you or break you,” said Darja. “There are always so many options and opportunities throwing themselves at you that it becomes quite a task to weed through all the fakers and heartbreakers.” In many ways, the single becomes a representation of a budding dream or love story in NYC. Surrounded by millions of individuals, competition is fierce; dreams can quickly be left in the dust, and it’s all too easy to feel utterly alone, even in the middle of a crowd. The video features a mix of classic city street scenes and scenic NYC locations, including the streets of Manhattan, sections of the High Line, and Brooklyn Bridge, encompassing the hustle and bustle of the city, yet also moments of its solitude and beauty.

Darja teamed up with producer/songwriter Alvin Anthony to write the track, which she described as a refreshing and inspirational experience. “We had this instant connection and just started vibing together to some chords he played,” shared Darja. “I think we wrote this song in two hours. It’s funny how it goes sometimes… two people meeting and being open to the process and music just flows through you. Amazes me every time when I experience it.” They connected with Carlos Restrepov and Luis Abril of Kaballier Music in Colombia for further production, building the single into its final form.

Growing up in locations across Europe, Darja has established herself as a multi-national performer both in music, as well as acting. Currently, with COVID-19 holding NYC and much of the world in a standstill, Darja remains positive. “I had all these big plans before the pandemic hit. The world definitely feels very upside down right now and it’s a bit difficult to navigate the current environment as a performing artist, but I am not despairing.” With multiple projects in the pipeline, she plans for the release of another single titled “Surrender” in coming months, as well as plenty of live-stream performances, harnessing creative energy to see what unfolds. “My creativity has no boundaries and it’s amazing what you can do with even the basic equipment and some good editing,” teased Darja, holding no limits to what’s achievable in unusual times.

“Thinking About You” is out now on all major digital platforms, including Spotify, Apple Music, and Amazon.

About Darja:
Hailing from Riga, Latvia, and being raised in Germany and the UK, the multilingual singer/songwriter and actress, is already moving the international music scene. Splitting time between her education and her music career, she appeared on TV music competitions, including Germany’s Popstars in 2001 and ITV’s Pop Idol, Season 2 in the UK. During Popstars Darja gained significant publicity in Germany and started working on a solo career with Producer Tony Coutura. Darja decided to put on hold a solo record deal offer by East West Records, owned by Warner Brother, to pursue a BSc in International Relations at the prestigious London School of Economics and Political Sciences. While still in college, in 2003 Darja participated in ITV’s Pop Idol (Season 2), where after her performance of Shakira’s “Underneath Your Clothes,” Simon Cowell drew a comparison between her and Shakira: she possesses “that certain X factor,” and as a result, he states, “as a pop star package, I think it was excellent. Very good.”Darja’s performance career started at the age of 4 when she was enrolled into The Academy of Rhythmic Gymnastics, where dance and music inspired her to start creating her own music at a very early age. Her first acting experience came at the age of 12 when she took over the lead role for a film shown nationally on German TV. Her love for acting on stage led to her receiving an Associate of Occupational Studies from the prestigious Academy of Dramatic Arts in NYC; an endeavor that was followed by numerous different acting parts, most notably a national TV commercial for Flatrate and a Voice Over for PUMA starring Usain Bolt.

Having lived in 5 different countries and speaking four languages fluently, this multi-dimensional globe trotting singer, songwriter and performer, is a true citizen of the world, who pours her soul into sounds of haunted nostalgia one moment, and the sound of wild carefree ecstasy, the next. Darja has built a significant following of loyal supporters who helped her generate a major buzz for her performances at Toshi’s Living Room, the RAW Showcase, the Royale Club in Boston, Le Nationale in Montreal, The Plaza Hotel for New York Fashion Week, The Time Hotel in NYC and most recently The Sheraton Hotel for New York Fashion Week.

Through Zilos’ single, “Summer Breeze” featuring her scintillating vocals, Darja has shown she is pop music material listeners can instantly fall in love with. Building on the success of “Summer Breeze” Darja’s single “True Paradise” was awarded Best Pop/Dance Song by The Akademia Music Awards. With a mix of seductive riffs inspired by the music of the Far East – swirled with sexy flavors of Blondie and Madonna – Darja creates a ‘True Paradise’ of sound. Darja’s next single “Rise Up”, produced by the accomplished producers of The Practice Worldwide – who have produced and written songs for world premiere artists, including Miley Cyrus, The Jonas Brothers, Mary J. Blige, Natalie Imbruglia, Shakira, Busta Rhymes, Natasha Bedingfield, and Mýa, among others – has garnered much media attention securing the premier with YourEDM.com and a music video premiere with Yahoo Music as well as an comprehensive writeup by The Huffington Post and live interview at Popdust. The music video is a visual feast directed and edited by Gaudens Martin Zulu, the editor behind the last three music videos of Nikki Minaj. Featuring cinematography by Snyder Derival (Jadakiss ft. Neyo, Justine Skye, Lotto ft. 50 Cent) and choreography by Ana Kisin.