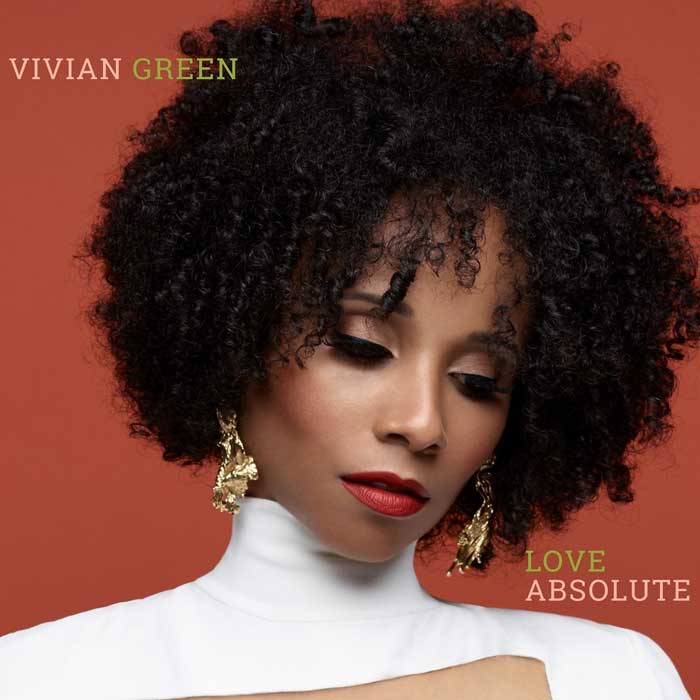 I felt liberated to explore what was in my head without a spotlight, judgment or criticism while recording Love Absolute,” mentions Vivian. “I began writing songs at the piano when I was just eleven years old. For me it is the purest expression of songwriting. My voice and the keys serve as vessels of the music in my head. In my solitude and away from the studio. While that surely comes later, I prefer the raw expression to come first, because there is certainly magic there. That magic is what makes “Love Absolute” different from my previous albums.”

“Every ballad and mid-tempo began at the piano. I went back to the genesis and purity of my craft. While there are tracks on previous albums that came about this way, I never intentionally and insistently made half of an album from scratch,” she recalls. “I’ve listened to “Love Absolute” many times and I must say that it’s wonderfully versatile and beautifully cohesive. It’s gentle, tough, regretful, sexy, honest, loving and gives fans a look into my life. It also conveys self-love; love of my people; love of jazz; love of my privacy; and love of love. I haven’t made an album this honest in some years,” adds Vivian.

Vivian shares, “Kwame was the perfect producer to make this album with, because it’s NOT his preference to write this way. He is one of the most talented persons I’ve ever met and when he is out of his comfort zone, his versatility and genius just soar. The up-tempos and harder tracks are certainly his expression and the softer tracks are mine. We truly balance each other creatively. A few of my favorite tracks on the album includes; “That Kinda Pain”. It’s raw, dark and goes pretty hard. “Where You Are” is probably the most soulful track on the album. It expresses how much I love being with my love.”

“In “We Are Everywhere”, I remind us of how large the trade was, how spread out we are, and how we share the same struggles. “Light Up”, another one of our signature “bangers”! Coming up in a “Wu Tang” household, I couldn’t have imagined that I would have such a hot record with Ghostface Killah. Lastly, “Harlem Blues”, featuring saxophonist Mike Phillips is a song I’ve loved for many years. As a teenager, I used to sing it in talent shows or anytime I was prompted to sing. I’m so excited for people to hear this interpretation and Mike Phillips’ performance is just brilliant,” says Vivian Green. 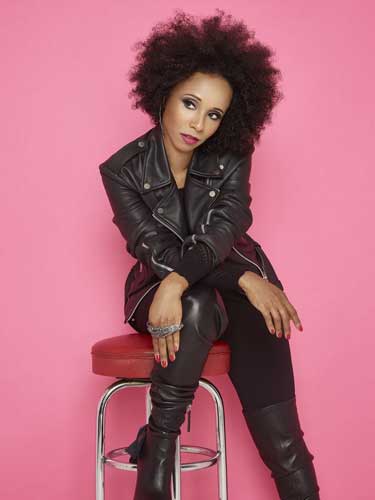 Born in Philadelphia Vivian Green was raised in a home where Motown and other R&B classics were always playing. At fifteen she began to record at multi-platinum group Boyz II Men’s studio and soon received her first professional songwriting credit for the song “Dear God” from the group’s platinum selling album Evolution.

Determined to be a recording artist, Green continued to write and record relentlessly. Her mature, sultry voice and knowledge of the material allowed her to perform in some of Philadelphia’s premiere clubs at an early age. At 19 Vivian landed a recording deal with Sony Music and released her debut album A Love Story in 2002. The album contained her first #1 hit “Emotional Roller Coaster”. The album and single were ultimately certified Gold.

Her second album Vivian released in 2005, produced her second #1 hit “Gotta Go Gotta Leave”. In 2015 Vivian signed with producer and recording artist Kwamè Holland’s label Make Noise Recordings (Capitol Records). The first release was Vivid written & produced by Vivian & Kwamè. This garnered her biggest hit in 10 yrs with “Get Right Back To My Baby”. The single reached #2 on the R&B charts & garnered Vivian a Nomination for a Soul Train Award. The album also included the song “Grown Folks Music (Work)” which was a top 15 Billboard Adult R&B hit.

Vivian & Kwamè followed up with the album VGVI in 2017. The single “I Don’t Know” quickly became Vivian’s 7th top 10 R&B hit. In 2019 Vivian Green and Make Noise records joined forces with The SoNo Recording Group for her 7th studio album Love Absolute. Once again produced by Kwamè along with Vivian, the album keeps her energetic tone while her writing dives deeper into a soulful vibe. Vivian touches on romance, heartache, pain, self-love and the as always socially conscious issues. With guest appearances from Ghostface Killah on “Light Up”, Mike Philips on the classic W.C. Handy tune “Harlem Blues”, and even her family members including her sister and son Jordan.