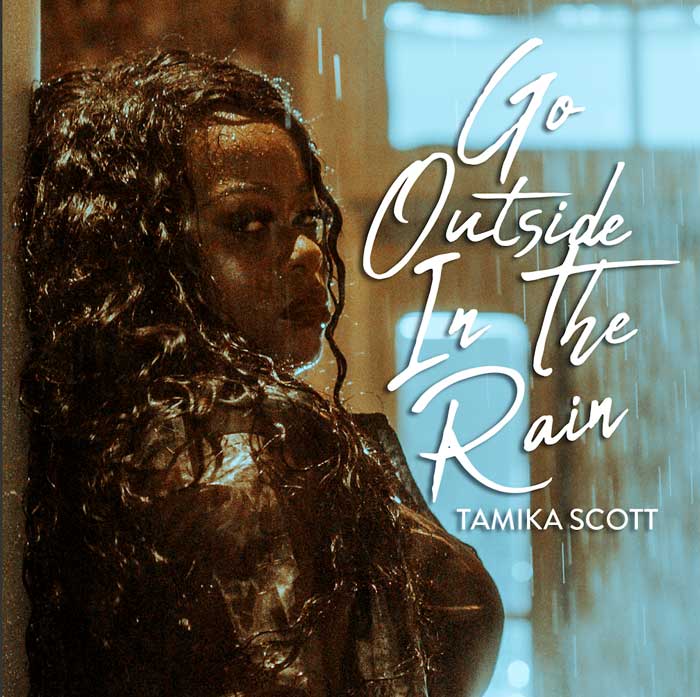 Go Outside In The Rain” is lifted from Tamika’s recently released debut EP, “Family Affair”. The single and EP are both available on all streaming and download platforms now.

Go Outside In The Rain” was written by Darryl Black and produced by Wirlie Morris. “I recorded this song as a tribute to Milira and the original version from the 1990’s. I have always loved this song! I have been singing it since I was a teenager and won several talent shows with this song,” mentions Tamika. “We, (XSCAPE) used to sing it as kids and since I’m the last member to release a solo project, I put it on my EP at the suggested request of my husband, since none of the other ladies put it on their solo projects,” she adds.

The emotional ballad is making its way to listeners hearts as the song is the #30 R&B song in the country with a bullet this week according to mediabase. The Juice BigFellow directed music video captures the feeling of one going through a difficult time and shows the support of friends and family during this process. Notable celebrity friends in the video are Trina Braxton and Patrice Lovely. 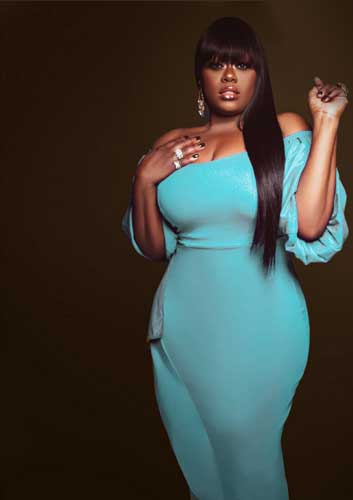 Tamika Scott, “The Voice of Soul,” remains an essential name in entertainment culture for over 25 years! Her illustrious music career has won her Multi-Platinum success, critical acclaim, and celebrated performances around the world as lead vocalist and principal dancer with R&B Group XSCAPE. Tamika has collectively sold over 20 million records globally, featuring the hit singles “Understanding,” “Who Can I Run To,” “Love On My Mind,” “Arms Of The One Who Loves You,” “All I Need,” and many more!

“The Voice of Soul” released her debut EP Family Affair December 2019, with five original songs and one R&B classic, Milira’s “Go Outside in The Rain”! Known as a vocal powerhouse, Tamika’s stunning range and genre-defining soulful tone creates an atmosphere of pure musical artistic expression. Dealing with themes of self-reflection, parenthood, and hope in the face of life-threatening darkness, Family Affair speaks to the human experience in a way that only music and only a master can truly capture. The EP features collaborations with vocalist Q. Parker of 112, producer RL of NEXT and B-Flat with “All of Me.” Tamika’s husbandDarnell Winston is featured on “Almost Over”, an inspirational anthem of hope and encouragement for anyone going through a storm in their life.

Family Affair came about after Tamika went in for a seemingly routine outpatient surgical procedure in January 2019. Two days later, with crippling pain and hours from death, Tamika was rushed to the Emergency Room. Tragically learning of unintentional lacerations of two vital organs and severe internal bleeding, she required 4 additional surgeries and over 8 months of recovery. During this recovery, Tamika’s husband located several songs she had written previously, including “Almost Over,” and played it to encourage his wife of 15 years. Following her final surgery, Tamika and husband/partner Darnell Winston began cultivating her first solo EP Family Affair.

Tamika Scott has an outstanding music repertoire in the film and television industry. Tamika wrote and produced the title song for Tyler Perry’s Why Did I Get Married and later wrote “Greatest Gift” for Perry’s 2007 hit movie Daddy’s Little Girl. Rightfully deemed the hope song of the century, “Sep Aside” won her further acclaim as a songwriter and was performed by Grammy-winning vocalist Yolanda Adams and Grammy-winner Tamala Mann. Tamika has also appeared in front of the camera under Perry’s direction, playing the sassy role of Millay in “Meet The Browns,” one of many acting credits achieved.

Tamika has written hit songs for Billboard chart-topping artists including Anthony Hamilton, Jaheim, Letoya Luckett, Musiq Soulchild, Yolanda Adams, and Tamala Mann. In addition to her work with Tyler Perry, Tamika’s music has been showcased in other record-breaking films such as The Mask starring Jim Carrey and Hardball starring Keanu Reeves. Hollywood is clearly no stranger to Tamika’s catalogue as she continues to share her talent with movie-going audiences and fans worldwide.

Enthusiastic demonstration of excitement and reconnection with their millions of fans resulted when XSCAPE reunited in 2017 at the Essence Festival in New Orleans, subsequently kicking off, “The Great XSCAPE Tour”, with 30 US sold-out arenas! The reunion announcement resulted in pandemonium, as major media outlets exploded with coverage. Fans around the world watched in anticipation as the lead-up to the performances unfolded on Bravo TV’s “Still Kickin It” series. Following their triumphant return to the stage, the group was honored at the 2018 ASCAP Rhythm & Soul Music Awards and the Golden Note Awards. Capitalizing on their success, XSCAPE continued their journey, without member Kandi Burruss and adjusting the group logo to XSCAP3. Their Here For It EP was released in 2018 and features the celebrated single “Memory Lane” produced by Grammy winner Tricky Stewart. The four members of XSCAPE reunited in June 2019 as the group received theICON Award for 25 years in the Music Industry from Black Music Honors.

Tamika Scott is passionate about her FAITH, FAMILY, MUSIC, ACTING, HOSTING, EDUCATION and COOKING. Tamika has three daughters:Armani Winston, Oshun Love, and Young Niyah “Princess of The South”. She is CEO and co-founder of Brolic Entertainment, representing her daughter, performer Young Niyah. Along with her duties as entertainer, entrepreneur, wife, and mother, Tamika also dedicates her time to civic endeavors. As a seasoned speaker and performer, Tamika Scott works vigorously daily to share her artistic vision and phenomenal legacy with the world at large. With close to three decades in the entertainment industry, she continues to show up, set the tone, and make her presence felt! Expect nothing less from THE VOICE of SOUL, Tamika Scott!.