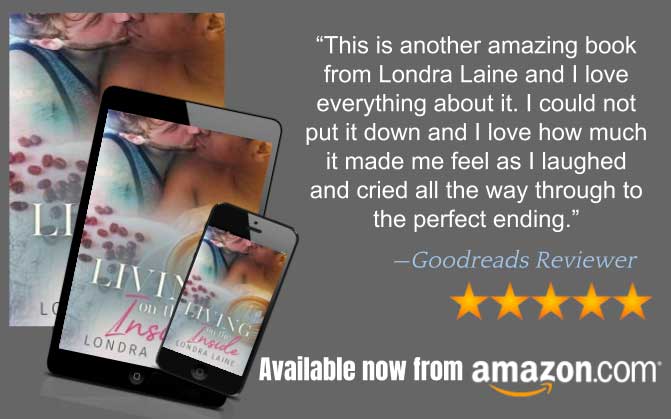 Living on the Inside By Londra Laine

I am thrilled at the opportunity to have a guest post featured on Divine Magazine so you can learn a  little about my new release Living on the Inside. The book is my third self-publication and marks my one year authorversary, so it is an exciting time. I’m still developing as an author, establishing  a voice and a point of view, and doing my best to let the characters in my head be heard clear enough to be put down on paper. Here is what I’ve learned thus far and what you can expect from me as a writer.

This wasn’t a conscious decision when I first started writing, but those were the characters that spoke to me. Full disclosure, I am black, so writing black characters comes naturally to me. What readers may also notice, however, is that my black characters aren’t stereotypical. Growing up, I saw more negative portrayals of people that looked like me than positive, so it’s important to me to show that black people are also just people. We are multidimensional with the same interests, hopes and worries as everyone else. My hope is that people won’t see my books as black MM romance or interracial MM romance – just MM romance.

With the exception of Drew in Forever With You, most of my guys are just average guys. They are inspired by the men in my life: my dad and my bio-dad, my brothers, my uncles, cousins, and close guy friends. I love a good tycoon trope but regular people need love too. I also want people to see themselves in the characters that I write.

After I wrote my third manuscript, which is currently unpublished, it became clear to me that I love telling stories about single dads and I’m particularly good at writing little kids. Micah’s son in Living on the Inside is a teen, but the kids in my two previous books are younger and based on my very precocious nieces and nephews. I think kids are honest and hilarious and sometimes when the adults in the room are having a hard time being honest, kids will keep it 100 and set everyone straight.

All of these elements are present in Living on the Inside. Adrien, who is black, and Micah, who is white, are two men that have spent much of their lives feeling like outsiders until they meet each other. Micah is an ex-con living in his baby mama’s guest house, trying to reconnect with his teen son. Adrien is a book-smart business owner with deep insecurities and a traumatic past. At first glance, the two seem like an unlikely pair — Adrien is Micah’s boss, they come from different backgrounds, and neither of them is looking for a relationship. But love always seems to happen when you least expect it.

Thanks for reading this guest post and I hope that you take a chance on Micah and Adrien! 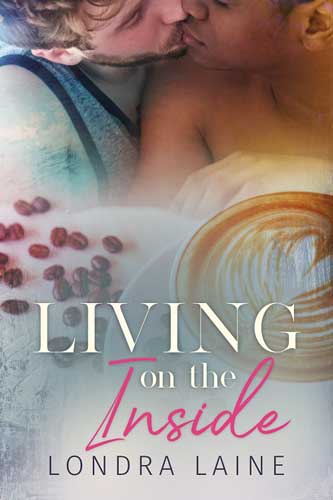 Micah Grayson lives in his baby mama’s guesthouse. It’s unconventional and awkward, but he’s happy for a chance to reconnect with his teenage son. He doesn’t have time for other distractions—no matter how sexy, independent, and compassionate that distraction might be. Besides, he’s not good enough for more than a fling—no one would ever take him home to meet their parents.

Adrien Darling has book smarts, but no street savvy—at least that’s what his family says. And after a heart-breaking betrayal by the man meant to love and protect him, Adrien believes them. But then a gorgeous guy with a defeated look in his eyes walks into Adrien’s coffee shop and makes him want to take a chance.

After years of living on the outside as two misfits looking in, both men are afraid to reach for more. But in each other’s arms, Micah and Adrien find out what it’s like to live on the inside. As their tender bond grows and blossoms, old insecurities bubble to the surface. Will their commitment crumble under the pressure? Or will the two find the strength to fight for each other.

***Please be aware that this book contains a flashback of and several references to domestic abuse that may be triggering to some readers.***

“Is that what we are?” Micah asked quietly. “Friends?”

Then he was surrounded by Micah’s body. Adrien hesitated for a moment before returning the other man’s embrace, locking his arms around Micah’s torso. A few seconds into the hug all the reasons why he needed to pull away from Micah—now—raced through his mind. But he couldn’t make himself do it.

Adrien had been fighting his attraction, but the man had slipped past Adrien’s defenses. Micah’s earnest joy at making progress with his son. His trust in Adrien as he shared his insecurities. His nonjudgmental attitude. Their growing friendship. All those things made him feel strong and needed. Adrien wanted more of that feeling. He leaned into Micah.

Micah sighed as he squeezed Adrien tighter, and Adrien’s body sagged against him, the fight against his attraction to Micah leaving his body. He tucked his head into the crook of Micah’s shoulder, and gave in to defeat, breathing in the salty sweet scent of Micah’s skin, running his palms up the man’s back.

The scent and feel of Micah was heady, and Adrien’s head swam as he let his eyelids flutter shut, let his lips graze the exposed skin between Micah’s neck and shoulder. Micah tensed against him and his breath hitched, making Adrien wonder if he’d gone too far. But then Micah’s palm slid up Adrien’s neck, cupping his nape, grazing a thumb along his hairline.

Micah moved his other hand lower, resting it right above Adrien’s ass, his fingers lightly grazing the swell below Adrien’s hips.

“Adrien,” Micah grated out. Adrien pulled back, slowly opening his eyes. Micah licked his lips, his eyes skimming Adrien’s mouth, and then he leaned forward.

Adrien met him halfway, their lips connecting in a kiss. The light brush became a firm press then flared, hot and wet, as Adrien ran the tip of his tongue against the seam of Micah’s lips. Micah submitted to Adrien’s silent request, parting his lips to give Adrien access to his tongue and mouth.

Then a loud honk made them jerk apart as a car sped past them, headlights bright and blinding. Their chests heaved, and Adrien took in Micah’s disheveled hair and damp lips and wondered if he looked nearly as enticing to Micah.

Adrien’s gaze skittered away, and he grimaced, embarrassment replacing the intense need he’d felt moments ago. What was he doing? He knew better than this. He’d been down this road before. He couldn’t get involved with an employee again.

Then a terrible thought occurred to him. What if Micah felt like he had to hook up with Adrien? Had Adrien pressured him in some way? Shit. Negative thoughts tumbled through his mind, making him dizzy. He had to nip this in the bud.

“Micah, about what just happened—”

“Our kiss?” Micah moved closer to him.

Adrien’s eyes wandered, unable to meet Micah’s. “Yeah, the kiss. I’m sorry—I didn’t mean to—I’m sorry.” He shook his head and Micah stopped the motion by gripping Adrien’s chin between his forefinger and thumb. He lifted Adrien’s face to his.

“I’m not sorry.” Micah’s voice was quiet in the night.

Londra has loved reading since she figured out how to do it. She writes to give her guys the happy ending she wishes everyone––no matter their race, religion, gender, or orientation––could experience in real life.

Londra makes money as a communications manager. She is a former journalist, a runner and a mezzo soprano.

In 2010, she moved from her native California to New York City where she lived in Harlem for nearly eight years. In early 2018 she relocated to Seattle with her spouse.