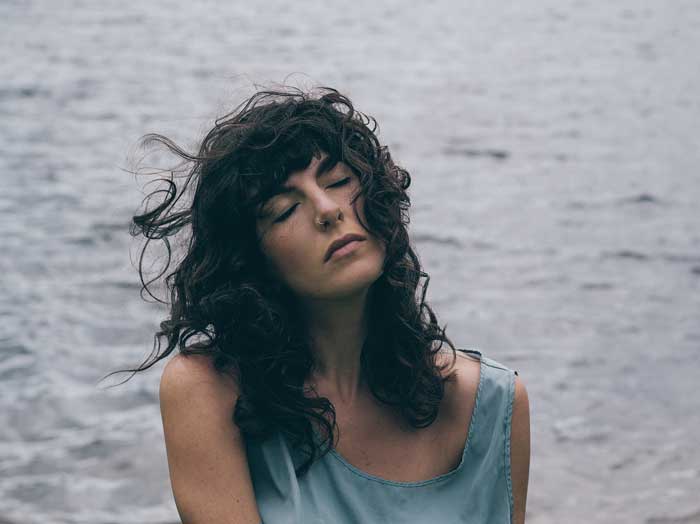 Kéren grew up in a multi-cultural environment influenced by both Western and Eastern music. At the age of seven, she began her musical theater career and learned the guitar as a teenager. After studying at the Berklee College of Music, Kéren moved to the West Coast to pursue her music career. Having collaborated with a variety of artists and producers (including working with Steve Hackman), Kérens journey has taken her across the globe, touring and performing with symphony orchestras including San Francisco, Pittsburgh, Nashville and Oregon.

Her latest endeavour is the new six-track album In Form. The basics of the album was recorded at Dreamland Studios, a mystical converted church in the Catskill mountains of New York. Taking production inspiration from the likes of Björk and Kate Bush, the duration of the album contains somewhat experimental, yet consistent production. You can hear her multi-cultural influences flared amongst the tracks. The collection of songs range from more upbeat, acoustic, folky sounds, with some containing tropical flutters – to more diverse sounding tracks. The album is a real journey from start to finish, an exploration of emotion and growing; glistening with an incredibly diverse range of dynamics displayed in her wonderfully unique vocal tone. It’s the result of an awakening, with each song narrating a pinnacle defining phase and revelation in the artist’s life.

“You Without Me” is phenomenally spiritual. Kéren’s voice flows through like a wave of energy describing her life experiences. The album brings a sense of healing, through listening to In Form you are taken to the heavens with soft guitar, gentle piano that sounds like rain and stunningly vulnerable lyrics. Vocal elements throughout the album consist of ethereal builds and releases, some almost like a cry of emotion fused with her flawless vocal runs that sound effortless.

“Talisman” showcases plucky instrumentation and oscillating soundscapes, setting the backdrop for Kéren’s warm, celestial vocal tones. The song cascades with ethereal, minimalist moments, broken up by infectious, cinematic melodies, which will remain stuck in your head all day.

Then there is “Ever Learn”. Twinkling synths and fun, upbeat rhythms emit a toe-tapping effect. The intoxicating song will have you grinning cheek to cheek.

“Somewhere Else to Go” rounds off In Form with a warm ray acoustic guitar and vocal intimacy. Listening to her music is like embarking on a journey of self-discovery, gnosis and healing. When writing the songs, Kéren says she began her healing journey often in deep inquiry of Self, continuing, “Relationships ended, realizations were made as well as epiphanies and prayers. Those are encapsulated in this album”. Full of moments of goosebumps, it certainly is a masterful piece of work.

As well as her solo project, Kéren took an initiation into meditation practices and healing modalities, using her musical skill set to accompany and deepen her practices. Working with soundscape design, indigenous/world instruments, singing bowls, synthesis and more, Kéren continues to explore music and sound as a means for connection, community, discovery, catharsis, and healing. In Form is currently available worldwide, via Audio Network/eOne.